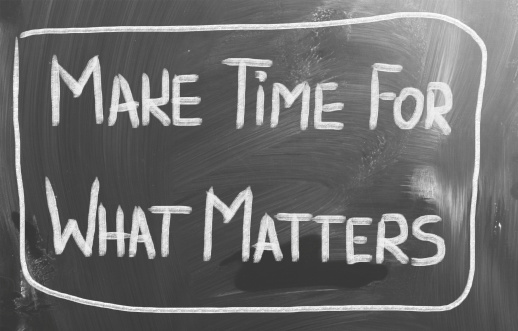 Why do some folks look back on their lives and say they wouldn’t change much? Or anything?

Is there a formula? Some mix of love, work, habits, or attitudes that offers the best chance of a well-lived life?

Researchers at Harvard have been examining this question for 72 years by following 268 men who entered college in the late 1930s.

Just listen to Dr. George Vaillant. Since 1967, the Harvard Medical School professor has dedicated his career to the “Grant Study.” (It was named after its patron, the department-store magnate W.T. Grant.)

Vaillant’s specialty is the comprehensive study of a small number of people over a long period of time.

His subjects were never a representative sample of society. They were all young men from relatively privileged backgrounds.

Yet Vaillant’s findings offer profound insights into the human condition. They have universal applications. And they illuminate the one factor that correlates most highly with a positive life assessment in old age.

So let’s take a closer look…

From the beginning, the Grant Study was meant to be exhaustive. The researchers assembled a team that included medical doctors, physiologists, psychologists, psychiatrists, social workers, and anthropologists.

Participants were monitored, interviewed, and studied from every conceivable angle. That included their eating and drinking habits, exercise, mental and physical health, career changes, and financial successes and setbacks.

They were subjected to general aptitude tests and personality inventories, and were required to provide regular documentation.

Many of the men achieved dramatic success. Some became captains of industry. One was a bestselling author. Four ran for the U.S. Senate. One served in a presidential cabinet. And one – JFK (we now know) – was president. (His files have been sealed until 2040.)

Some of the subjects were disappointments, too. Case number 47, for example, literally fell down drunk and died. (Not quite what the study had in mind.)

Most of the participants remain anonymous. (Although a few, like Ben Bradlee, the long-time editor of The Washington Post, have identified themselves.)

Over the last four decades, the lives of the Grant men were Vaillant’s personal and professional obsession. In his book Adaptation to Life, he writes, “Their lives were too human for science, too beautiful for numbers, too sad for diagnosis, and too immortal for bound journals.”

Yet more than 70 years of data and enabled Vaillant to reach some broad conclusions.

However, his most important finding was revealed in a 2008 interview. He was asked, “What have you learned from the Grant Study men?”

Vaillant’s response: “That the only thing that really matters in life are your relationships to other people.”

The Grant Study confirms what the wisest have always known. That a successful life is not about the grim determination to get or have more. Nor is it about low cholesterol levels or intellectual brilliance or career accomplishments.

Without them, life quickly loses its flavor, whatever material successes we enjoy.

Look back at your life. You’ll almost certainly find that the most significant moments were births, deaths, weddings, and celebrations.

Your most profound moments? When you touched others. Or they touched you.

In times of suffering – loss, sickness, death – it is not prescriptions, formulas, or advice we seek. It is the healing presence of another.

When we forget this – when we think only of ourselves – we choke the source of our development.

Real meaning comes from taking care of those you love, letting them know how you feel.

Fortunately, we have countless opportunities to give a bit of ourselves each day through a thoughtful act, a word of appreciation, or a sense of understanding.

As Dr. Vaillant concludes, true success “is more about us than me.”

What matters the most in life to you?