I hope you had a great Thanksgiving week.

I did. But as I was reflecting on thankfulness, gratitude, and family, I realized we’re just getting to know each other, and I haven’t told you much about me. 🙂

You see, I am most thankful for my wife Carissa, and our 5 amazing children. 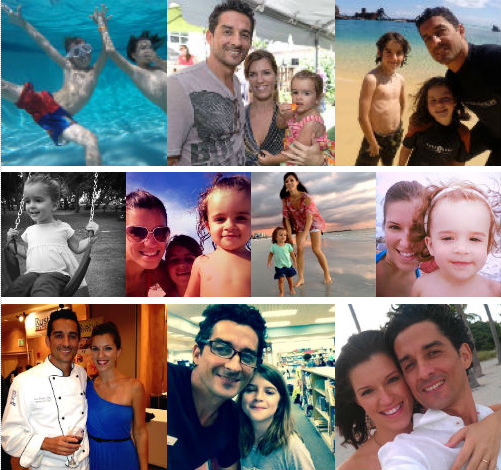 I was born, raised, and trained as a chef in the South of France, and it’s only at age 28 that I came to America to work in a high-end French restaurant in Tampa, Florida.

Which reminds me of a funny story…

That year during a local, live TV appearance on Thanksgiving day, the news anchor asked me how the French celebrated Thanksgiving! Completely caught off-guard, I responded politely as the cameras kept rolling, but you should have seen my face!

Of course, Thanksgiving is the quintessential American Holiday (For the record: there is no Thanksgiving, in France!) and I’m thankful to be an American now, and thankful for my entire family.

I love to cook for them during the Holidays, even though I am also busy with my catering company. (I included my Thanksgiving menu at the end of this email. You won’t believe how long it is! LOL)

Before I sign off, I need to tell you how thankful I am to count you among my Eat More, Burn More family. Since I wrote my second cookbook, your response has been overwhelming and humbling. Thank you so much.

I have great plans for us. And I can’t wait to unveil the next Eat More, Burn More project, which is coming up in January. It’s going to make your life so much easier!