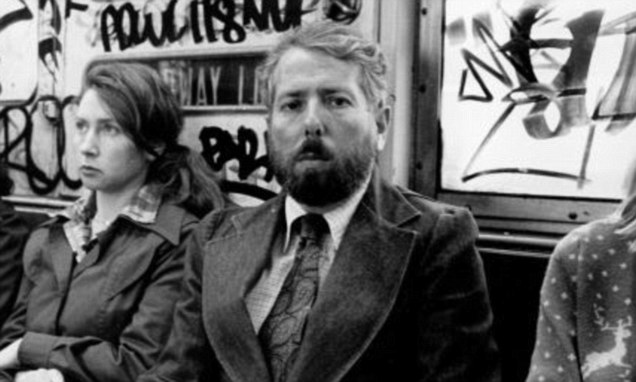 Fred Jones of Peoria, sitting in a sidewalk café in Tunis, and needing a light for his cigarette, asks the man at the next table for a match. They fall into conversation; the stranger is an Englishman who, it turns out, spent several months in Detroit studying the operation of an interchangeable-bottle-cap factory.

“I know it’s a foolish question,” says Jones, “but did you ever by any chance run into a fellow named Ben Arkadian? He’s an old friend of mine, manages a chain of supermarkets in Detroit…”

“Arkadian, Arkadian,” the Englishman mutters. “Why, upon my soul, I believe I do! Small chap, very energetic, raised merry hell with the factory over a shipment of defective bottle caps.”

“No kidding!” Jones exclaims in amazement.

The Small-World Problem was the title of Dr. Stanley Milgram’s paper, published in Psychology Today in 1967.

Milgram never once used the phrase “six degrees of separation,” to describe his experiments — it wasn’t until 1991 when John Guare coined the phrase in his play of the same name.

Guare’s play was evebtually turned into a movie in 1993, starring Stockard Channing, Will Smith, and Donald Sutherland. Not long after, everyone and their mother started referencing the phrase.

Although Dr. Milgram’s findings — that everyone and everything are six or fewer steps away, by way of introduction, from any other person in the world —  are almost 50 years old, they’re just as relevant and applicable today, as ever.

An old video of Mark Zuckerberg resurfaced this week. The video is an interview Zuckerberg did in his dorm room before Facebook blew up.

At the time of the interview, Facebook was called TheFacebook.com, and Zuckerberg had a very different vision for the company. The interview starts with Zuckerberg asking the interviewer, “Should I put my beer down.” Classy, Zuck. Watch it.

While the vision of Facebook has changed a lot since 2005, one thing that remains is the core idea that Facebook is a directory where you can find your friends and other contacts. If that’s still true, then does it make sense for you to start scratching people out of your Rolodex?

Here’s why influencers who participate in NUD are clueless.

The guy you haven’t talked to in 15 years, who dropped out of high school to have 3 kids with 3 different baby mommas, and who is defending Donald Trump’s latest controversial comment in your News Feed, might upset you and seem worthy of an unfriend, but the truth is, he’s invaluable to your network.

That guy is part of your reach.

In Jon Goodman’s latest book Viralnomics: How to Get People to Want to Talk About You he talks about the power of loose connections.

Goodman references a 1973 paper published in the Journal of Sociology called The Strength of Weak Ties. “The paper argued that success is more dependent on one’s peripheral contacts and vague acquaintances than on one’s closest friends,” says Goodman “…one’s close friends had almost nothing to do with one’s success.”

By unfriending your weak ties, you’re actually hurting your chances at success.

This may seem like I’m asking you to rely on luck. After all, how can you measure if someone you vaguely know, happens to like one of your posts, and that liked post shows up in an influencers News Feed, who your friend just happens to be old childhood friends with? You’re right, that would be lucky.

This approach is not easily measurable. But it’s easily scalable, and that’s what makes it so powerful.

Jon Goodman says, “Your chances of success start and finish with how lucky you get. Do everything that you can to increase your chances.”

Here’s what Goodman recommends you do to increase your chances of success today:

1.     Actively Promote Someone Else Every Day

It doesn’t matter if they are in your industry or not. Have a friend in a band? Promote her show. Noticed that somebody you went to grade school with just wrote a blog post? Share word of it.

Post one tip or piece of advice relating to your area of expertise every day. The goal is simple… every single person in your extended network needs to know what you do. Your success depends on whether or not you can stay at the top of the mind long enough so that when they, or somebody that they know, needs your service, product, or whatsinit, you’re the one who gets the call.

I’ll leave you with this story Jon shares in his book about a slacker employee — just in case your boss asks why you’re still on Facebook.

In the early 1900s there was an efficiency expert that excitedly walked into his boss’ office exclaiming that had made a discovery.

He spoke of an employee down the hall who was sitting with his feet on the desk and had been this way for some time. The expert advised his boss to fire the employee.

Henry Ford calmly responded to the efficiency expert by saying, “that man once had an idea that saved me a million dollars. When he got it, his feet were right where they are now.”