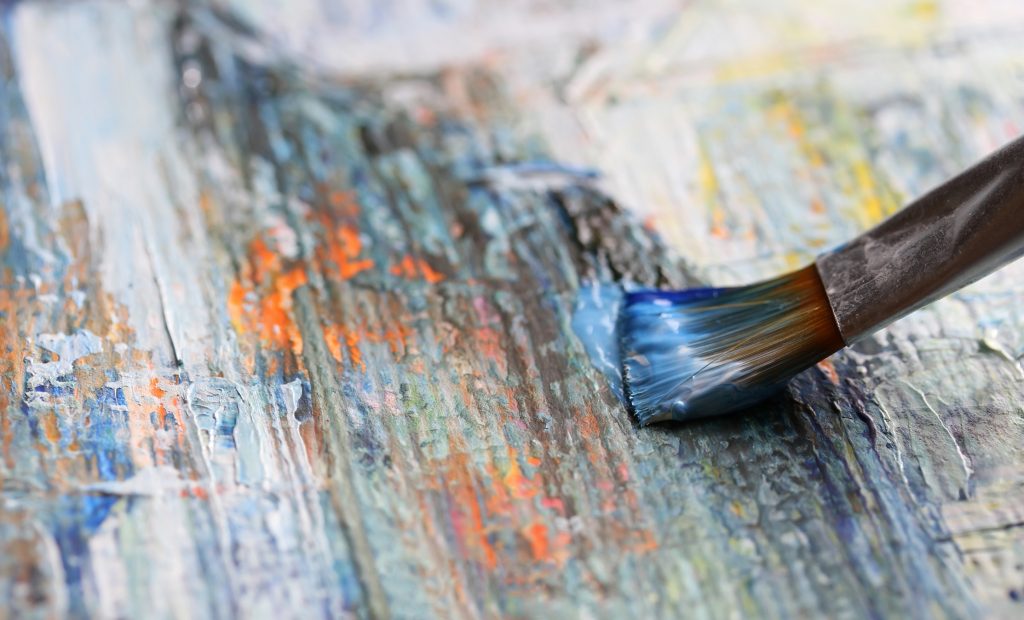 Not every mom puts her kids’ drawings on the refrigerator. Some mothers are critical, even cruel. And to be fair, some drawings are just not that good. But can you imagine being the mother of Vincent van Gogh and ridiculing your child’s work? It sounds crazy, but crazy was a major theme of his life.

Vincent van Gogh led a life of madness, one with many starts and stops that looked as frenetic on the outside as they must have felt on the inside. Only during the final years of his short life was Vincent a professional artist, and even then, a tortured one ridiculed by others, even by his own mother.

So what can we learn from the career of a man whom history either remembers as a lunatic or a genius? A lot, in fact.

False starts can lead to success

An impassioned young man never content to sit still for too long, Vincent van Gogh chased many vocations in his youth.

First, he apprenticed for an art dealer in London, which was an arrangement made by his family and one he eventually resented. This was where the first of many heart-breaking love affairs would occur.

Then he pursued a career in Christian ministry.

After a dramatic conversion experience in London, the zealous van Gogh was determined to enter the pastorate. Unfortunately, he failed the required entrance exam to begin his theological education, which was then followed by another failed attempt at gaining a religious education.

This was a common theme in van Gogh’s life: failure after failure, disappointment after disappointment. When it became clear that in spite of his fervor, he would not likely become a pastor, he was forced to face the facts. He was going to have to find another path. Still, he continued to try to force it.

Van Gogh spent some time as a traveling missionary and evangelist before eventually deciding to become an artist, a vocation he believed might also honor God. At the time, it looked as if he was wandering through life; in fact, his parents were deeply concerned, probably even ashamed of him.

At one point, Vincent’s father looked into admitting the eccentric boy to an insane asylum. But despite the series of seemingly disparate events, in retrospect, we see a pattern: from young Vincent’s long walks as a child in nature, where he marveled at the natural beauty of creation; to an early apprenticeship for an art dealer; to his failed attempts at entering the ministry. None of it was an accident.

There was a force, which van Gogh believed to be God, guiding him through life, helping him find his way. Such a force guides each of us, leading us to our destiny. But the way this force chooses to reveal itself is surprising.

What if you could flatten your belly in just 6 minutes a day?  And what if part of that 6 minutes was EATING?

Fact is, research shows that a simple 6-minute shift in your morning routine can literally TRANSFORM your entire body at record speed…  Even better, my good friend Craig Ballantyne shows you exactly what to do at the link below:

At times, it may feel and look like failure; it certainly did for Vincent. But what’s really happening is our life is being directed, guided in a certain direction, in a way that is beyond our control. As we continue to face adversity, we adapt. We grow.

What made Vincent van Gogh remarkable, and the reason we know his name today, is that he didn’t quit. At no point did he ever give up on the search for his calling. He knew he was destined for greatness, believing God had called him to some sacred service — he just didn’t know what it was.

“My only anxiety,” Vincent wrote in a letter to his brother Theo, “is how can I be of use in the world?”

So he kept going, trying new things until he found something that worked. And as with other stories of calling, this wasn’t something new. It was something old, something he had always loved but hadn’t considered a career, maybe due to the jabs of his mother or pressure from his family to make a living. At the age of twenty-seven, however, Vincent van Gogh decided to become an artist.

It’s a little disingenuous to say he didn’t give up. He did, in fact, quit many things. He just never gave up on that inner nudge he felt to do something significant with his life. He used failure to help him find out what it was, using each closed door of opportunity as a pivot point to send him in a new direction.

Vincent van Gogh failed his way to success. And when he got to his destiny, he realized how everything, from his spiritual frustration borne of growing up under a Dutch clergyman to his obsession with the outdoors, all had a purpose. All these things were preparation; they became his inspiration.

His career as an artist was short-lived, lasting only ten years. His life ended at the age of thirty-seven at his own hands, and he died a poor, mentally ill man. His brother had to finance most of his career, and he experienced little commercial success during his life. And yet, within a hundred years, his name would become famous, and his works would go on to be some of the most valuable in the world.

How did this happen? It wasn’t just luck. There were guides who met Vincent at every stop along his journey. These were the people who both rejected him and affirmed him. Each step was an approach towards greatness, even when that step involved failure.

When he failed, Vincent grew reflective, asking himself what he was doing wrong. And what often happened afterward was a renewed resolve to dedicate himself more fully to his work. As he continued, he found people who resonated with what he was trying to do, even when he didn’t fully understand it.

This very much follows what one psychology calls the “systems theory of creativity,” which I wrote about here. What it takes for an artist to succeed is not to simply master his or her craft and wait for people to acknowledge their genius. It doesn’t work like that.

If you want your creative work to succeed, you have to satisfy three core systems: the self, the field, and the domain.

Practically, what that means is you have to get good, then you have to find gatekeepers who affirm the importance of your work, and then you must do something that changes or contributes to your domain in some way.

For Vincent van Gogh, that meant struggling for years, first trying to find his calling in life, and then dedicating himself to the practice of art to the point that he could acquire enough hours to be great. But that, in and of itself, was not enough.

Vincent had to find people in the art world whom others trusted, and this was difficult. At the time, the way Vincent painted was so bizarre and offensive that people didn’t know what to do with it. It looked like child’s play. But when he met a group of French painters, everything changed. He realized that his dense paint and broad brushstrokes full of bright, vibrant colors had a name: Impressionism.

Then there was his brother Theo, who acted as a patron to his art for a decade, supporting him both financially and emotionally, if not always fully understanding him. The two van Gogh brothers were so closely connected that shortly after the latter took his life, the former joined him in death.

Even in death, Vincent van Gogh had not attained the level of fame his work would soon experience. It was his sister-in-law, Theo’s wife, who saw to it that his paintings were sold and eventually recognized. Were it not for Johanna van Gogh, we may not have ever seen Starry Night or any number of other paintings that are now worth millions.

So what does this mean for us? If we feel, as Vincent did, that we have important work to share, then we must consider the road ahead of us. It won’t be easy, but the reward may be worth the obstacles.

Here are three lessons I think we can learn from this story:

The creative life is filled with rejection and failure, but that’s not all there is to it. There is also success and encouragement and meaning when you understand how to navigate this winding road. Good luck.