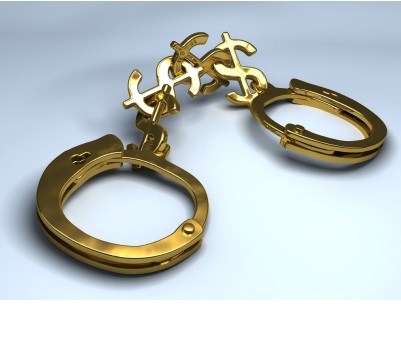 Sometimes it’s difficult to muster up the positive mental attitude to see opportunity in a bad situation. Things get so out of hand that it’s easy to become discouraged to the point of feeling despair. Those are the times when your mettle and sinew are really put to the test – sometimes very long tests.

The longest tests usually come in the form of mass oppression. To man’s shame, history’s list of brutal oppressions is a very long one. From the Jews in ancient Egypt to today’s citizen slaves in North Korea, oppression has been an integral part of human history.

But there’s also an interesting twist to oppression. In virtually all cases, the oppressed eventually escape or overthrow their oppressors and, quite often, begin life anew on a higher plane than before their oppression began.

How this phenomenon occurs is summed up in the words of English poet Francis Quarles. In his description of the concept of compensation, he opined that “there is no worldly loss without some gain.”

Which is to say that every adversity brings with it an equivalent or greater opportunity for success. We see this in a macro fashion in the rise of previously oppressed peoples, such as American and South African blacks.

And, of late, we watch in awe as India continues its incredible rise to the top of the economic ladder. For nearly two centuries (1757-1947), the British had that vast Land of Enchantment by its political and economic throat. And, for the most part, Indians were loyal, well-behaved subjects.

There is no question that the British devoured India’s vast wealth and kept its citizenry in check for nearly two hundred years. But, to its credit, when Britain finally threw in its colonial towel in 1947, Indians took over a country with a ready-made, highly educated workforce.

The British also left India with a language that made it easy for them to communicate with the rest of the industrialized world, a democratic form of government that protected both individual liberties and private property, and a reasonably modern infrastructure.

Given its pro-Western lifestyle and the fact that English is now the official language of the country, it would not surprise me if India became the world’s number-one economic power in the next fifty years, surpassing both China and the U.S. in the process.

In the above examples, the one big problem is that the opportunities available to later generations do not do their oppressed ancestors any good at all. Since you have only one life to live, it would not have been a good thing if, for example, you had been born in the Soviet Union in 1918, lived there all your life, and died before the communist dictatorship collapsed in the late eighties. It’s nice for your descendents to get a start on your shoulders, but it’s even nicer if you can get a start on your own shoulders.

In the case of mass enslavements – such as that of the Jews in ancient Egypt, citizens of the old Soviet Union, and American blacks in the pre-Civil War South – an individual could not take much action against his bondage without being tortured or killed. But that’s not the case on a micro level, because today any individual in a Western country can still take action on his own, at any time, without anyone’s permission. His only constraints are those that he places on himself.

Some people, for example, feel oppressed by their jobs. An acquaintance of mine, well into his sixties, recently told me that even though he became financially secure by working for big corporations all his life, he regretted not having left the corporate world and going out on his own. He lamented that no matter how much money he made, he always felt like a highly paid slave.

It wasn’t the first time I had heard such a complaint. But, guess what? Every person who has made that complaint had a choice. Golden handcuffs in the corporate world are not locked. You can always slip them off. All that is required is belief, determination, and action.

And that’s true of any other area of life where you feel oppressed – even enslaved. Whatever the source of your bondage – job, peer pressure, unpleasant domestic circumstances, etc. – recognize that it is not a macro problem over which you have no control.

On the contrary, you have the power to escape at any time. The only question is, do you have the courage to utilize that power and transform it into action? You can make all the excuses in the world as to why the time isn’t quite right to make your move, but that’s all they will be – excuses.

Throughout history, oppressed peoples would have loved to have been in a position to escape their bondage overnight simply by taking individual action. But, sadly, they could not. In most cases, it took small actions by many generations – over a long period of time – to bring about an escape.

Isn’t it nice to know that you don’t have that problem? In a vacuum, your problems may seem big to you, but, in the overall scheme of things, they are micro in nature. And micro problems can be overcome by taking bold, courageous, individual action. Remember, the only constraints are those that you place on yourself.

[Ed. Note: If you’re ready for a treasure chest of proven ideas, strategies, and techniques that are guaranteed to dramatically improve your dealmaking skills – and, in the process, increase your income many times over – you won’t want to miss Robert Ringer’s bestselling audio series, A Dealmaker’s Dream.

Robert Ringer is a New York Times #1 bestselling author and host of the highly acclaimed Liberty Education Interview Series, which features interviews with top political, economic, and social leaders. His recently released work, Restoring the American Dream: The Defining Voice in the Movement for Liberty, is a clarion call to liberty-loving citizens to take back the country. Ringer has appeared on numerous national talk shows and has been the subject of feature articles in such major publications as Time, People, The Wall Street Journal, Fortune, Barron’s, and The New York Times. To sign up for his e-letter, A Voice of Sanity in an Insane World, visit www.robertringer.com.]

Posted in Careers, Motivation, Self-Improvement, Wealth and tagged guidance, opportunity, success
This error message is only visible to WordPress admins