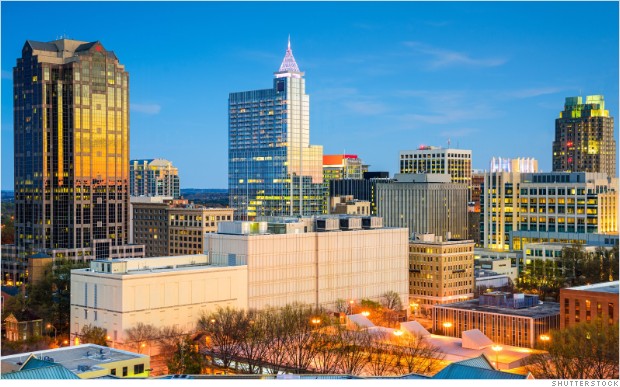 And it’s a great place to find a job. Among the 50 largest metro areas, Raleigh ranked highest in terms of hiring opportunities — i.e., the ratio of active job openings to the number of people living there, according to a new report from Glassdoor. It ranked fairly high in reported job satisfaction as well.

Companies like IBM, Cisco, Wells Fargo and SAS have chosen to have major offices there.

“Couple this with Raleigh’s affordable homes, it’s no surprise that Raleigh stands out as the best city for jobs.” 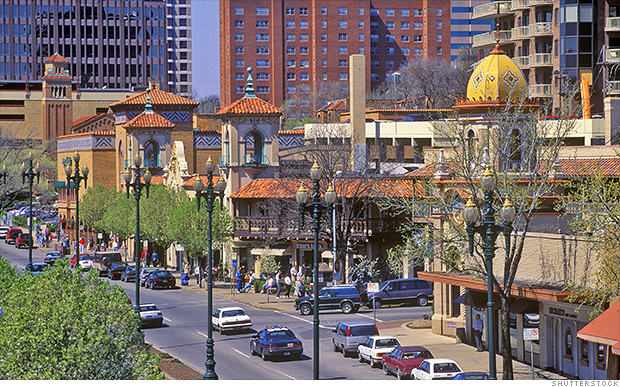 One of the best things going for Kansas City, Mo. is housing affordability, with the median home value coming in at just three times the median base salary.

Among the positions currently in demand: Sales engineers, registered nurses and accountants. 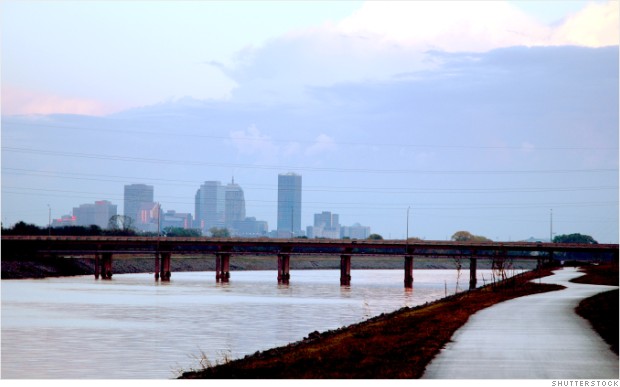 Oklahoma City gets good grades for job satisfaction and affordable housing, with the median home valued at 3.4 times the median salary.

The state government and the University of Oklahoma are major employers in the city, but it’s also known as a center for aerospace and energy jobs.

Among companies actively hiring there are Chesapeake Energy Corp. and OGE Energy, according to Glassdoor. So, too, is payroll and HR software provider Paycom.

Positions waiting to be filled by companies that do business there include software engineers, project managers and business analysts. 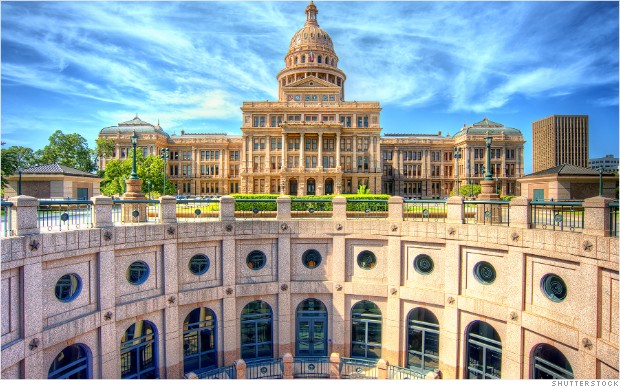 Employers in Austin on the hunt for new hires include Hewlett-Packard, Electronic Arts and grocer HEB, which is short for “Here Everything is Better.”

That jibes with the city’s relatively high job satisfaction rating and hiring opportunity score from Glassdoor.

Software engineers, user-experience (or UX) designers and customer service representatives are just some of the job seekers who will find current openings in the city.

Major employers include the state government of Texas, the University of Texas at Austin and Dell. The city is also home to the headquarters of Whole Foods Market. 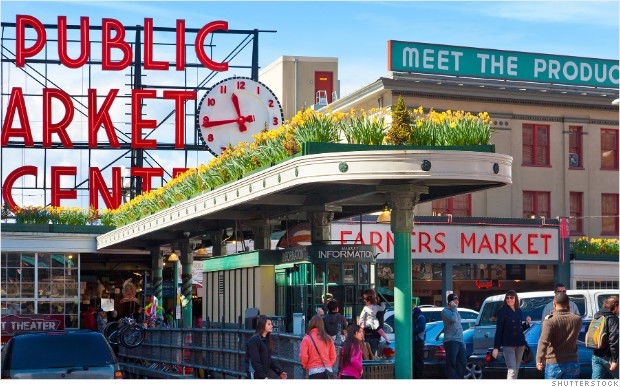 It’s no wonder that Seattle, land of Microsoft, Amazon and Boeing, ranks high on Glassdoor’s list. Roughly 16% of the jobs in the region are what the Brookings Institution calls “advanced industries” jobs — which offer high pay and high growth.

It gets high marks from Glassdoor for hiring opportunities and job satisfaction. But Seattle’s expensive real estate puts the city in the bottom half of high-population metros when it comes to housing affordability. 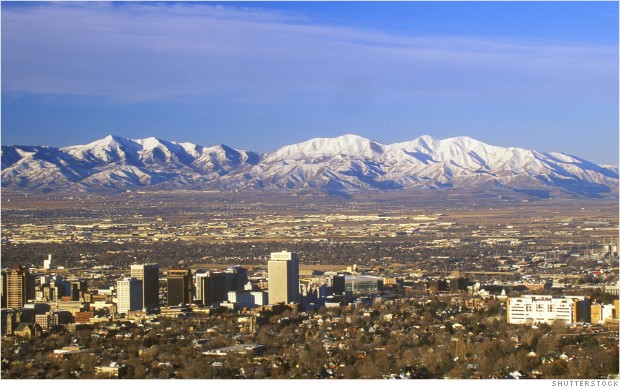 Salt Lake City does best on Glassdoor’s analysis in terms of hiring opportunities and job satisfaction. But for housing affordability, it ranks 34th among the 50 most populous metro areas.

Project managers, pharmacists and retail sales associates are just some of the job seekers who will find current openings in Salt Lake City, according to Glassdoor, while eBay, Macy’s and the University of Utah Health Care — an academic health care system — are among the employers hiring.

Major employers there include the University of Utah, Intermountain Health Care, the Utah state government and Walmart. 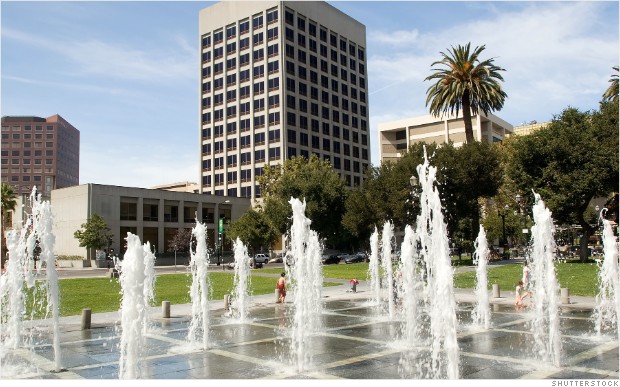 This capital of Silicon Valley boasts a slew of STEM jobs — those that focus on science, technology, engineering and math.

That’s a key reason why San Jose is the No. 1 place for what the Brookings Institution calls “advanced industries” jobs, which offer high pay and high growth. In San Jose, such positions account for nearly a third of all jobs in the area.

The city is headquarters to Cisco Systems, Quantum Corp. and TiVo Inc., among others. And it’s commuting distance to Google and Facebook.

Its ample hiring opportunities and reported job satisfaction is what catapulted San Jose to the top 10 in Glassdoor’s analysis. But when it comes to housing affordability, it ranks near the bottom among the 50 most populous U.S. metro areas. 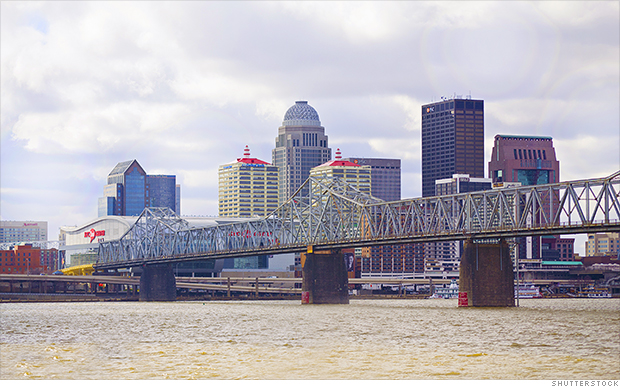 Known as home to the Kentucky Derby, Louisville offers far more than horse racing. It’s the chosen headquarters for shipping company UPS, and more than 120 food and beverage companies, including Yum! Brands.

Of the main criteria Glassdoor used to assess which cities are best for work, Louisville ranked in the top 20 for job satisfaction, housing affordability and hiring opportunities.

Insurer Humana and the steak restaurant Texas Roadhouse are among the employers hiring, and companies have openings for everything from bartenders to research scientists. 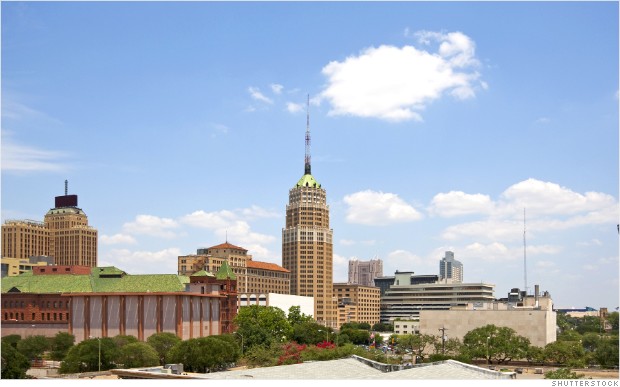 Like Louisville, San Antonio ranked in the top 20 for hiring opportunities, job satisfaction, and housing affordability.

Besides energy, media and financial services, the city is host to companies in the aviation, biosciences and defense industries among others.

Currently the managed cloud company Rackspace and engineering firm KCI are among the employers in San Antonio hiring, and positions in demand include finance specialists and software developers. 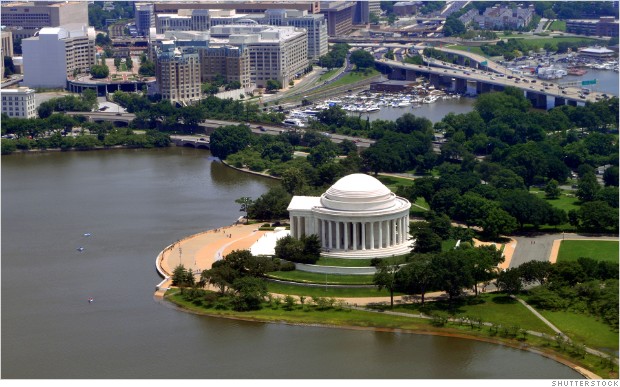 Home to the country’s largest employer — the federal government and all its related consultants, lawyers and policy experts that ply their wares there — Washington, D.C. gets high marks for hiring opportunities and job satisfaction.

The nation’s capital is also one of the country’s most innovative cities, in part because of its green-living initiatives.

And it ranks among Brookings’ top 10 cities that offer a large number of STEM jobs.

But when it comes to housing affordability, the city plummets to No. 42 among the 50 most populous metro areas.

Lockheed Martin, Verizon and Marriott are among those currently hiring. And employers in the area are looking for people to fill positions ranging from intelligence analysts to housekeepers.

Related: You can get a free copy of Mark Ford’s latest book: Living Rich: How to Live as Well as a Billionaire on a Middle-Class Budget. Sign up here)
Posted in Careers, Wealth
This error message is only visible to WordPress admins