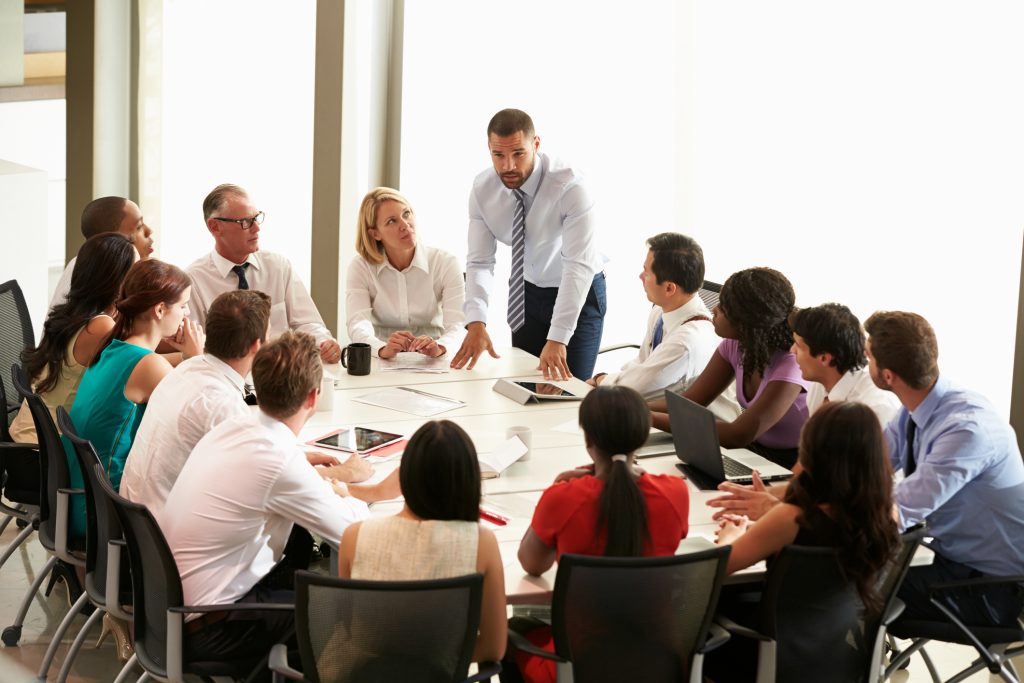 We’re in the silly season, the time of U.S. presidential primaries, and one effect of the media assault is that it makes us examine this thing, this force in our lives, called “leadership.”

It’s easy to think of leadership as something that relates only to the elite few: the CEO, the president, the general, the boss. But silly season notwithstanding, leadership happens everywhere — in our relationships and our families, our communities and our work, and in every domain of our lives.

Whether you are leading an industry or a social movement, leading a department of a company or your own entrepreneurial venture, leading a community or helping to lead a friend through a tough time, you are bound to find yourself in a position of leadership.

You can take leadership.

Or you can give leadership.

Taking leadership, in its classic, most dramatic guise, is the general who seizes power, the armed revolutionary who topples the king and takes his throne, the corporate raider who engineers a takeover. Cassius and Brutus assassinating Caesar. Alexander Haig declaring moments after Reagan’s shooting, “I’m in charge!”

Which is not to say that taking leadership is necessarily a bad thing. Sometimes, especially in times of turbulence and trouble, the situation desperately calls for someone to grab the wheel, take the helm, and assume the place of decision-making before the ship hits the rocks and founders. And it doesn’t have to be in crisis. Sometimes when things are simply stuck, it can be helpful to gently take the lead and move things in a given direction.

But taking leadership, no matter what the context, carries within itself a risk — because taking is taking. Leadership taken so easily slips into dominance, and dominance into tyranny.

Then there is the other kind of leadership: giving leadership.

Rather than seizing the wheel, giving leadership is taking a friend’s hand and laying it on the wheel. Rather than stepping up to be the one others follow, it is being the one who encourages and supports others to step up themselves.

“Giving leadership” is a verb, as in to give leadership to another. At the same time, it’s also a noun, a certain type of leadership, like servant leadership.

The essential identifying trait of giving leadership is that it is an approach to leading that is all about others, rather than about the leader himself or herself. It is the leadership style of one who adopts an other focus, rather than a me focus.

It’s so easy (and so tempting) for a leadership position to be something one sees as a personal asset, a stepping stone toward building one’s own résumé, reputation, or portfolio. A giving leader operates, day-to-day and moment to moment, from the perspective that this leadership position is a way to help build, promote, enhance, and prosper the enterprise and its people first.

A wonderful model of a go-giver leader from antiquity is Cincinnatus, an aristocrat in ancient Rome who fell on hard times and lived as a farmer. When Rome was invaded, Cincinnatus was named dictator for a six-month term. He led the Roman army into battle, roundly dispatched the enemy — and then immediately resigned his office, just two weeks into his six-month terms, relinquishing his unlimited powers to go back to the field and become a farmer again.

The story of Cincinnatus doesn’t even end there. Years later the same thing happened all over again: dire invasion, hasty nomination, quick military victory, and immediate resignation to return to his farm. Twice he had the reins of absolute power in his hands, and gave them over to the people once the crisis had passed.

In more recent times, the commander in chief of the Continental Army of the American Revolution, then clearly the most widely respected man in the nascent nation, willingly gave up his station once the war was won, declining the offer of what would have been virtually monarchial powers. George Washington has rightfully been dubbed the modern Cincinnatus. He’s also a terrific example of giving leadership.

They’re also right around the corner, in your local diners and furniture stores and neighborhood centers. Once you start looking for examples of giving leadership, you find they’re everywhere. Even in the mirror.

Because the truth is, we don’t just elect leaders. We are leaders.

About the Authors: Bob Burg and John David Mann are coauthors of the international bestseller The Go-Giver and Go-Givers Sell More. Their latest collaboration, The Go-Giver Leader has just been released. To subscribe to Burg’s, “The Go-Giver Podcast” visit www.thegogiver.com/podcast. To download sample chapters from their books, please visit www.TheGoGiver.com