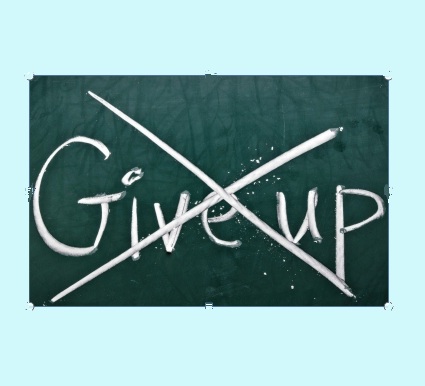 Do you have the mindset of a champion?

Are you able to look at your career challenges and feel certain you can overcome them? Do you feel, like Mohammed Ali and Michael Jordan must have felt, that you have greatness in your soul?

If your answer is “no,” don’t worry. I don’t have that mindset either.

I never did. I never felt like a natural-born winner. I never had the confidence that the people I admired seemed to have.

I doubted I could ever fully understand anything about business when I started writing about it in 1976. Just back from a two-year stint in the Peace Corps, teaching literature to students in Chad, I got a job with a newsletter called African Business & Trade. I remember looking at that name on the door my first day and thinking, “What is the difference between business and trade?” I learned fast.

My next business-related position was as editorial director for a fledgling publisher in Florida. I had a half dozen freelance writers reporting to me. My job was to edit and polish their work. But I could barely understand what they were talking about: robotics and professional practice management and agribusiness, etc. How could I presume to tell them what to do? Again, I learned fast.

When I set out to create and market my own investment newsletter, I was nearly paralyzed with fear. I was not just worried about failing, I was sure I would. But my doubtfulness was proven wrong once again. That publication earned millions of dollars its first year. Today, it has mushroomed into a $70 million investment publishing franchise.

When I first retired at 39 and spent my days writing poetry and fiction, I didn’t imagine for a moment that I’d get any of it published. But in the 12 to 14 months that I did that writing, about a dozen of my stories and six poems were published in literary magazines. Three of them won prizes.

In 1992, Bill Bonner asked me to help him grow his publishing business. I took the job because he made me an irresistible offer. A year later, sales had jumped to $24 million and he asked me if I thought we could eventually be a $100 million business. I remember telling him, “I’d be thrilled if we can keep sales as high as they are. My best guess is that we will get smaller next year, not bigger.” But we did get bigger. And when we hit that $100 million target, I said, “Let’s just be happy with this.” Ten years later, our revenues topped $500 million and our profit margins had doubled too.

When K and I returned from Africa in 1977, we had a $400 car and about $300 in savings. Today, we live in two multimillion-dollar mansions, have tens of millions of dollars in the bank and brokerage accounts, and interests in businesses with a combined value of well more than $20 million.

So I know that you can be successful in life without thinking like a champion. I know it’s possible to accomplish amazing things.

I’m telling you this in case you, too, are full of doubt and fear. I want you to know that you don’t necessarily have to change your “attitude” to be a winner.

I tried to change. I read the books and studied the tapes. I shouted mantras while driving and yelled at myself in the mirror. I did it all, but it didn’t change the way I felt. If I’d had to wait ’til my attitude changed, I’d be waiting still.

Instead, I found something different. I call it the Secret Path for the Timid. It is a low-key, back-door strategy that I believe will work for anyone who has a humble heart and a doubtful mind.

The success I have had came from two very simple ideas:

When I took that job with African Business & Trade, for example, I spent hours every evening in the National Library, studying the subjects I was writing about. I never told my boss I was doing that extra work because I didn’t want him to know how ignorant I was. I simply worked twice as many hours as the other writers. And slowly but surely, I began to know what I was talking about. Eventually, I was as good as any writer on the team.

When I started writing my first sales letter, I hadn’t the faintest notion of how to do it. So I spent several weeknights and weekends reading every successful sales letter I could get my hands on. I copied lines that caught my eye. I made notes about how the sales pitches were structured. I studied how the offers were designed – the pricing, premiums and guarantees- that made those great sales letters so effective.

Gradually, I learned what I needed to know. The mysteries that had befuddled me as a beginner in business and marketing slowly became clear.

Years later, after I had built many businesses and acquired wealth, people began treating me like a champion. They assumed I had natural born talents they lacked.

Part of this was my fault. To motivate the people who worked for me, I put on the mask of a champion. I pretended to be undeterred by any problems and happy to take on any challenge.

I now believe I was wrong to do that. In an effort to motivate them, I was doing the opposite. I was unwittingly suggesting that to accomplish what I had accomplished they had to have my confidence and courage.

I should have told them the truth: that my accomplishments came slowly and painstakingly. The reality was that I was a natural born entrepreneurial dimwit. I should have admitted that and explained that my success was the result of mule-like hard work and monkey-like imitation.

The point of today’s message is that I don’t believe you need the mind of a champion to be successful in business. You need to do only two things: work harder than all those who are competing with you and imitate the actions of successful people you admire.

If you do that long enough you will have the success you yearn for. And as a bonus you will have acquired courage and confidence too.

The courage and confidence I have today was not achieved by mantras or mediation or self-imaging. It was all achieved by the persistent application of hard work and imitation. If you work hard and smart at anything long enough, you will know success. And with each small success, your mind and heart will grow incrementally braver and more confident.

Eventually, you will wear the mask of a champion. But when that happens, remember to take it off in front of those you love and care about.

[Ed. Note: Mark Morgan Ford was the creator of Early To Rise. In 2011, Mark retired from ETR and now writes the Palm Beach Letter. His advice, in our opinion, continues to get better and better with every essay, particularly in the controversial ones we have shared today. We encourage you to read everything you can that has been written by Mark.]
Posted in Motivation, Self-Improvement
This error message is only visible to WordPress admins