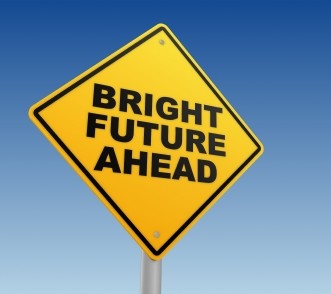 I’ve been asked the question a lot since my book, Career Renegade, came out.

How do you handle fear?

“Well, comes my answer, “that depends. Fear of what?”

“Of failure, of course.”

“Wrong fear,” I add. “You wanna be afraid, really afraid, take a look at what your life will look like not if you try and fail…but if you keep on keeping on for decades. That’s the real nightmare scenario for most people.”

Simple fact, there is no sideways, no coasting…no neutral.

Not in relationships, not in business, not in spiritual growth, not in life. There’s only up or down, though the rate of acceleration and the magnitude of the progress in either direction often leads us to to some very warped perceptions. When we’re rising quickly, life is grand…though very likely unsustainable. When we’re plummeting rapidly, life blows and, similarly, with even a modicum of intervention, this path is rarely sustainable either.

In each of these scenarios, though, the speed and magnitude of the change in the way we experience life is so great and, often, so outwardly apparent, that we – or those around us – are moved to act to either support or redirect our trajectory. Action in the context of such powerful movement is a near mandate.

But, what of those periods where we’re sliding ever-so-slowly up or down?

In those periods, we’re often governed largely not by action, but by inertia. The desire to not rock our own boats. “Hey,” we say, “life’s not so bad. So what if I’m not making what I’d like to make, I’m getting by. So, what if my marriage isn’t great, it’s not THAT bad. Who cares if I’m a little fatter, sicker and in just a bit more pain. It’s not such a big deal.”

Problem is, “I’m getting by. It’s not THAT bad and it’s not such a big deal,” may be workable answers now. But, the only reason they’re workable is because you’re assuming that you’ll stay largely at these same levels over time. That if you don’t do anything substantial to change, 10, 20 or 30 years from now, your business, income, health, relationships will just keep going pretty much sideways, coasting…and you’re okay with that.

Except there is no coasting. There is no neutral. No sideways.

It’s a myth, an illusion. There’s only up or down.

Which means, if you’re teetering on the edge of happiness, health, liquidity and contentment now, then 10, 20 or 30 years from now, if you really paint a vivid picture of your “do nothing to change” scenario, your life will likely be somewhere between really unpleasant and really dead.

Because unaddressed over time,

Your currently “passable” life becomes increasingly painful as you enter the long, slow slide toward death. Because you failed to accept the knowledge that there is no sideways, there is only up or down. Even if the pace is slow, barely detectable. There’s no such thing as sideways.

Which leaves you with a realization and circles back to my original question.

How do you handle fear?

Then, paint lush, vivid, highly sensory pictures of each. Play out your failure scenario, along with it’s recovery. Play out your success scenario. Then, play out your do nothing scenario, 10, 20 and 30 years from now. For far too many, that becomes the real nightmare, the outcome most important to abort. Then tap your fear of manifesting that outcome as a core driver to break your state of inertia and go after the vivid success scenario.

And, the next time you feel like inertia, sideways, coasting…neutral is enough. Think again.

[Ed. Note. Jonathan Fields is a dad, husband, author, speaker, A-list blogger and serial wellness-industry entrepreneur. Fields writes about entrepreneurship and creativity at www.JonathanFields.com and interviews emerging world-shakers at www.GoodLifeProject.com. His latest book, Uncertainty: Turning Fear and Doubt Into Fuel For Brilliance, was named the #1 personal development book of 2011 by 800-CEO-Read.]
Posted in Motivation, Self-Improvement
This error message is only visible to WordPress admins