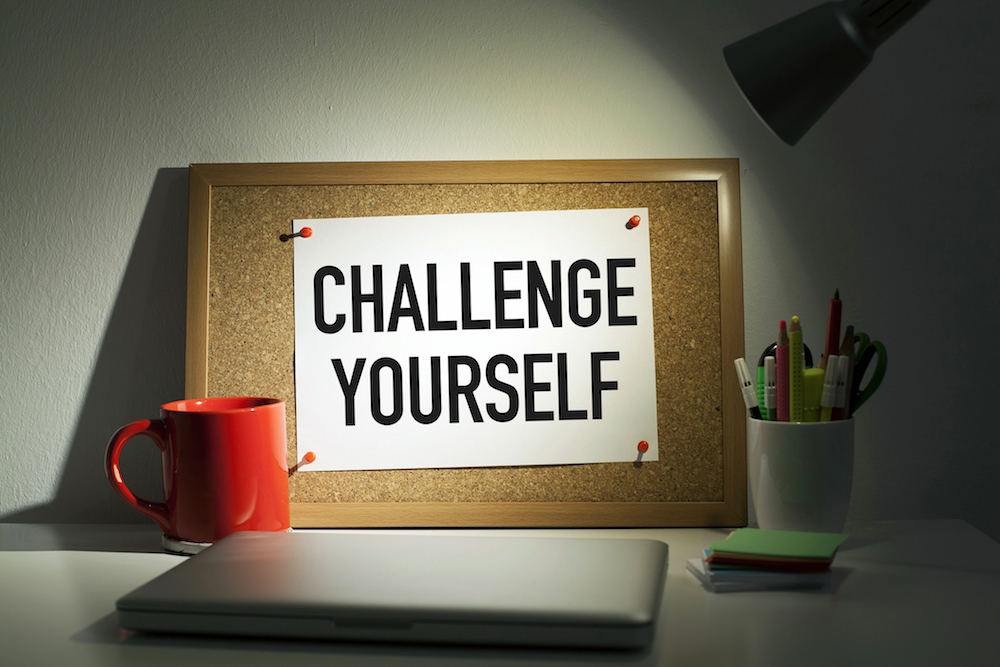 This year is nearly half over. Time is running out on those goals you set for 2018.

What did you dream of doing? Spending more time with the kids? Jumping back into the dating scene? Doubling your income? Writing that book that is burning inside of you? Taking a special trip with your partner, your parents, or your children?

If it hasn’t happened, why not? What’s stopping you from making the big leap?

Or is it you? Are YOU the only thing holding you back from greatness?

Listen, I know a lot of people—even high-performing people—wait for everything to be just perfect before they decide to take big leaps in life. But we both know that the timing will NEVER be perfect for anything. That’s why you must stop waiting, hesitating, or procrastinating. Stop stalling. Start doing.

As Tony Robbins once said, “The path to success [demands] massive, determined action.”

Of course, action—even massive action—will only get you so far. If you’re in Santa Monica and want to get to Central Park, swimming across the Pacific is not the best way to get there. You need a smarter approach.

So it is with your life. You need to be strategic and intentional about that change, and that comes with feedback, accountability, and persistence.

This forward movement is what I like to call the Virtuous Cycle—something I stumbled on over the course of many hard years of self-improvement (and failure).

As I explain in my workshops, one of the reasons people come to me for coaching is because I was blessed with being so BAD in so many areas of life. In my mid-20s I was an introverted, angry, jealous, lazy, selfish binge-drinker.

But here’s why that’s good. Being bad in so many ways forced me to face one of two realities: I could have faith in the change that was possible and commit myself to self-improvement (the Virtuous Cycle); or, I could slide down the slippery slope of self-despair.

As you can imagine, I chose the Virtuous Cycle.

Thanks to that choice, I am nothing like the man I was. I now believe fully in the power of personal responsibility and have set myself free from the shackles of self-limiting beliefs.

I’m also a much nicer, happier guy. Why? Because I chose, among many other things, to improve my practice of daily gratitude. Saying thanks every day—even for the little things—has changed my perspective on life.

Let me share another example of the Virtuous Cycle in action.

Last December, I had the opportunity to work with a new client named Wayne. Unfortunately, Wayne was really struggling. His relationships at home were strained. He was working too much and not making the money he deserved. He was sick and tired of being “on the outside looking in” and knew that he was capable of so much more.

He decided enough was enough. Instead of slipping into despair, he chose the Virtuous Cycle and invested in himself—in positive change—and worked with me on improving boundaries, priorities, and goals.

Guess what happened. It’s now six months after our first coaching session together, and he’s already making an extra $15,000 every month with a brand new business that he loves. His old business is running more smoothly than ever, and his home life is more in tune than it’s been in years.

Imagine what would have happened if Wayne had waited to commit to the Virtuous Cycle. Where would he be now if he had hesitated or procrastinated? He might well be a tired, over-worked bachelor hunting for his own place with no real sense of direction or purpose. His life would be joyless.

Breakthroughs like these are not uncommon with high-achieving entrepreneurs. And yet, I still hear so many stories of unhappy people who are frustrated, stagnating, or stalled—sometimes all three. And it happens simply because they don’t believe in the guiding principle of the Virtuous Cycle—that change is a choice.

We are not rocks. Our limiting beliefs must not hold us back. You and I have the unique ability to change, grow, and develop into our best selves. We can become better listeners, sales people, speakers, leaders, entrepreneurs, innovators, writers—you name it.

How else could I have become a sought-after business coach and mentor?

But before I enjoyed any measure of success, I had to make the choice to quit drinking, to stop swearing, to start smiling, to start loving and living. That was in my power, and I chose to move forward.

You can, too. So, I urge you to take the following five steps so that you can build the incredible success momentum that’s inherent in the Virtuous Cycle:

First, do something outside your comfort zone. Take action. Try “that thing” that you dread (like making selfie videos, singing karaoke, writing a book chapter, or playing guitar). Challenge yourself.

Second, realize that no matter how bad you might have been at your challenge, the world didn’t end. In fact, the experience was probably a little bit fun.

Third, try it again, but do a little more this time. And because you’re better at it (at least compared to last time), enjoy how much easier it feels. Relax and relish the moment. You’re moving forward.

Fourth, review what’s working and what’s not. For example, if you decided to make a selfie video, watch it to see what would make it better. More energy? Bigger smiles? More action? Make another video with these changes in mind.

Fifth, seek out expert feedback. An experienced mentor will teach you basic skills, analyze your performance, and help you improve your techniques. This cuts out years of practice by giving you hard-earned wisdom in a few hours or days.

And so the Virtuous Cycles continues.

Now, knowing all of this…

What is the FIRST STEP that you can take to make progress right now?

It’s step one of the Virtuous Cycle—the cycle that will, when combined with Tony’s massive, determined action—change your ways, improve your life, and defeat your limiting self-beliefs.

If you’re struggling to get ahead or feel like you’ve stalled out, maybe I can help…

I invite you to join me at one of my Perfect Life Workshops, where we’ll spend one-on-one time tackling your biggest obstacles and putting you on the path to virtuous success. It’s helped dozens of high-achievers just like you, which is why I think it would be a perfect fit. Learn more here or reach out to me on Instragram @realcraigballantyne.