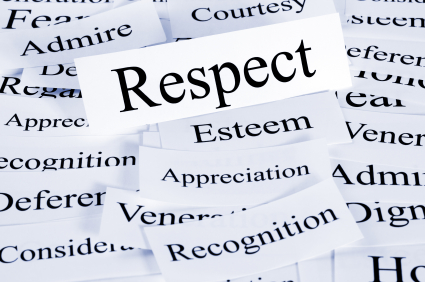 What are the three nicest words anyone could hear?

It was a Thursday morning in the Bellagio hotel in Las Vegas on the first day of our 3-day Mastermind weekend. Bedros Keuilian, my business partner and I had just finished breakfast and we were on our way to teach our clients what was working in our businesses.

As we walked through the labyrinth of meeting room hallways, Bedros turned to me and said, “You know, people don’t hear, ‘I’m proud of you’ enough. I’m making an effort to say that more often to my staff and coaching clients.”

“I agree, that’s a nice thing to say when it’s earned,” I replied, and then asked him, “Do you know what has been the nicest thing anyone has ever said to me?” Curiosity lit up his face and I proceeded to tell him the same story I’m about to tell you.

… It wasn’t until the age of 23 that I started living “my own way” which was the best way for me and my dreams.

But doing so attracted more of the people that I wanted into my life.

There was no more holding back, no more kowtowing, no more trying to impress people by doing things that I did not want to do.

Along my journey of self-discovery, I met a girl. She wasn’t one that I was meant to marry but one that I find myself thinking about from time to time. I’m sure you have one or two of them in your past also.

It was this girl that once said three words to me that were so wonderful that it significantly strengthened my reserve to live the life that I wanted.

She was a girl of few words, but the terms she chose really mattered. And on that late Friday night, when it seemed like it was just the two of us in the universe, she said, “I admire you”, and it meant more than anything anyone else had ever said to me.

I’ve heard, “I love you” so many times that it feels no different than Hello or Goodbye. I’m sure you know the feeling. But to hear those words, uttered for the first time, left an impression on me that still remains to this day. Little does she know that her words still inspire me.

That’s the power of choosing the right words to express your feelings and having the courage to convey your emotions at all.

My mentor, Michael Masterson, a man I truly admire for all he has accomplished and for everything that he has done for me, taught me about the Power of One when communicating. “Every essay should focus on one big idea”, he said.

Well, today, I might disappoint him, because there is more than one lesson to learn from those three words.

The first is on living in accordance to what matters to you. It was only when I released the shackles of other’s expectations that I was able to live a life that inspired admiration in someone else. Girlfriends came and went before this one, but none had been that important or said anything that mattered so much.

The second lesson, is that words are powerful, almost unbelievably so. Think about it. Had she said, “I think you’re great”, I wouldn’t be writing this article right now. It was the way she articulated her feelings that made me feel 10 feet tall. Remember that when you are communicating with your spouse, children, and work colleagues. A little encouragement, said in the right way, can have a tremendous impact.

The final lesson is that you simply must speak up. As William Lyon Phelps once said, “A student never forgets an encouraging private word, when it is given with sincere respect and admiration.”

You never know how you can change someone’s life, how you may impact them forever, and how your powerful words will encourage them to follow their dreams.

Even if, as Maya Angelou once said, “People will forget what you said”, I agree more with how she finished this thought, “but people will never forget how you made them feel.”

Share a few simple words today with someone you admire.