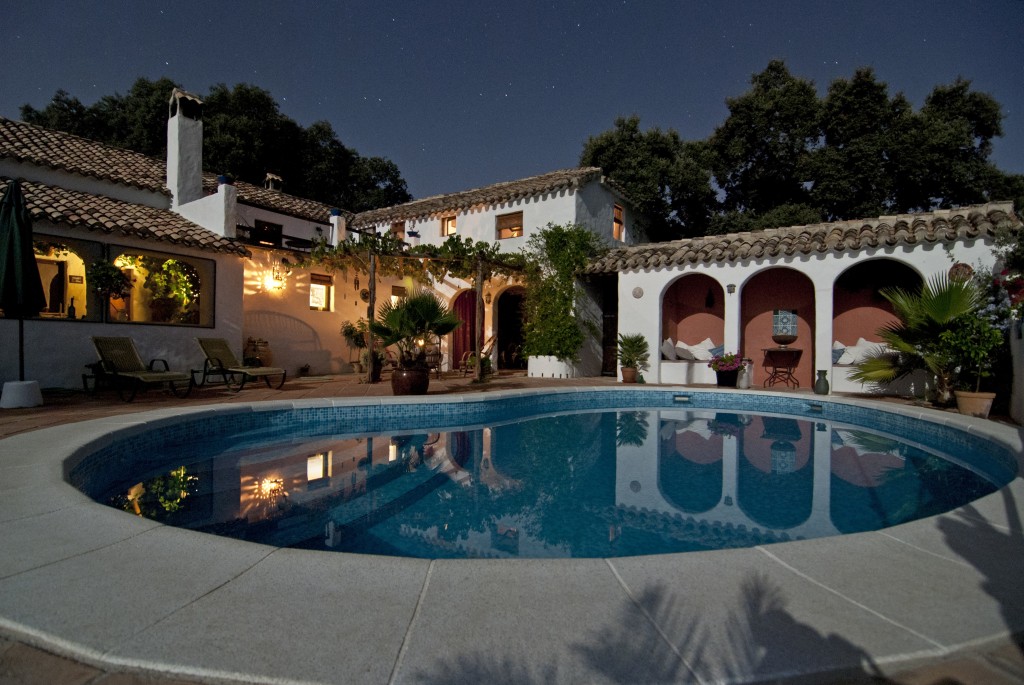 I thought I’d share a personal conversation that took place between my son and I.

Recently, he asked me a question that completely caught me off guard. You see, as a family, I think we’re doing pretty well. We live in a comfortable house, have two cars, take vacations, go out to restaurants, and live like a typical suburban family.

But our suburb is quite wealthy. It’s an equestrian community. Bruce Springsteen has a house here. So does Michael Bloomberg. There are a variety of rich and famous people who spend part of their winters here.

As a result, we have many rich friends (not Springsteen, unfortunately). Out of the blue, my son asked why many of our friends have bigger houses and fancier cars than we do.

He wasn’t being obnoxious. He was genuinely curious. He knows I’m financially savvy, so he wondered why we didn’t live like other people that we hang out with. As I talked to him, I emphasized that the choices my wife and I have made have directly led to our financial well-being and, more importantly, our happiness.

Keeping Up With the Joneses

Growing up, many of my friends were wealthy. We were not. Though I never went without, we were solidly middle class. My dad was an assistant principal and my mom stayed at home.

Because we couldn’t keep up with the Joneses, I never tried. I valued my friends for who they were, not for the houses, cars or businesses that their parents owned. These guys remain some of my best friends 30 years later.

Though my home today is 50% larger than the one I grew up in, it is smaller than those of many of my wealthy friends in my town.

We explained to my son that having a huge house wasn’t important to us. We had moved from an apartment so the house seemed large enough for us. Our priority was creating a home for our family, not the square footage. And by buying the house that we did, it enabled us to invest in rental properties, which generate income.

A few of our friends have very nice cars. One drives a Ferrari. Another is in the market for a Tesla. I explained that cars were never my thing. I really don’t care about cars. I want a safe comfortable ride. That’s it.

I buy my cars used. Don’t get me wrong, I’m not buying a beat-up jalopy. My most recent purchase was a 2013 model with 7,000 miles on it. But this way someone else eats the depreciation for driving a new car off the dealer’s lot – which is thousands of dollars.

The money that we save on cars is used for investing and traveling.

We take a big summer vacation every year. The kids love these trips, and they are something they’ll remember their entire lives.

What You See Isn’t What You Get

I also explained that there are many people who live in big houses and drive expensive cars who can’t afford it. We had a neighbor who, the first time I met him, told me he made $400,000 a year. I hadn’t asked, nor was I particularly interested, but he felt the need to puff out his chest and tell me anyway.

A year later, his business shut down, his house was foreclosed and he was literally pulling trees out of the backyard and selling them for whatever cash he could get before the bank kicked him out.

We have a friend who, at the end of a divorce, went out and bought a new Mercedes, despite the fact that he was going to have to downsize his home because, without his wife’s salary, he would not be able to afford to keep the house.

As I looked around our home, I pointed out that we don’t have a lot of knickknacks. We don’t buy souvenirs from every place we visit. Instead, we spent our money on a very large and comfortable sofa that is the center of our living room and family life. The four of us watch movies on the sofa, play board games and take naps (though that doesn’t happen as often as I’d like).

I told my son that some of the friends with the big beautiful houses or the fancy cars never go on vacation or that they’re a few paychecks away from insolvency.

Those are the choices they made, and if they’re happy then that’s all that matters.

For us, it was more important that we invest our money in income-producing assets and spend our money on experiences like travel.

If you know me, you know that I can be pretty laid back. I do my best to not let things bother me. I’m all about eliminating stress from my life. I try not to associate with people who constantly have drama going on.

Money, and the lack thereof, is one of the most common forms of stress in a marriage. It is not unusual for couples to break up because of money issues.

One thing my wife and I decided early in our marriage was not to let our finances become a source of stress. When times were tough, we’d scale down our lifestyle. We’d save for rainy days and if one person was working particularly hard, the other person would support them as much as possible.

I pointed out to my son that he probably never heard his mother and I argue about money. One of the important reasons is that we didn’t put unnecessary financial stress on ourselves.

As I finished our discussion, I explained that, sure, some of our friends have nicer houses and cars. Some have more money than us. Some don’t. But that none of it mattered. What was important was that we were making choices that allowed us to live the way we wanted.

I asked him, “If we had an extra million dollars in the bank, would you want us to do anything differently?” He thought about it for a long time. Finally, he answered. “I don’t think so. I like the way things are.”

[Editor’s note: This article was originally published on Investment U.]