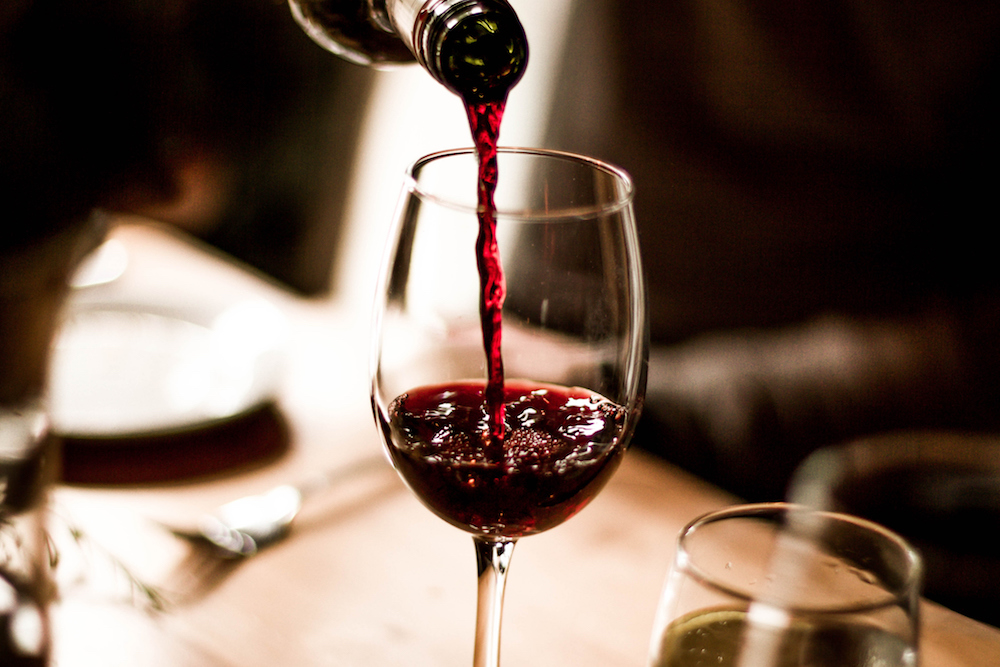 For many of my hard-working friends, wine is the reward for a day well done. In fact, for one, it’s a inviolable ritual.

At the end of every excruciating midweek slog, my buddy hauls home around 7pm (if he’s lucky), drops his briefcase, slips into a hoodie, and pours himself a big glass of Cab.

Ahh. The evening can begin.

Many people can relate to this. Substitute a glass of Cab with phone browsing, a Taco Combo grab on the way home, or video gaming—really, anything pleasurable—and you have modern American society in a habit-happy nutshell.

Such is the power (and curse) of reward.

With 2018 still young, our minds are consumed with resolutions. And some of us have even been faithful to those promises, made under the influence of late 2017 optimism (and perhaps several glasses of Cab). But just as many of us have already fallen off the resolution wagon.

“Aw, next year,” we shrug, unsure of why every year’s fit of goal-setting ultimate crumbles by February.

Are we really so incapable of sticking to our goals? Of building the habits we actually want?

Well, maybe. Recent studies are shedding light on a whole new psychological theory that pins our habit change success on “rewiring” rather than tearing down ingrained systems and laboriously building news one.

Observing those who have had repeated success at “building good habits,” scientists are now suggesting that these individuals’ method is about realigning the three pillars of habit—environmental cues, routine, and reward—not striking down shameful habits by sheer willpower.

Let’s use my Cab-loving friends as an example. The environmental cues that trigger his evening routine are almost always the same. He arrives home, drops his briefcase, changes into a hoodie, and indulges in a glass of wine.

But what if he were to change his activities, reordering them to throw his environmental cues off?

He’s tried. He’s kept his work clothes on. He’s taken the dog for a walk before changing. He’s gone for a run. Nothing seems to work—or at least, not consistently. Whenever he’s done with his reordered activities, he still wants a glass of wine.

That leaves the reward. So what is it about the glass of wine that’s so compelling? It triggers a happy reaction—a euphoric calm courtesy of the depressive effects of alcohol.

But if my buddy ever starts to worry about his glass of Cab becoming two, and then three, and then four, and then alcoholism, it’s fair to find a replacement reward for finishing up a long day.

So what equally calming reward can he use to replace the effects of a glass of Cab?

The answer comes from a lot of contextual evidence (read: self-observation), so let’s dig into what else happens as he’s enjoying his wine:

As it turns out, he’s also shuffling laundry between the washer and dryer, prepping ingredients for dinner, cleaning up after the dogs and getting their dinners ready, and sifting through bills. In other words, he’s using the calming reward of wine to keep him going without pause. The wine takes care of the stress; he takes care of everything else.

But what if he were to devote 15 minutes after getting home to quiet meditation or listening to music in his bedroom with the door closed? He could turn his phone off and lie still on the bed (still outfitted in a hoodie) and consciously let go of the pressures of his day. And to put a tangible cherry on top, he could indulge in something pleasurable when meditation is over: a piece of chocolate, a short bath, or dog cuddles.

Recent studies are shedding light on a whole new psychological theory that pins our habit change success on “rewiring” rather than tearing down ingrained systems and laboriously building news one.

The key to this reward ensuring a successful change in routine is fourfold:

Okay, you say—he’s successful for a week. But how is that any different than a resolution that tumbles after a couple of weeks or a month?

First of all, this reward-centric approach to changed behavior relies on keen self-awareness. It means that you know your habits, good and bad, and you know the cues that trigger them and the rewards that cement them. Resolutions are often just a half-hearted way of acknowledging one’s own bad habits with a passing interest in changing them. Not much self-awareness there.

Second, this reward-fixing has follow-through. The first two weeks, it’s critical that the new routine is engaged daily. But even after this, you can’t simply drop a new routine (and reward) with the hopes that your habits have changed for good. You need to change your schedule of reinforcement.

While there are several ways to do this, the easiest way is to taper off your daily commitment to your new routine with intermittent routines.

Intermittent new routines after the first two weeks keep the association between routine and reward strong; in other words, unscheduled but ongoing activity continues to train the mind to accept that your new routine will deliver the reward you seek, and will shift from conscious activity to automatic habit.

Pick a handful of days during the week to engage in your new routine/reward, but not always the same days. If you’re like my friend, you’ll soon find that you crave meditation at the end of a long day instead of a glass of wine.

Of course, if the reward you’re after is less stress, there are other options that obviate the need for an evening calming agent altogether—like a new job, fewer extra-curricular activities, etc.

At the end of the day, the answer isn’t wine or fast food. These “answers” come before we have even asked the critical question: What reward are we seeking? And how are we going about finding it in our lives? When we uncover the cues, routines, and rewards that frame our habits, we can ultimately take control and shift behavior to what is positive, healthy, and self-sustaining.

Don’t get me wrong—there’s nothing wrong with a glass of Cab. But there might be something wrong with wine as medication to ensure sanity. If that’s our daily reality, our reward system must change.

For most of us, the process of routine-building is onerous. But there are tools you can use to make it easier and support systems that will keep you on track.

That’s why you should get your own copy of “The Perfect Day Formula” (for FREE)!

It gives you the wisdom and advice you need to map out a path to habit change, personal growth, and success—as YOU define it. Plus, it’s FREE, so what do you have to lose?