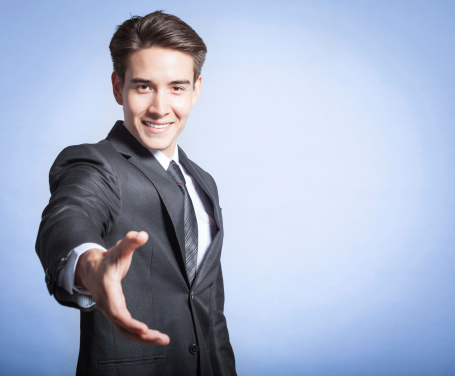 The reason I have never bought a lottery ticket is that I don’t want to soil my belief system with fantasies of striking it rich through pure luck. Lotteries are perhaps the ultimate free-lunch delusion, which is why they are a favored method of taxation by governments throughout the world.

Wealth is a result of value creation, and, because it is quantifiable, it is one aspect of life that makes it very easy for you to gauge how successful your efforts have been. There is no mystery to this, because underlying it is a fundamental principle of human nature, the principle that human beings always attempt to do what they believe to be in their best interests at any given time.

If you can’t bear to accept this fact of life, ask yourself why millions of buyers purchase foreign cars, notwithstanding the goading of American auto manufacturers, auto workers, and the government for people to buy domestically produced automobiles. Not even government edicts and penalties (“tariffs”) can force people to stop buying higher-quality foreign cars when given the opportunity to do so.

For decades, the same was true of the garment industry, where garment workers’ unions in developed countries spent millions of dollars annually on advertising in an effort to cajole people into buying domestically produced garments instead of less expensive apparel manufactured in foreign countries. Today, however, they’ve pretty much accepted the fact that they simply can’t compete with lower, free-market wages in Third World countries.

If you still doubt that people always attempt to act in their own best interests, try asking someone to buy your product just because you need the money. Trust me, you’ll sleep much better at night if your success isn’t dependent upon the altruistic nature of others. Creating value for the other party is the surest way to protect yourself in any kind of business relationship.

You can spend a fortune on legal fees and draw up a contract two feet thick, but the reality is that if you manipulate a situation in such a way that it ends up being an onerous deal for the other party, you’ll only succeed in buying yourself a lawsuit. No matter what a contract says, no one will continue to put effort into a venture if it becomes obvious that there is no benefit to him, especially if the other party is profiting from it.

Where the marketplace is concerned, the reality is that consumers have no interest in a company’s needs, costs, or problems. What they are interested in is what the company’s products or services can do to make their lives more pleasurable or less painful, which is why it’s so important to understand self-interest. It is a human instinct that operates independently of our consciousness, so protestations to the contrary are irrelevant.

The late B. F. Skinner, collectivist psychologist and social theorist, spent his life searching for a scientific way to repress the human instinct to better one’s existence. Skinner, by focusing on the modification of human behavior, was inadvertently acknowledging that self-interest is a natural and normal human characteristic. Only force can prevent human beings from acting in their own best interests.

In today’s world of unlimited marketplace choices, the attitude of consumers is: “So what? What’s the big deal? Why should I buy your product?” They are overwhelmed with offers and products and as a result, have become incredibly jaded.

Keeping this in mind, if you’re involved in selling a product — and virtually everyone is, even if the product is himself — you had better convince people in a hurry when it comes to selling them on the merits of your product. An old marketing axiom says:

Tell me quick,
And tell me true;
Otherwise sir,
To hell with you.

In other words, if you want to sell someone on yourself or your product, you have to get to the point quickly. Tell the prospect everything that you or it can do for him, and don’t waste his time with hyperbole. Better, faster, and cheaper are three magical words to remember when thinking about how to create value.

And, guess what? Prospects aren’t interested in your opinion. Which means that the virtue of self-interest in the marketplace is that no one can continue to produce a product if there aren’t enough people who want to buy that product at the price that is being asked for it.

The fact that people are programmed to act in their self-interest is why you have to bring value to the marketplace. It’s really very simple: Giving others what they want motivates them to give you what you want. And what people want are good products at reasonable prices, good customer service, and a good attitude from a company’s employees.

Everything else comes under the category of “Minor Details.”

[Ed. Note: Robert Ringer is the author of three #1 bestsellers, two of which have been listed by The New York Times among the 15 best-selling motivational books of all time. Robert has often been referred to as the “mentor’s mentor” because he has been an inspiration to so many famous mentors in the fields of personal development, marketing, and motivation. To receive your FREE e-book copy of Robert Ringer’s life-changing New York Times #1 bestselling classic, Looking Out for #1, CLICK HERE]
Posted in Entrepreneur, Internet Business, Motivation, Wealth
This error message is only visible to WordPress admins