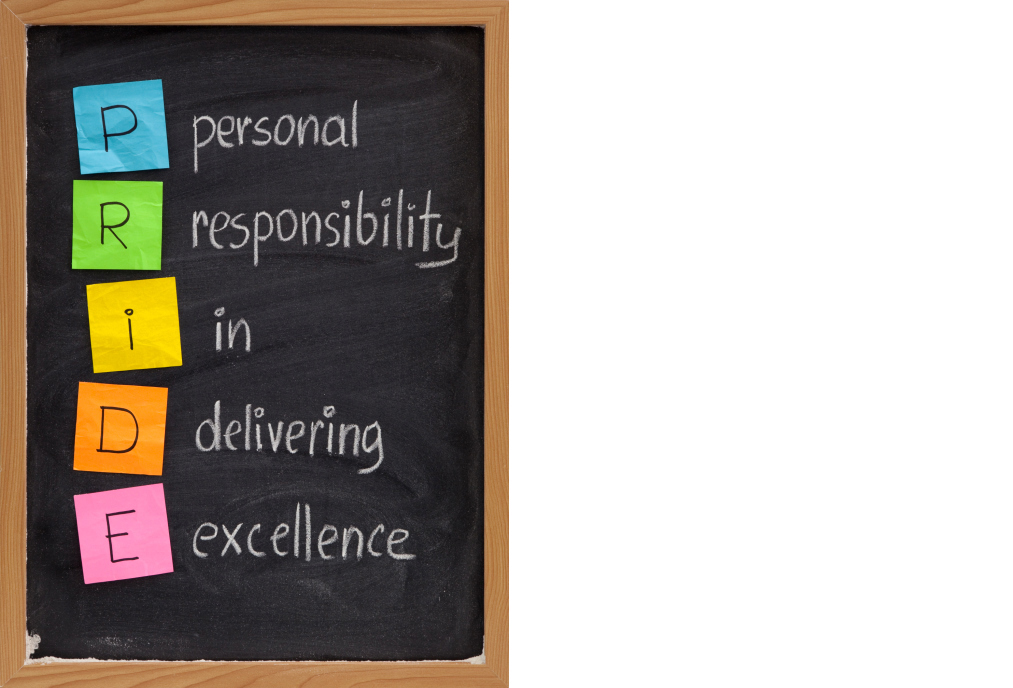 Growing up, I’m embarrassed to admit, I wanted everything given to me.

“I’m going to be rich eventually,” I thought, “So why not give me what I want now?”

It was a silly, stupid, and immature way to think. It’s ridiculous to admit it to you today, but it’s the truth. It was around the age of 20 when I finally realized the truth. I didn’t deserve anything based on future promises. I only got what I deserved. That was when I started taking much greater personal responsibility for my life.

By that point I’d been working six days a week for almost eight years, and I was the rare kid that even did homework back in the 1990’s (or at least it was rare amongst my friends back at Stratford Central High School). I earned my grades and my way into a good University. Then I stumbled.

In my first year of college I dropped from my standard of straight A’s due to time spent partying, sleeping, and slacking off. It was a shock to my system. I gained ten pounds of body fat and lost five pounds of muscle. By the end of the school year I was embarrassingly out of shape, going from a hard, fit 19-year old to a soft, weak, quickly fatigued 20 year old. It was time to get back on track.

After a summer of manual labor, hard training, and the development of discipline, I returned to my 2nd year of University with a vengeance.

I took a vow of personal responsibility and decided to take control of my success. I started waking up at the – then – ungodly and ghost town like hour of 7am (remember, this is at college, where most kids slept till noon). I began to establish the foundation of my moral code that is now expressed in the 12 Rules I Live By.

These rules make decisions for me. This makes my life less stressful, more productive, and ultimately more successful.

Personal responsibility is about taking control of what you can, accepting what you can’t change, and finding a way to make the best of it all, no matter what your situation in life.

The harsh truth is that no matter where you are, whether successful or struggling, that someone else, somewhere, under much worse starting circumstances than you, was able to rise up, take personal responsibility for their lot in life, and achieve much more than you ever will.

If you’re a woman, look at Oprah. Raised in the projects, roaches and rats, coupled with an adolescence marked by horrible abuse, Oprah set her sights on big goals, had massive dreams, and took action every day to achieve her well deserved success. If she could do it, what’s stopping you?

If you’re a man, there are no shortages of Horatio Alger stories to emulate. Among my favorite is Nido Qubein’s rise from a poor Lebanese immigrant to his position today as the President of High Point University, one of the nation’s most successful private college institutions.

Many of my close friends rose from poverty, or at best, lower-middle class, as well as broken homes, and even classic “fresh off the boat” immigrant origins to become multi-millionaires before the age of 35.

Matt Smith, my business partner at Early To Rise, suffered great hardship growing up in the Quad Cities area of Iowa. Abandoned by his father and left to fend for himself and his brother at home while his mother traveled for work, Matt remembers being so hungry for days on end that he and his little brothers would eat dirt. He learned to turn to the only person that could help – himself. Starting at age 7 he began to sell anything he could scrounge up so that he would have a little money to buy food for his little brother.

Another one of my business partners, Bedros Keuilian, escaped communist Armenia (then part of mother Russia back in 1980), thanks to his father’s political connections and bribes of over $25,000 to get them out of the country. The Keuilians landed in America with just a few hundred dollars in their pockets, and young Bedros didn’t know a lick of English.

But that didn’t stop him. In fact, Bedros was blessed with a superpower that, while only natural to new visitors in America, is something that can be attained if you take enough personal responsibility to seek it out.

He calls it, “The Immigrant Edge”. When asked to describe it, Bedros said, “Its a mindset… It’s knowing that no matter how bad the economy, unemployment, stock market, housing, and taxes that we still have more opportunities and have it better than a communist country. It’s a glass is half full outlook. No, it’s the glass is overflowing outlook. It’s being grateful no matter what. That’s the immigrant edge.”

You too can have this edge. You might have it already. It’s not limited to immigrants, although I believe it is a driving force behind their disproportionate participation in entrepreneurship in America. Matt Smith developed it. Oprah did too. Your editor likes to think he’s found it as well.

Perhaps it would be better to call it, “The Hardship Edge”. It’s not only the knowledge of knowing that you are the master of your fate, but it can also be the chip on your shoulder that drives you. It’s the flash of insight, the revelation if you will, that where you are now is not where you must stay. It’s the idea that you can pull yourself up by your bootstraps to whatever you desire. This is still possible when you have the edge.

The immigrant edge, the hardship chip on your shoulder, is only helpful if you’re willing to take control of your life, to do the planning and preparation, and most importantly, to follow through and do the work.

Are you willing to take the edge you have and turn it into results?

Start with creating your moral code that helps you make important decisions.

Sit down to plan and prepare your action step blueprint.

Accept that your future, your destiny, and your success are under your control. Know that it is up to you how far you will go based on how much you want to work and sacrifice.

That is the edge you need.

Your lot in life is not determined by the presence of a silver spoon, a well-connected family name, or an inside track to an Ivy League college.

Instead, it’s the edge you hold within you, and what you decide to do with it.

Rather than complain about how lucky all those rich kids are from the other side of the tracks, the next time you sit down to plan and prepare your path to success while eating your dirt sandwich, smile and know that you have the upper hand.

If you believe in the power of personal responsibility, than you have the real edge in life.

[Ed Note: Craig Ballantyne is the editor of Early to Rise (Join him on Facebook here) and the author of Financial Independence Monthly, a complete blueprint to helping you take control of your financial future with a web-based business that you can operate from anywhere in the world – including a coffee shop, your kitchen table, or anywhere around the world where there is Internet access. Discover how you can achieve the American Dream and your financial independence here. You’ve never seen anything like this before.]
Get updates on living the good life delivered to your inbox.
Posted in Motivation, Productivity, Self-Improvement
This error message is only visible to WordPress admins