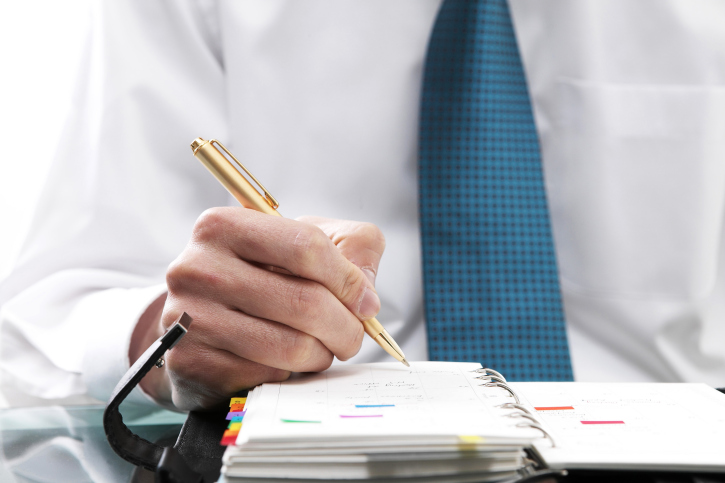 It has been my favorite book of 2013. Full of amazing stories, out-of-this-world characters, and vivid details, you might mistake it for the latest Stephen King novel. But it’s not about haunted houses or demon-possessed cars. Instead, this new book opens a window into the history of the world’s greatest creators.

Daily Rituals, written by a young man named Mason Currey, chronicles the everyday routines of legendary literary artists, architects, and inventors as they struggled against the Resistance to their work.

You might be surprised to know that dozens of the greatest authors and artists in history despised writing and creating, and that their work practically tortured their souls. “The turmoil is invisible,” reported illustrator Maira Kalman. “It was a daily fight,” others described, while some authors simply hated the act of writing altogether. Their daily work drove some to drugs, some to drink, and even a few to an early death.

You don’t have to be a writer to appreciate how hard it can be to get stuck in your most important daily task. But you must find a way to get started and pull together a routine that enables greater productivity.

Chosen wisely, one’s daily routine “can be a finely calibrated mechanism for taking advantage of limited resources such as time, willpower, self-discipline, and optimism”, writes Currey. “A solid routine fosters a well-worn groove for one’s mental energies and helps stave off the tyranny of moods.” William James suggested that we need to put parts of our life on autopilot so that we can “free our minds to advance to really interesting fields of action”.

But if you don’t have the right routines in place, you can feel like you are spinning your wheels and struggling in life.

You wake up and remember all the stuff you have on your to-do list. You begin rushing around, getting things done, checking them off, and then find that each time you complete a task, your list, like a hydra monster, seems to grow back two items for every one removed. Suddenly it’s past your preferred bedtime and before you know it you’re up and at it again. It’s your own virtual Groundhog Day, but not nearly as funny as one featuring Bill Murray.

It’s hard to make breakthroughs in life when your daily routine only creates deeper ruts. Your addiction to doing everything at the last minute grows stronger. Your ability to say no to external obligations gets weaker. Time for your own work diminishes.

But it was rarely exhibited among the giants of history chronicled by Currey in Daily Rituals.

Each of the great artists in his book had success rituals. Sure, they varied greatly. Some were eccentric artists that didn’t start working until 7pm or even 10pm, and kept going until the wee hours of the morning or even until dawn the next day. Unfortunately, most of these bright lights burned themselves out far too early in life.

I’m writing to you from my kitchen table in Toronto, less than a mile away from the birthplace of one man featured in Daily Rituals. His name was Glenn Gould, and he was one of Canada’s greatest musical composers. Gould was an odd bird, you might say, preferring to sleep until late afternoon, skipping meals and shunning almost all interaction with the world, before spending five or six hours recording in the studio each night.

After he had spent all of his mental energy on his piano, he’d wind down with his one and only meal of the day, finally relying on sedatives to force himself to sleep as the sun rose.

Alas, Gould lived to be only fifty years old, and while he accomplished so much in such a short time, you wonder what he might have done with another twenty years.

Most prolific writers preferred to take the opposite approach. Up early, like clockwork, they’d either begin at first light (such as Hemingway, who believed there was something magical about the morning). Others, after breakfast, would settle into their office by 9am for three to five hours of writing, before shutting it down for the day.

Many authors shared the belief that one could write for about three hours, and no more. Some authors would finish fifteen hundred words in time while others would struggle to complete two hundred and fifty, and “would tear them to pieces the next day”, as reported by Anthony Trollope.

Regardless of their prodigious – or minimal – production, for many great creators the work hours were firm. The rituals were set. Few, like Joseph Heller, would skip a day (and he only did so after the phenomenal success of Catch-22). Heller is responsible for one of my favorite quotes from the book, “I gave up writing once and started watching television with my wife. Television drove me back to Catch-22. I couldn’t imagine what Americans did at night when they weren’t writing novels.”

Many, particularly when they were young, starving artists, would work either before or after their full-time job that paid the bills until their work caught on.

Currey’s book is replete with authors that followed this routine until their late 80’s or 90’s, living a long life of productivity despite participating in nasty vices like cigarette smoking, excessive alcohol intake, and chronically abusing stimulants that helped them overcome the Inner Inertia.

Daily Rituals convinces me that I’m on the right track. Granted, I wake up much earlier than most authors (although Honore de Balzac’s regular waking hour of 1am makes me feel like a slacker). But it wasn’t always that way. For years I thought 7am was more than early enough, but as my business partner Matt Smith and I agree (as do a few of my CEO coaching clients), there is something magical about the four o’clock hour. Novelist Nicholson Baker agreed, saying, “The mind is newly cleansed, but it’s also befuddled… I found that I wrote differently then.”

I start my mornings with a Big Idea Brainstorming and Gratitude session, inspired by the habits of Dan Sullivan, Vishen Lakiani, and James Altucher.

This can take up to thirty minutes for me to cleanse my mind of all the big ideas that built up overnight and provides the necessary lubrication for my writing gears before I can begin writing articles like this one.

But then I’m ready. Cold water by my side, I put my headphones on but without music, serving to create an extra boundary of silence between myself and the outer world. I’m in my own little world. Just me and the screen – and you the reader. Our discussion begins. This is how I work.

I’ve found that the best ideas come to me at the oddest hours. There are rarely flashes of inspiration during the 9-to-5, Monday-to-Friday routine. Instead, they come on Saturday mornings at 7am, or during the week at 4am. That’s why I have built my day around these odd hours. Let the masses have their 7:30am sleep-ins, for they will pay in a lack of creativity and production over the rest of the day.

All of this is made possible through my daily routine, one that starts the night before with proper preparation and keeping to the bedtime deadline, of course.

It is liberating to complete a day’s work before most people punch the clock at a regular 9-to-5 job. And I can assure you that there is something far superior and much easier about working for yourself early in the morning than working for someone else when you’d rather be in bed.

I do not miss the late nights. I’ve never been a night owl.

The daily routine has served me well, and is my secret weapon. But it is mine, and mine alone. As Bruce Lee said, “I can show you 10,000 of my ways, but they are my way. You must find yours.”

You must identify your magic time. You must foster it and ruthlessly protect from the enemies that seek to steal it – and your creativity – from you. You will likely fight this good fight on your own, cut off from the world. But it will be worth every minute.

Build a system that helps you overcome the Inner Inertia, persist past procrastination, and avoid the siren’s call of life’s distractions.

This is the only way that you can build up enough momentum to power out of life’s ruts, to accomplish progress in your drive to big breakthroughs every day, and to finally achieve the big dreams that lie deep in your heart.

Pay the price demanded by success. You’ll find it a much more worthwhile investment than in the price of regret. Start today. Plan your day. Attack each morning, and soon, my friend, victory shall be yours. I’ll even spare you a little creative energy during these magic hours. Anything for a comrade-in-arms seeking their best day ever.

[Ed Note: Craig Ballantyne is the editor of Early to Rise (Join him on Facebook here) and the author of Financial Independence Monthly, a complete blueprint to helping you take control of your financial future with a web-based business that you can operate from anywhere in the world – including a coffee shop, your kitchen table, or anywhere around the world where there is Internet access. Discover how you can achieve the American Dream and your financial independence here. You’ve never seen anything like this before.]
Posted in Entrepreneur, Productivity, Self-Improvement, Time Management
This error message is only visible to WordPress admins