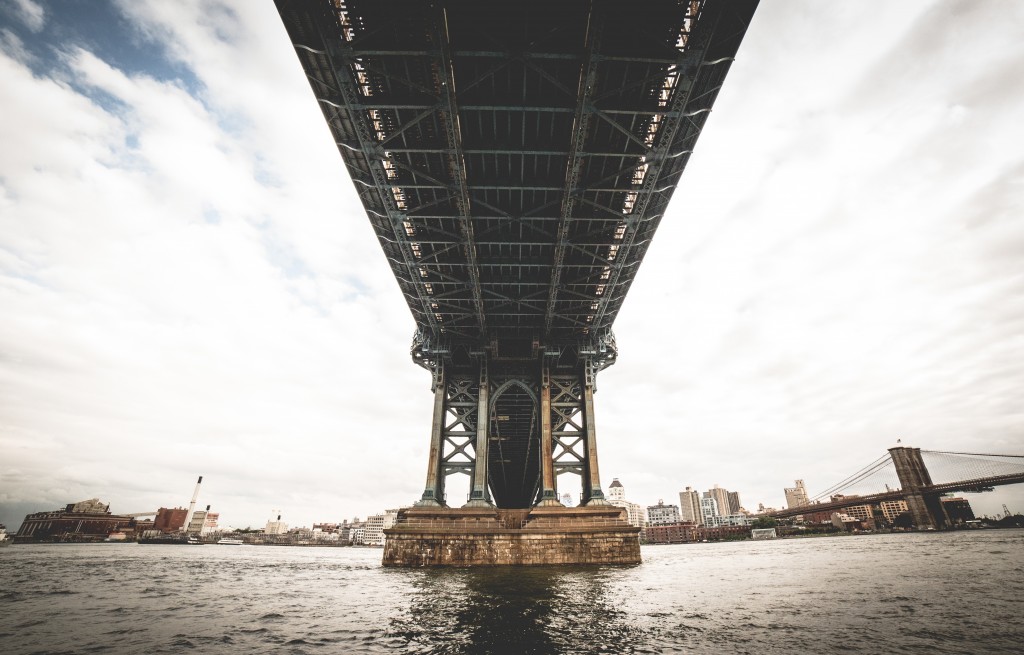 I was starving all the time. I lived in one room, had one futon and had a three-inch screen on the floor next to the futon. But the TV didn’t work because you needed cable and I couldn’t afford that.

So I started a business. Many people think, “I have an idea” and then they want to raise $10,000,000 or something outrageous.

I didn’t have any ideas. But I was good at this new thing — the Internet — and I convinced people they needed to build websites.

Was I right or wrong: Does a company need a website?

Who knew back then. Nobody knew.

But I was broke and hungry and wanted money to purchase some small piece of freedom so I could do what I loved — write.

I sold the few skills I had to masters who would pay me and I got to work.

Which is why I was excited to read Daymond John’s book (founder of FUBU and $6 billion in sales later, a star from the ABC show Shark Tank along with Mark Cuban, Barbara Corcoran, etc.) — The Power of Broke.

Daymond came on my podcast. He told me first about a time when he was no longer broke and why NOT being broke got him in trouble.

“I started a record label,” he said. “We made the fanciest videos, the best ads, we got the best artists, we made an album.”

“We spent $3 million on ads and videos and we sold $1 million worth of records.”

He got the entrepreneurial bug when his mom taught him how to sew wool caps and he sewed 80 of them out of fabric he bought for almost nothing and sold them for $10 each and made $800.

“Did you go back the next day and sew more?” I asked him.

Within a few years his FUBU line had $350 million in sales. Within a decade or so he had sold $6 billion worth of clothes.

In his book he tells story after story of people who went from broke to wealth.

“People always say you need money to make money,” he said to me. “This is wrong. If it were true, why would half the Forbes 500 of the richest people in the world start with nothing?”

“In fact if I had ZERO money when I started that record label, it probably would’ve worked. Instead, I went in there with the wrong mindset and I failed. I wasn’t hungry enough.”

We talked for an hour. He told me lots of stories from the book.

I was trying to write down notes of what he said so could I learn. No matter how many businesses I’ve started and failed at (with a success here or there) I always want to learn more.

I took out the paper this morning and here is what I can read from what he said:

Find your community or your following. He talked about a teenager who had 15 million followers on Instagram and was now building a business around it. She’s mentioned in his book.

He talked about himself. FUBU stands for “For us, by us.” He sold clothes into the burgeoning hip-hop community that he had been so passionate about.

LL Cool J lived down the street but he didn’t know him. So he showed up at his house every day and begged him to wear FUBU clothes.

Finally LL did, even wearing one on a Gap video and in the $30 million video said the phrase, “For us, by us” while wearing the cap.

“If I had millions of dollars, I would not have begged LL and slowly won him over. I probably would have just paid him and then lost him. Money would’ve cost me rather than having a mission around what I was doing. I had to get down and beg LL until it worked.”

Learn from other people, mistakes, money, momentum, motivations — whatever it takes. Fill in the M.

But I challenged him on that, which led to this.

“As soon as I had the $100,000, I made the clothes, Macy’s paid me, and I paid back the bank. I never would have taken out the loan without knowing in advance how I would pay it back.”

Whenever I have loaned out money I don’t think I’ve ever gotten paid back once. I guess this is why I have gone broke so many times.

People think entrepreneurs take risks. This is not true. Entrepreneurs want to make more money than they spend. Period.

This means ALL of the time is spent on managing risks and costs.

“We were out on the streets selling hats and every day we’d try new prices, new styles, new sizes. We’d see what would work and then double down on what worked and stop doing what didn’t work.”

Later on I asked him about some of the businesses he invested in with Shark Tank.

He told me the story of one company and how they would constantly do ads on Facebook for $100 to see what products people would click on. “We would do up to 5 ads simultaneously and we’d have ads running all of the time.”

Whatever people clicked on, those are the products they would sell.

ABT — Always Be Testing.

We talked about jobs. How a job is like running a very small business with one source of revenue. How people live paycheck to paycheck because that “personal business” usually just breaks even, or even loses money.

“Even when I was starting FUBU I had two different jobs. I had to make more money than I was spending or it wasn’t worth it. We shut down FUBU twice during those first few years but people kept calling us back for bigger and bigger orders and then it was making money.” I asked him what he looked for in a company he invests in on Shark Tank. He’s put almost $8,000,000 into companies on Shark Tank.

“I look at the number of times the entrepreneur has failed,” he said. “I don’t want them to have their learning experiences on my dime.”

This to me is the most important. I’ve invested in many companies and have had many failures and some successes.

The only successes were when I really liked the entrepreneur. And all of the failures came when I thought the idea was more important than the person.

I asked him, “I can relate to the Power of Broke — the grit, the hustle, and so on — but doesn’t this glamorize being broke a bit? When I was broke, it was really painful. I felt like I would never get up again. Never live.”

You can always learn from failures. Take affordable risks. Start fresh even stronger and get back to that hustle.

He said, “I apply the Power of Broke every single day of my life.”

“I don’t believe it,” I said, “what did you do today that was the Power of Broke?”

“Well,” he said, “Today I wanted to promote my book as cheaply and powerfully as possible.”