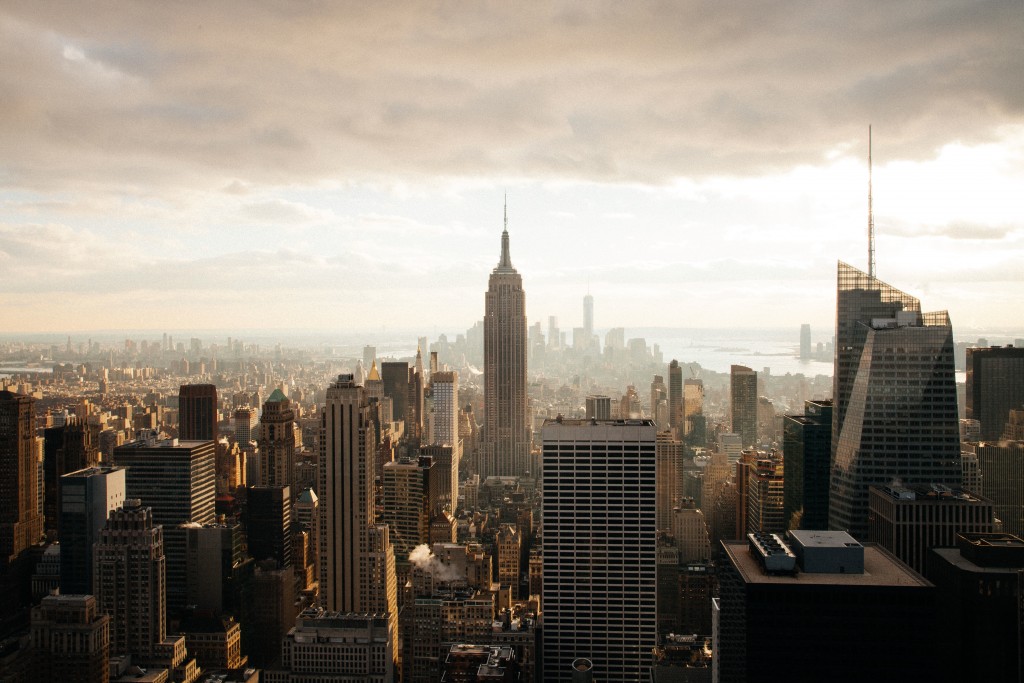 I believe this. But I also don’t believe it.

Too many people say to me, “I have an idea for how to trade the markets! I KNOW I have a talent for it. How should I start raising money?”

I can tell you the exact demographic of these people.

And I don’t even want to admit the real thing I do because it sounds scammy. But I think a lot of people are struggling with their decisions. So let me say what I do and you never have to hear from me about stocks again unless you want to.

I’m on 54th and 7th in NYC as I write this. And it brings back memories.

[I just recently went back to Wall Street for the first time in a while. While I was there I filmed an exclusive video. Click here to check it out]

When I was a kid my acne was so bad my dad would bring me into the city to a special dermatologist near his office.

I’d have surgery every month to drain out all the pus from all the cysts on my face.

And then my dad would take me to his office and he’d have me do copies on the photocopy machine. I had a major crush on one of the secretaries but I had so many purple holes in my face she wouldn’t look at me.

I was 14. I remember her name. Charlotte. Hi Charlotte.

The photocopy machine always broke. I didn’t know how to fix it. Then we’d go to lunch at the Carnegie Deli.

If you’ve never had lunch there, then imagine a foot tall sandwich filled with corned beef and pastrami. We’d split one.

These were the best moments in my life. My dad talking to me about his theories. About his work.

I’d be down in a trade and scared of going broke again and wishing I could just talk to him one more time.

I knew he would tell me what to do with the bad trade how to make it right. How the world was getting better.

He knew everything when I was a kid.

I traded stocks professionally for almost thirteen years. I have a few strategies and they work and I’m going to say in detail right now how you can do them.

I didn’t use this strategy back then. Like every idiot, I wrote a program. It worked for a few years and I made money for a lot of people and then slowly it stopped working.

So I’d be in the city, my dad in a coma and I’d be crying because the only time I missed him was when I was stuck with a huge potential loss in a trade and I would want to call him just one more time.

Now I don’t do that anymore. I realize I’m an idiot. So I take advantage of my idiocy to make money.

There are plenty of websites that tell you what stocks the best investors in the world own. I even made one, stockpickr.com.

But there are sites like gurufocus.com and my favorite J3Sg.com. What does Warren Buffett own? They tell you.

Who are the best investors? They have to be people who hold for a long time, else I can’t tell if they are going to trade in and out faster than I will.

After beating myself over the head for years, programming thousands of programs that modeled the markets, the game was over for that type of trading.

And there’s a rule in poker. If you look around the table and can’t spot the sucker then you are the sucker.

I was the sucker.

Here’s what I do now. And it works:

I look at a site like sec.gov and I look every month at all of my favorite investors and see what stocks they are quietly beginning to buy.

They don’t go on CNBC talking about these stocks. They don’t go to the newspapers. But they have to report their holdings to the SEC in obscure filings labeled “13-D” or “13-G” or sometimes “13-F”.

They don’t talk to anyone.

Well, that’s not true. They all talk to each other. They talk to me. The information and analysis gets passed from one to the other and that’s how ultimately the stocks go up.

I was never charismatic enough to raise money when I had a hedge fund. I had some money raised but not enough.

At least two investors left meetings in the middle of my pitch and both said the same thing, “Why should we invest in you when you don’t even brush your hair before meeting us?”

Another investor wanted to invest in me but said he was very conservative. He was very nice and fatherly and reminded me of my dad.

He said about the firm named after him, “The last thing we need at Bernard Madoff Securities is to see our name on the front page of the Wall Street Journal.”

Next, I find all the stocks the top funds are buying and then I pick the ones that don’t have analysts covering them. So I know the hedge funds are in first.

Then I look for the companies they are buying that are backdoor plays to the bigger guys.

Instead of looking at AAPL (Apple) I’ll notice the funds might be buying the chip suppliers to AAPL.

Instead of looking at Google I’ll look to see if the hedge funds are buying companies that are managing the bandwidth for Google. The companies nobody writes about because they are boring.

Instead of looking at Pfizer, I’ll look for the companies that are making an Hep-B drug almost exactly the same as Pfizers that the hedge funds are buying.

And then I’ll often look for stocks that are trading at a discount to where the top investors bought them. It’s as if Warren Buffett is my free intern.

He’s telling me stocks and getting me coffee. Buffett, you idiot, I’m going to get stocks 20% cheaper than you and not pay you a dime!

And that’s it. I only buy if: A) someone smarter than me is buying, B) the company is in a strong demographic trend, C) and the company is undervalued in some other way.

How long do I hold? Usually forever. Or until I see the hedge fund sell. Which could be years.

Does this work? Yes it does.

Lots of things can go wrong.

When it rains outside, normal people don’t go crazy. Rain is a part of life.

Even though stock volatility is even more normal than rain.

Newspapers and media take advantage of the fact that people don’t understand the emotions of the markets.

That doesn’t mean Apple lost money. It just means a bunch of idiots decided Apple’s earnings should be X and instead it was X-1. Apple is the most profitable company in history.

We live in a scary economy. It’s scary because so much is unknown.

It’s ok to be scared. But I just stick to this strategy and it works. Smarter people than me can determine if a company is a fraud.

Some other rules I follow are: I try not to have more than 30% of my money in stocks. Too scary for me.

I try not to have more than 2-3% in any one stock. Unless it grows.

This is the last time I’m going to write about my strategy. I don’t think people in general should buy stocks.

Usually about a year after someone brags to me “I feel I have a real talent for guessing the markets” they write me again and say, “I wish I had listened to you.”

My dad once called me, a few months before he went into his coma.

He was at a big shopping mall. He couldn’t find his car. He was wandering around. He wasn’t even sure if he had driven to the mall or not. He was stuttering.

I rented a car and went to find him and then take him to the hospital.

He told me even then in the car that the economy was recovering. “A weak dollar is good for stocks.” I should stick in stocks. This was 2002, before anyone knew anything.

He was right. And that’s why I wish he was around now.