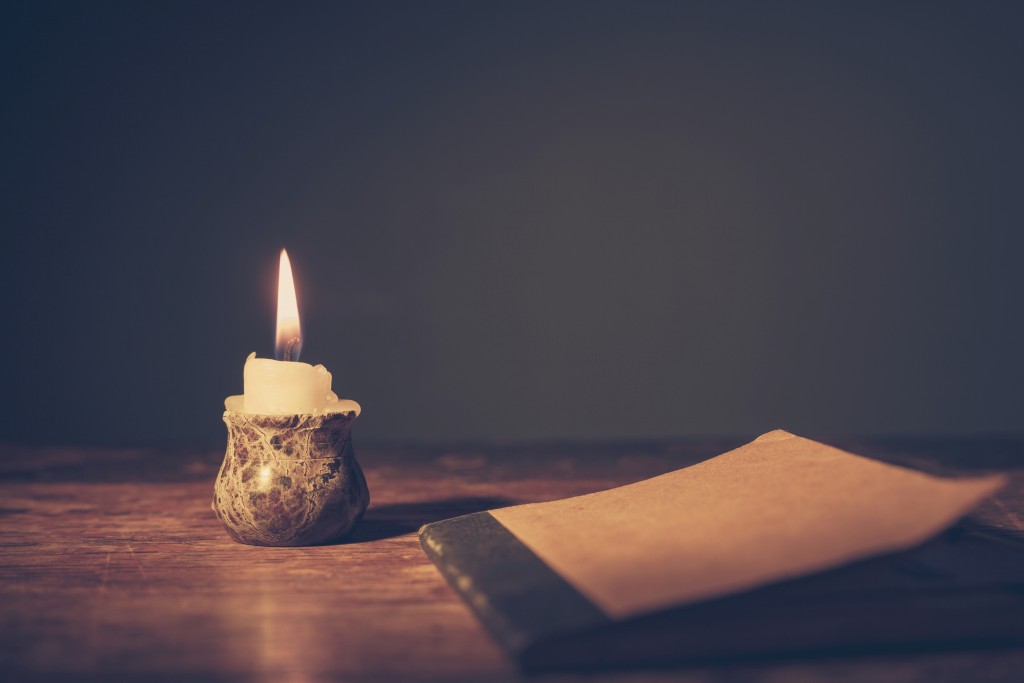 Twenty-five years ago, on a cloudy April afternoon, my mom and I drove out to visit her brother. He lived across from the old church that we attended, and on this particular day, was having a garage sale. It was there that my cousin Luke, two years older than me, and someone I looked up to as the epitome of cool, was selling a bunch of old books. In this pile of tattered old paperbacks I would find my first writing mentor.

There were books on sports, a few Westerns, and a row of mystery books. But only one beat-up paperback caught my attention. That book would begin an epic journey for me and would have a dramatic impact on the rest of my life, and yours, too. It was a book from Stephen King.

My first foray into the King macabre was Thinner. While not his best work, any author that could weave the phrase, “arm-pit farting Hail Columbia” into a tense standoff between mysterious gypsies and the story’s hero was sure to make a fan out of a 14-year old boy.

I spent the rest of that summer devouring every Stephen King book I could find at the local Stratford library. Some books even had a waiting list, and I’d spend days and even weeks anxiously awaiting its return, hoping it would arrive back before I finished reading whatever King book I had at the time (this was long before the days of instant fix Kindle book delivery).

Each night, exhausted from nine hours of manual labor at my summer construction job, and then followed by two hours of soccer, I’d finally crawl into bed with one of King’s stories. And each night I’d intend to read only a few pages so that I could get to sleep before 9 p.m. Two hours later — and sometimes not until after midnight — I’d finally force myself to put down the book so I could get six hours of sleep, during which I would often dream about King’s characters.

After Thinner I graduated to It, my first of King’s epic 800-plus-page novels. I spent the rest of the summer and the next school year racing through his shorter classics, like Carrie and Cujo, his lesser-known works like The Talisman (written under a penname, Richard Bachman), and of course, his masterpieces like The Shining, and my personal favorite to this day, The Stand.

I tried other horror authors such as John Saul and Dean Koontz, but their books seemed like the same old rehashed plotline over and over. There was no substitute for King.

Who else could tug at your heartstrings with a story like The Four Seasons (that would become the coming-of-age movie, Stand by Me), while later terrifying you to be in the presence of St. Bernards, prom queens, or a red 1958 Plymouth Fury named Christine?

I have not yet read King’s non-fiction work on storytelling, On Writing. But through osmosis during the hundreds of hours I spent with his books, King has taught me several lessons. He showed me the power of storytelling and character development. I’ll never forget his description, from Pet Cemetery, of the comforting old neighbor who listened to Boston Red Sox games on the radio each night on the front porch. Only King could make you want to visit the scene of mass murders and grisly killings because he made it all sound so idyllic.

King also showed me not to pigeonhole your writing in a genre or style, and of course, he instilled upon me the importance of being prolific. My Early to Rise essays, Turbulence Training emails, my writing work ethic, and even my workout program cover art remains influenced by his horror to this day.

Alas, as the years went by, his stories no longer held the same influence over me. I seemed to be outgrowing his characters and stories like The Tommyknockers and Dolores Claiborne, and while I had high hopes for the tales of Roland the Gunslinger in The Dark Tower series, these new books just didn’t connect.

Still, King left me with fond memories of growing up with his reluctant heroes, his chilling plots, and his addictive storytelling. The ending to one of his early short stories, The Jaunt, still fascinates me as I try to imagine what the young boy, the mice, and the prisoners experienced as they spent a maddening eternity lost in space.

Today, King is worth an estimated $400 million dollars. He’s published 63 books at last count, turned over a dozen into movies, and one into a three-season TV series, Under the Dome, and yet he continues to write every day. According to one of my favorite books from 2013, Daily Rituals, “King writes every day of the year, including his birthday and holidays, and he almost never lets himself quit before he reaches his daily quota.”

King taught me all of his lessons virtually, without a formal lesson, and if you’re short on in-person mentors, you’ll find you can learn a lot just by studying what the masters do.

The most significant lesson I’ve kept from King came in his short, lesser-known novella, The Mist. (You’ll find it in his anthology, The Skeleton Crew). It is one of my favorite King stories, and was made into a movie in 2007 that has grossed over $60 million.

In this story, the small town of Bridgton, Maine mysteriously becomes shrouded in a dense mist that is home to the monsters you once feared were living in your closet as a child. (If bugs give you the willies, you’ll love this story.) Soon we learn that the mist has been released as a result of a U.S. Military operation called, “The Arrowhead Project.”

As happens with all King books, his reluctant hero is just an average person living a regular life with its normal trials and tribulations. That is, until King unleashes something horrific upon them that turns them into a hero. In this case, the hero is named David Drayton. Drayton eventually rounds up his son Billy and two other survivors, and drives as far away from Brighton as they can get on the gas in his jeep.

King’s description of their trip down a highway, dodging the giant legs of enormous centipedes and other hideous monsters of the mist, still pops into my head from time to time when I’m on a long road trip. King’s vivid attention to detail is just one of his storytelling secrets that keep you glued to every page.

It is the end of this book, one where you might say that the story remains incomplete (the novella ending is different from the movie, by the way) that leaves me with the number one lesson I’ve learned from King.

Drayton’s jeep had run out of gas before they were able to escape the mist. Pulled up beside a pump at the gas station, Drayton and his band of travelers know that stepping outside the jeep will result in a monster of the mist delivering a sure and grisly death sentence. But as they sit there, listening to the radio through almost overwhelming static comes a single word, “Hartford.”

The mist has yet to make it there. If they can only get gas in the tank, they can make it to safety. To Drayton, Hartford is Hope.

Hope is what we all need.

When you have hope, you’ll keep on going.

When you can offer someone else hope, it gives them the will to move on.

That is the biggest lesson I have learned from King. Give your readers, prospects, and customers hope. Give it to your family, and give it to yourself.

What was your favorite Stephen King book, story, or lesson?