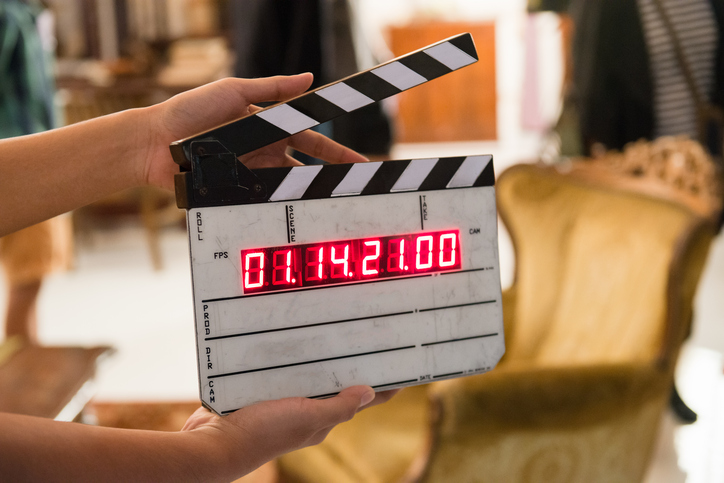 A guide to Hollywood, and how to break into successful script writing without any showbusiness connections.

The man entered the mammoth building … just down the block from the offices of several other television networks.

The receptionist in the lobby politely asked if she could help him.

The man identified himself and gave the name of the person he wanted to see. She smiled and directed him to the elevator. When he stepped out, he was whisked to the inner sanctum of the enormous facility. He found himself in the office of CH, the network’s Director of Alternative Programming.

They exchanged pleasantries before getting down to business. The man then explained his idea and presented CH with a DVD and a copy of his proposal. She said she loved the idea and believed her superiors would feel the same way.

Fast-forward through weeks of negotiations to the man overnighting a signed contract to CH that made him the executive producer of a new (as yet untitled) reality program. That contract had the potential of earning hundreds of thousands of dollars for him … and he had never produced a television show in his life.

As you’ve probably guessed, “the man” is me. And this fantastic story really happened to me just a few months ago.

I’ve been writing screenplays for about 12 years.

Now it’s not easy to write a great screenplay. It’s a complicated and exacting process that takes years to master. But I’m proud to say that, after all the effort I put in, I finally acquired a real Hollywood agent … and I am a produced screenwriter.

I’m living proof that you don’t need show business connections or even natural writing skills to turn your great idea into a television or movie script.

But the best part is, you can break into show business without having to put in that kind of time and effort. You can become a producer.

I’m not talking about the kind of producer who borrows money from relatives and strangers to make a small independent movie. (That is a possible way to break into Hollywood, but it requires risking a lot of someone’s capital.)

I’m talking about being the kind of producer who comes up with a great idea and either sells it or partners with an already-established entity in Hollywood that can develop the project. The two most likely ways to do this are to create an idea for a reality television show or to sell an idea based on a true-life story.

Creating an Idea for a Reality TV Show

If you don’t have your head buried in the sand, you’re probably aware that television is teeming with reality shows. Every major broadcast and cable network is scrambling to produce them. The reason is quite simple. They are enormously profitable. They cost relatively little to make and they generate ratings that equal or surpass those of scripted television programming.

Here are the basics of creating a reality show:

Rick Green, a former cameraman, did it. Despite having no knowledge of the creative process, he was able to get his foot in the door. He had an idea for a show with a production budget of about $3.5 million that is now in its third season on the air. Rick called it “Treasure Hunter.” You may know it as “Collector Inspector.”

Selling an Idea Based on a True-Life Story

The public loves true-life stories, so producers know that a premise based on one has built-in marketing appeal.

SUGGESTED: How to Sell True-Life Stories to Hollywood

When you come across a good story, you can greatly increase your bargaining position by acquiring the life rights to one or more of the people involved in it. You don’t have to risk any capital to do so.

Let’s say you find a great story in the newspaper. By doing a little research, you find contact information for the main person named in the article. You get in touch with that person and explain that you are a television producer. (You don’t need to lie. If questioned about what you’ve done before, be truthful. But explain that you’re passionate about his story and you’d just like him to consider what you have to offer.)

I’ve approached many people over the years this way, and I’ve never met anyone who was rude or not interested in hearing more.

Tell the person that you want to option his life rights for the story. (An option on someone’s life rights is like optioning a house. You pay a small amount – as little as one dollar – to own the right to purchase the life rights within a specified period.)

With the life rights of a principal in a fascinating real-life story, you have a strong bargaining position when you approach producers. So now you put your idea in writing and submit it to producers who are seeking out true-life stories.

Once a producer shows interest, you can negotiate a deal to either sell your rights to him or become part of the development process.

The amount of money you can make from such a deal varies greatly, but a highly controversial story can make a fortune.

Take the recent tragic story of Natascha Kampusch, a freckle-faced 10-year-old who was snatched off a Vienna street in 1998 while walking to school. Confined to a cramped, windowless cell beneath the garage of her captor, Natascha didn’t manage to escape until she was an adult.

According to industry experts, the sale of the book and film rights to Natascha’s story could reach $2 million.

Every year, dozens of deals are made that make everyone involved very wealthy. All you need to get in on the action in a great idea.

Posted in Entrepreneur, Wealth and tagged Guide to Hollywood, hollywood no experience, selling an idea
This error message is only visible to WordPress admins