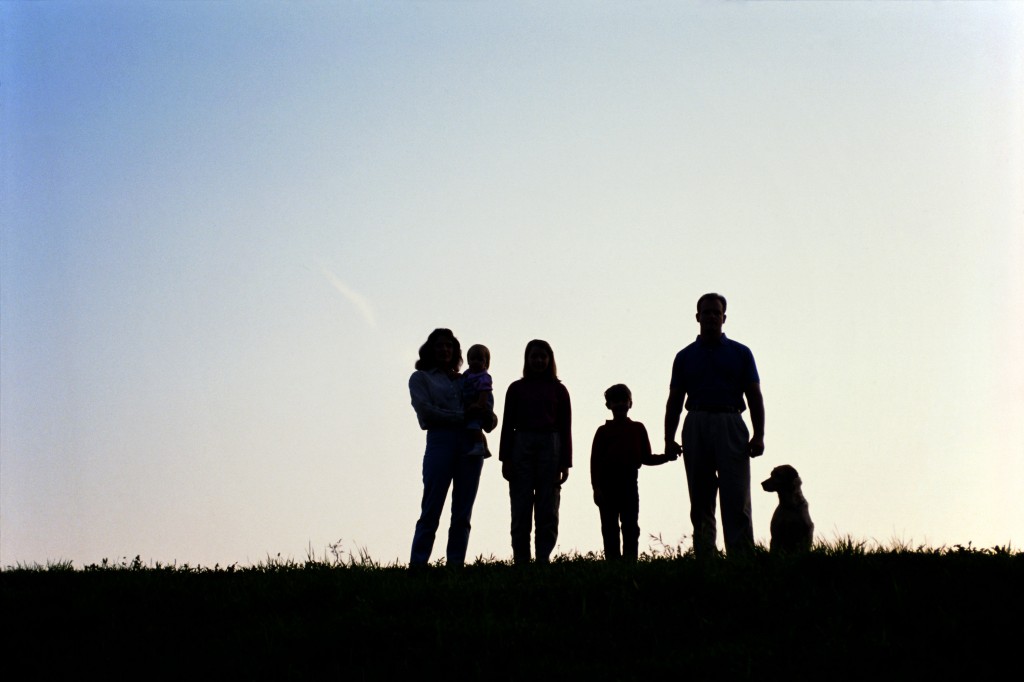 We would all like to have a family that supports each other… works together for the good of all… and creates a lasting legacy. But what makes family members want to do that?

This is a question you will need to answer at some point. That’s because a family office only comes together when other members of your family “get” the concept of a lasting family legacy.

It’s your job to do that. A family office isn’t a one-man show. Nor can it be. It is a coming together with other family members – your spouse, your kids, your brothers and sisters… even more distant members of your family – for a shared goal.

Recently, when working with the Bonner Family Office, we held a members-only meeting about the importance of family culture. One of the biggest pieces of feedback from fellow members at the meeting was that they struggle to get other members of their family involved in the family office project.

This can be the toughest part of the entire family wealth project. If you can’t get your family involved, you don’t have “family wealth.” You still have individual wealth only. That means it’s likely to die with you. The only way you can keep family money alive is to inspire the rest of your family to keep it alive.

The secret is to tell stories…

This may sound strange. But research shows that families who talk about their past and tell family stories are healthier than those who do not. Storytelling helps create a strong family narrative that binds families together during the tough times and allows them to feel more connected during the good times.

Families who tell stories also handle challenges more effectively and work harder to resolve conflicts. Family members feel a sense of belonging to something bigger and more significant than themselves. They are more likely to feel proud about where they came from. And this makes them want to pass on those feelings to their children.

These are the families who build true legacies… and cease being ordinary families and become multigenerational family systems.

Last year, I was consulting with a family who wanted help in identifying their family values and creating their Family Mission Statement.

Their parents had died, thus, they were embarking on their family wealth project without their parents’ support.

One of them mentioned the annual camping trips they went on when they were kids. The siblings in the room broke into wide grins. I suddenly felt a bit excluded – I was not a part of something that awoke such strong memories in each of them.

One by one, they began to bring me into their loop… explaining the details of these remarkable excursions into the mountains. Their mom began planning and packing two weeks in advance. They brought along several horses with panniers loaded with gear and food. With chuckles, they recalled the shower tent with its special sun-heated water bag… the ice packed in dry ice for their dad’s afternoon martinis… and the fuss over the elaborate, gourmet meals.

They told me how many extra people they included on the trips just to help set up camp and break it down. All of this for just two nights on the forest floor. With big smiles on their faces, they assured me I was lucky to have missed these outings. But, clearly, this was a memory that bonded them.

Of course, lots of families reminisce about the fun they had together as a family. In itself it’s nothing special. The real value of this story is how the family had institutionalized it as part of the family legacy. The grandkids immediately wanted to reinstate the infamous camping trips. And who can blame them? It gave them an insight into their grandparents to whom they no longer had access, but whose memories they wanted to carry into the future.

Untied from the Past

Simple things like learning where your ancestors were born and how they grew up… how your parents met… and where they went to school… help give your kids a sense of their roots. In a world that is spinning faster than anyone can keep up with, it gives kids of all ages a feeling of being grounded and connected.

It’s not my opinion. Studies have shown that the more children know about their family’s history, the better prepared they are to handle difficulties and bounce back from stumbling blocks. They have higher self-esteem. This supports them in making tough decisions in life and being self-reliant. And they show greater respect for their parents and grandparents because they understand the challenges their ancestors overcame in creating their successes.

I recently talked with a middle-aged man, let’s call him Henry, who is helping to care for his aged mother. She has developed Alzheimer’s disease and is no longer able to converse about her life in a meaningful way.

Although Henry was raised with wealth, he realizes he does not know the contributions made by his maternal Grandparents. He does not even know their names. (Because there was tension between his mother and her parents, she never wanted to talk about them.)

Now, that information is lost. And Henry feels he is floating in the unknown. Untied from his past, he feels insecure about his future.

Don’t Be Afraid of Failure

There’s another big benefit of telling family stories: Knowing where you came from helps to develop appreciation for what you have.

When we were young, my dad used to tell us stories about his childhood. He was raised on a farm in the Midwest in a family that worked hard to provide for him and his 10 brothers and sisters.

Every morning he woke up at 6:00 a.m. to milk cows before going to school. He told us that, one Christmas, he got only a small toy horn and an orange in his Christmas stocking because that was all his parents could afford. When he decided to further his education, his father made fun of him by calling him a “college dude.”

My dad told me that he decided two things: He would provide for his children better than his father had provided for him. And he would treat his children more lovingly than he had been treated.

I used to sit in awe as my parents told me about their picnics when they were first married, where they would count the pennies they had saved that week. I realized it was determination and hard work that created my dad’s success.

Although I often feel sad about my dad’s early years, it is important for me to know about them. I am even more grateful for how I grew up. My children listen wide-eyed to the stories of their grandpa and respect and honor him for what he became on his own. They feel proud of him and proud to be a part of our larger family.

This is where some families go wrong. They only tell the stories of family successes. But the healthiest family narratives include ups and downs… successes and failures. For Will Bonner, head of the Bonner Family Office, it is the stories his father, Bill, told him of growing up poor on a tobacco farm in Maryland that had the most effect and were the most motivating.

Bill talks about those times with his kids not because he’s complaining about where he’s from. But because he knows it drives his kids to succeed… just as he was driven to succeed by stories his mother told him about the Bonner family (originally from Co. Donegal in Ireland) being “dispossessed by the English and forced to emigrate to America.” The roots of the story are somewhat murky. But the effect was to make Bill dream of a lost birthright…

This makes sense. Younger generations need to learn that their ancestors experienced setbacks as well as victories. Maybe there was humiliation, emotional trauma or defeat.

Perhaps someone in the family was exposed negatively in the newspaper in a way that hurt their reputation or that of the family business. Occasional crises and disasters may be a part of the story that eventually led to achievement. This is important information for descendants to know as they struggle through the mazes of their own lives.

Younger generations also need to be aware of the personalities of their grandparents. In one family I’ve worked with, everyone knew the story of the business their grandfather had founded. That is where their money stems from today. But they knew nothing about the story of the man behind the business. When they learned about his humanitarian contributions and the reputation he had earned in his personal life, they were much more impressed. These stories brought the family together emotionally and created a new commitment to carry on the personal legacy of their grandfather.

If you want a happy, prosperous family, this month’s assignment is to tell your stories. Refine them. Tell them over and over, and make storytelling a tradition. Make sure your descendants know the stories and can tell them to their own children.

It will greatly increase your family’s chance of thriving for many generations to come.

What family stories should you be telling your children to connect the gap?