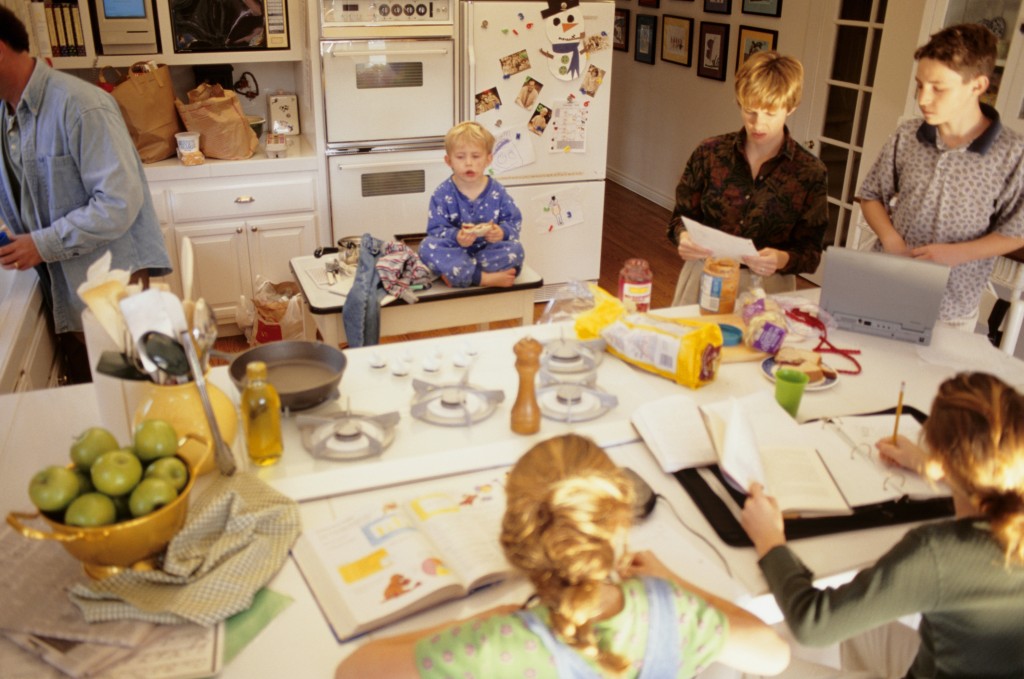 Did you hear the one about CNN host Anderson Cooper losing out on $200 million?

It sounds like the start of a bad joke… but there’s no punch line.

Cooper, the son of heiress Gloria Vanderbilt, was disinherited from the family fortune. But there’s no bad blood. His mother planned it that way… and Cooper is happy she did.

He has praised her for instilling within him a great work ethic:

“From the time I was growing up, if I felt that there was some pot of gold waiting for me, I don’t know that I would’ve been so motivated.”

Think Cooper’s situation is a rarity among the rich and famous? It’s not…

Rock legend Sting, with an estate worth roughly $300 million, has said that there will be no trust funds waiting for his six kids.

And Warren Buffett has pledged to give away 95% of his $62 billion fortune. Why? He wants to leave enough for his heirs to “do anything”… but not so much that they “do nothing.”

What these wealthy parents know is that dropping millions of dollars into the laps of your unprepared offspring will cause far more damage than good.

Let’s be clear: At Bonner & Partners Family Office, we’re not proponents of giving away your hard-earned wealth just to teach your kids life lessons. We think that’s a mistake…

Instead, we use the Endowment Model, which gives you the best of both worlds. The Endowment Model helps future generations by making family resources available to them without robbing them of the chance to create their own success.

But in order to create their own success, your children need to know the value of hard work, how to take risks, how to assume responsibility and how to be accountable.

Your kids won’t learn these things on their own. They need you to teach them… as my parents taught me. Second only to my faith and family, the life lessons handed down to me by my parents are my greatest possessions. I’ve shared them with my children. And this month I am sharing them with you.

Ask any mother and she’ll tell you that children are naturally inclined to take risks. Skinned knees, stitches and broken bones are the proof. And that’s not a bad thing. With risk comes reward and accomplishment. Failure comes too.

But it’s all part of the learning process. Life is filled with challenges. Children need firsthand knowledge of what it takes to succeed and what it means to fail. These ups and downs are where life’s most critical lessons are learned. So encourage sensible risk-taking in your children.

Let them make their own choices whenever possible…and let them live with the consequences. Let them build confidence from their successes. And let them learn to deal with their setbacks. Life is filled with them. It’s best that kids learn to overcome them at an early age.

I remember chewing out my youngest son for grinding the gears of our dilapidated ’64 Dodge pickup and taking a corner too fast. At nearly 13 years old, he’d been driving for almost a year. He knew better.

Later on I realized the old truck’s brakes had gone out. I asked my son why he didn’t tell me. He said he didn’t know what was wrong. He assumed that he had downshifted too late and didn’t know why the brakes were “squishy.” But he was smart enough to slow down the truck using the clutch.

At my wife’s weekly mah-jongg game, she relayed the story to her friends… and they were horrified. They couldn’t believe that we allowed our 12-year-old to drive. But they were focused on the wrong thing. They didn’t appreciate my young son’s ability to assess a tricky situation, devise a solution and, with no hesitation, remedy the problem without complaint or a plea for assistance.

Was it risky to allow my son to start driving a truck at 12 years old? Sure, there was some risk involved. But I took the time to teach him how to drive first. And he was confined to our property. To me, this was a sensible assumption of risk for the confidence that my son gained from mastering a new skill at a young age and learning to trust his decision-making skills.

Psychologists may disagree… but I believe the concept of “adolescence” is little more than a destructive luxury. A long time ago it was designed to help protect the young from the harsh labor environments they were often forced to endure. That made sense. A kid shouldn’t be doing hard labor at a young age. But the pendulum has swung too far in the opposite direction.

Today, the period of adolescence is too often used to turn children from productive risk-takers into helpless adults.

Today’s teens are too often shielded from the challenging experiences and responsibilities that build confidence and character.

History is filled with stories of highly accomplished people who started producing and assuming responsibility at a young age… Steel tycoon Andrew Carnegie took a job at a textile mill at age 13. At 15, he was a telegraph operator. And by age 18, he was superintendent of the Pittsburgh Division of the Pennsylvania Railroad. He went on to become one of the richest men in the world.

Billionaire Sir Richard Branson quit high school at 16 and started his frst business, Student magazine. He then went on to start Virgin Records, Virgin Atlantic Airlines and many other companies. And now he is, quite literally, headed for the stars with his space travel venture, Virgin Galactic.

And these examples are not limited to the extraordinarily gifted…

At age 12, my older brother lived alone in a tiny trailer in the middle of nowhere to work our family’s cattle ranch. A half-mile separated him from the ranch’s foreman. There was no phone and no running water. My mom cried when my father dropped him off.

My brother worked hard and, by choice, was back the next year. The ranch crew treated him like the man he had become. By 14, he had enough experience to manage a herd of his own.

What’s exceptional about my brother’s story is that it took place in the 1980s. By then, children were no longer required to contribute to the overall welfare of the home, as had been the case historically. But not in my household. My parents expected us to produce and succeed… and we did.

Put Your Kids’ Skin in the Game

My son Max is 15 years old. Recently, we placed him in charge of his college fund. He’s required to analyze and choose the investments in the portfolio and execute online trades. I assist him with trying to assess the economy and read the market’s direction. I also help him with the math associated with company earnings and profit projections. The rest is up to him.

Max has caught on quickly. If you think a 15-year-old can’t spot a trend, you haven’t spent time shopping with any.

Facebook and Twitter were made fashionable by teens long before they became popular with adults and went public.

Max’s reward for an appreciating college fund is access to some of the profits for his own use. If he screws up, he doesn’t go to college. (Not really. But it’s good for him to think that he has serious skin in the game.)

Max now follows the stock market daily. He also knows, unlike his adolescent friends, that he is handling a real job – with real consequences for his future.

Clearly defining what you expect of your children isn’t a burden… and it doesn’t hinder their creativity. Instead, defined boundaries and expectations bring clarity and focus.

My children know how much we love them. But they also know what is expected of them. When I preach the concept of production over consumption, it isn’t some empty mantra. In my family, if you don’t work, you don’t eat. It’s a hell of a motivator.

When my parents pass on, there will be a financial windfall for my family. But there will be no fundamental change in our lives. My siblings and I have little need for what assets my parents leave. My parents instilled in us the ambition, confidence and resilience that have helped us succeed on our own. Those are the same traits that I am working to instill in my own children… and they are what will carry the legacy of my family forward for generations to come.

Posted in Family, Lifestyle, Work
#repost from @motivationmafia With all the hard w