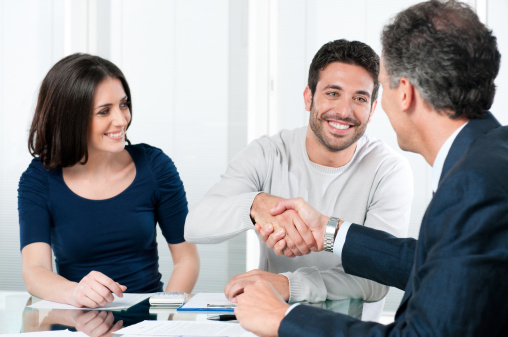 Today, I’m going to tell you about something I call, The Client Attraction Paradox. If you understand this, you can go far. If you don’t understand it, you can struggle.

Working with clients is a crazy business. We are in the business of helping people. And yet, if you’re too eager to help people, you end up helping no one. Because everyone turns you down!

When my wife and I were in the music world, she introduced me to a group of people across the world called oboists. These folks are crazy, poor things. I’d end up crazy too if I had to endure what they do. Oboists live and die by the quality of the reeds they use to play their instrument. They sit at their desk for hours and hours making these little reeds just hoping that some are going to turn out OK so they can play well.

The reason I tell you all of this is because it’s a little bit similar to the type of crazy we encounter when we work with clients. Often times up is down and down is up. You get things by not wanting them. You attract by not pursuing. But how do you do it when you actually have to eat?

If you’re in the client business, of course you need clients. The trick is not to NEED them. There’s a difference.

As Dan Kennedy always says, people are attracted to people who ARE somebody, who are DOING things and GOING places. There’s just a natural attraction to that. It’s hardwired into us for some reason.

So the short answer to this issue is to simply BE one of those people. BE somebody, DO something, GO somewhere! (GO is a relative term here. I rarely, if ever, leave town.)

The Problem With Pursuing What You Want Directly

I worked with a client once who was a self-made success. I watched each month as tons of cash flowed through his hands and into various places. The guy had a real knack for attraction. He was able to communicate, in no uncertain terms, that he was going this way. You could either follow or not. Just understand that, if you chose not to follow, no one would look back to see what happened to you. His skill was the ability to communicate that without actually saying it.

One day, I heard him say something that jumped out at me and has stuck with me ever since.

He basically explained how he had learned that money cannot be pursued directly. If you try, you tend to repel it.

Crazy Me, Pursuing Money Is Exactly What I Had Been Trying to Do For Years!

Needless to say, his way of operating opened my eyes to the true power of attraction when you do it right. Pursuing money directly is the same as when you try to pursue clients directly. It just doesn’t work out well. Because they feel hunted.

The Big Bad Wolf didn’t chase Little Red Riding Hood, he showed up different. That’s much more effective, even if you never find yourself in the middle of a fairytale.

But we’re not animals, are we? We’re not that far from animals. That’s why these “natural laws” are true out in the wild and are true here in our “civilized” society. Things that are pursued tend to run.

The Good News About The Client Attraction Paradox

The good news is that you and you alone have the power to transform yourself into somebody who IS someone, who IS doing things, who IS going places. It’s all under your control. That’s really the secret. You don’t sit around waiting to get anointed or noticed. Years ago maybe that was possible. Years ago, more people were brainwashed into believing you had to get picked. But these days, you’ll be waiting a very, very long time.

I know, I tried it. I won a national music competition back when I was 19. Some of the other competitors were 10+ years older… with Doctorates. My teacher only ever came in 2nd at that competition. I WON. And then I “waited.” I think at some level, I thought I had done something worthy of being anointed. Not so! No one ever showed up. No one came to approve. No one took the spotlight and shined it on me. That was my job and I blew it, big time.

I look back on it now and chuckle at just how unaware I was. Wow. I would say it was a huge wasted opportunity, except I don’t believe anything like that exists.

Right now, I can use that opportunity for so many things including relaying it to you so you make smarter decisions than I did. If that’s the value that comes of it, that’ll be worth it. So here’s something blunt to consider:

If You Can Find the Time to Feel “Needy” About Getting Clients, Then You Are No Where Near Busy Enough

Each week, I publish and do lots of stuff. I have daily emails, I have articles like this one, my own product creation, coaching clients and other client work and on and on.

70% of that work would still exist if I had zero clients. I created it, that’s why.

You know what one of the side benefits of doing all of that is? I don’t have enough time to sit around and think about how I don’t have what I want.

In other words, I’ve engineered things so I don’t have a lot of time to feel needy. When I don’t have time to feel “needy”, I don’t give off “needy”. And we all know that good things come when you can do that.

This is perhaps one of the biggest secrets I’ve discovered over the years:

If there’s something about you or the way you are that is less than suited to becoming successful, don’t bother trying to “change” yourself: simply set things up so it’s impossible for you to be that way.

Do you think I’d sit down and write a daily email to the world if thousands of people weren’t expecting it? I guarantee you I wouldn’t. But the pressure of knowing everyone is waiting on me gets my tail in gear.

I’ve built it in. And you can do it with the whole “feeling needy” thing. If you remove unused time and put it to work to BE somebody who is GOING places and DOING things, there’s not a lot of time left.

So here are some questions to ask yourself to start the process of attracting clients without NEED (with a capital N):

First, what kind of a SOMEBODY do you want to be? In other words, what are 2-3 big ideas that YOU stand for in the marketplace?

Second, WHAT do you want to be doing that is valuable to your target market even if they never hire you?

Third, WHERE do you want to go? You’re “going places” remember? Well where is that? What is the land that you are helping your clients travel to? What does that look like?

You can do this. All you have to do is start.

Posted in Careers, Entrepreneur, Internet Business, Wealth
#repost from @motivationmafia With all the hard w