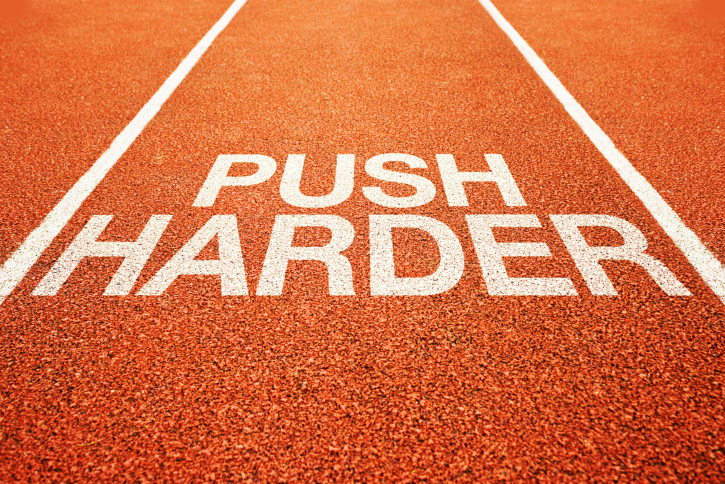 That’s what I do in my business. I chop wood, I carry water.

Today, I’d like to tell you the story of how that came about and why it’s become such a valuable business building tool for me.

It all started back during my time as a music student in college.

Year one was inspiring. I was a talented musician who ended up studying in the studio of one of the best organists in the world. During that entire first year, I was drinking from the firehose.

From the weekly four hour performance classes, to the academic work, to all of the hours in the practice room—it was all work, all the time. (Side note: I also had a full-time “second job” while all of this learning was going on. I had to get on the radar of my future wife. At the time, she had no idea that I existed, and I was clueless about how to fix that.)

Year two was different. Things started to fall apart. All of the “new stuff” I had learned now had to be assimilated and worked through. This created a huge amount of stress, angst and all around discomfort.

I got through with lots of coffee and lots of wine (red please).

Near the end of year two, things started to come together. I won a national music competition (my teacher had only ever placed 2nd 🙂 and my “voice,” my unique value, started to become clear to me and those around me.

During year three, the momentum picked up. I started to pull free from doing what I was told to do and started to think and make music on my own terms.

During year four, I won a job (paying a whopping $31,500!) that included other applicants way older with advanced degrees. Me, the little punk, got the job.

So why am I telling you this?

No matter what you’re going through right now, you are prepaying for the future.

Everyone has to pay. You either pay now or you pay later.

My recommendation is to do that work, not to “get” somewhere, because the destination will most always disappoint.

Do the work because it’s worth doing.

Because not much will change at your destination. Even after you become “successful.” Whatever that word means to you.

I don’t think I’ve ever worked harder in my life than over the past few months.

And yet, when I wake up each day, I’m more energized than ever.

But I’m energized by the quality of my work more than by what the work is “getting me.”    I guess it’s the artist thing coming out.

What’s weird is that what I thought I wanted most (success) suddenly takes a back seat to something I value even more.

I thought I would value the results. It’s clear now that the work is what is most valuable.

I’m a wee bit shy of enlightenment, mind you, but I’m happier now to chop the wood and carry the water than I’ve ever been.

I realize now that the goal isn’t to finish chopping or to finish carrying. The goal is to deepen the value I get and give in that action.

How Chopping Wood and Carrying Water Can Attract Clients

The best part is, “chopping wood and carrying water” can actually become an excellent way to attract clients and business.

Back in my music days, I wasn’t exactly the world’s most disciplined when it came to practice.

We were supposed to practice four hours a day. Luckily I had talent, which apparently got me through. I just imagine what I would have done if I had really put in the time.

But I was too busy wanting to “get” somewhere to just sit in one place for too long and focus my attention on doing something truly great.

I only learned later in life that my apparent inability to just chill out and sit there for four hours was the sign of a person who, on the inside, was completely overwhelmed. Too much nervous energy and no idea about how to focus it.

It made slowing down a challenge I wasn’t prepared to overcome at the time.

I’m getting better at it. But only because I practice it. Every day, actually.

My process for “getting clients,” “getting customers,” “attracting opportunity” is probably the slowest method in the world. If there was an award for it, I’d probably win first prize.

There are no fireworks, no loud bangs, no amazing displays of dazzling achievement.

Instead, I attract through demonstration. I chop the wood and carry the water out in the open. People see it. Things happen.

It takes time. But when it works, the level of trust on which that relationship is built is a very beautiful thing.

Every so often I meet upon a stranger who says something like, “Hey, I heard you are great at ‘chopping wood and carrying water,’ could you help me?”

If you think about it, I get paid to practice what I love to do. It’s magic.

What’s your “chop wood, carry water” work? How do you demonstrate who you are and what you do on a consistent basis? What are you doing to develop that attractive force towards you? Let us know. We’d like to hear from you.

Posted in Careers, Entrepreneur, Internet Business, Wealth
#repost from @motivationmafia With all the hard w