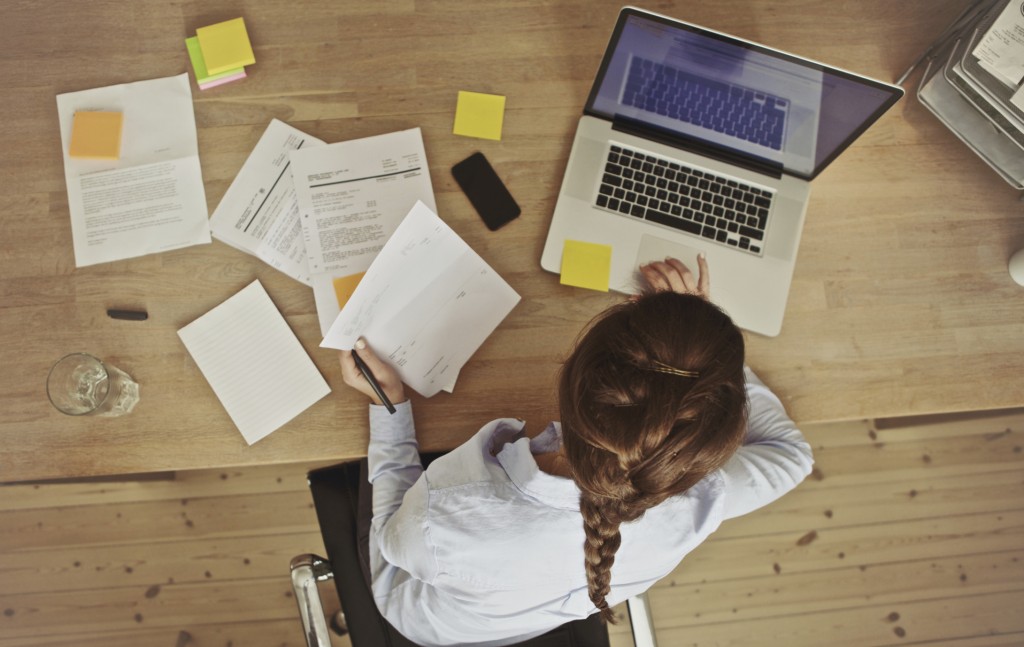 Too many people believe it’s their company’s job to carve out a career and professional development plan for them. It can be awesome when a company does this — it’s one of the big goals of our company this year. But it’s rare.

It’s also not an excuse. Your inability to make progress is not a function of your company’s ability to train you.

It’s your job to train yourself.

What You Do At Night Matters

I was lucky to have this drilled into my head when I was younger by my parents and mentors. I graduated with a marketing degree but wanted to become a designer. So I spent my evenings and mornings practicing, doing real projects for free to get the skills I needed. It took a long time, but eventually it paid off. Here’s what happened…

When I became a business owner we (my wife and I) decided design was no longer my highest and best use of time and I switched back to marketing. After the kids went to sleep I practiced and learned and experimented. It took a long time, but eventually started paying off.

I never would have become a creative director or led product development or taught marketing to MBA students if I relied on professional development initiatives from my employers. I had to create my own curriculum, and I had to practice. For a long time.

Most people I know who are successful follow the same pattern. One friend graduated with a history degree, but had an interest in technology and sales. He started doing inside sales and learned programming at night. He eventually became a VP of sales at a startup. Now he’s a CTO.

Another friend had a political science degree, but was interested in startups as well. He learned enough design and development to build an agency that he later sold, and he ended up in venture capital.

In both of their cases, the things they did between 6 PM and 12 midnight were what determined their future.

There obviously needs to be balance. If you have a spouse and kids, you need to be fully present with them each night. Even if you’re single, you need to carve out time to exercise, see friends, connect spiritually, etc. And of course, giving yourself the opportunity to catch a movie or a game periodically is fine.

But what you don’t need to do is queue up another season of Downton Abbey on Netflix, spending the 14 hours a week the average American spends watching television. You don’t need to spend as much time playing Candy Crush or stalking high school friends on Facebook.

So what should you do instead?

My college mentor grew up in a poor African American family in Alabama. He managed to be the first in his family to get into college, attending West Point. He was a decorated officer before getting his MBA at Harvard. When I met him, he ran economic development in Colorado Springs.

When I asked him what he most attributed his success to, he said it was because he started reading and never stopped.

He believed knowledge was the key to getting what you wanted in life. So much so that his life goal was to build libraries in underprivileged communities like the one he grew up in.

He always asked job applicants what book they were currently reading. The A players were folks who could answer without hesitation. They usually were in the middle of 3 or 4 books, and at least one of them was professional in nature.

Reading gives you a huge head start on your peers who don’t.

You’re more likely to identify strategies and tactics from other industries that might work in your company.

You’re more likely to avoid making common pitfalls that otherwise would only come with experience.

You’re able to transfer that knowledge in your organization, creating new capabilities for your company.

And you’re more interesting to talk to.

Anthony Robbins used to say that if you spend 1 hour a day learning about a particular topic, you’d know more about that subject than 99.999% of the world within a year.

Even if you have only 30 minutes a night, you can easily read a book a week. Maybe you’re not an expert, but I guarantee you’ll know more than your peers.

Ideally, you’re able to take what you’re learning and apply it in real world situations. If your company doesn’t provide that opportunity, you need to create it yourself.

I’ve argued in the past you should be willing to work for free. The reason is that it gives you reps. You simply learn more on real projects with real constraints than you do working on imaginary projects for a portfolio.

You get to learn how a principle applies in an actual industry, with actual team members, and how it impacts actual customers. You learn how to execute under a deadline, and have the benefit of a real feedback loop to see if what you did actually worked.

When you’re not very good yet, that experience is invaluable. Maybe more valuable than the measly fee you’d collect as a novice.

If you can realistically justify charging for it and you can convince someone else, go for it. But don’t let fees get in the way of the work. Do whatever it takes to get as many reps as you can. The more times you get to practice the faster you improve.

The other way to get more reps is to take on projects no one else wants at work. By taking on those projects, reframing them, and making them successful you get opportunities to acquire new skills and influence within your organization. It’s unlikely you’ll have a ton of time to do this during the day since you’ll have your normal job responsibilities. You’ll have to do these projects at night. But the payoff can be huge.

A strong network accelerates everything you do in your career. You should spend considerable time building yours if you aren’t already.

A good network gives you smart people to bounce ideas off of.

A good network gives you access to information and knowledge that are otherwise hard to come by.

A good network gives you introductions to consulting or freelance work that can give you more reps.

A good network will lead to more potential partnerships or revenue opportunities for your current company.

A good network will become the source of your next gig.

If you start your own business, your network will be the source of your early customers, your best employees and your most favorable sources of capital.

Rather than going home or going to the bar with your college buddies, you should be hitting up Meetup groups.

You should join your local chapter of whatever professional organization is most relevant to your career.

You should be grabbing coffee or drinks or breakfast with new people every single week.

And you should always stay in touch, actively looking for opportunities to help your network — to make new introductions, offer advice or share knowledge.

Your network can become your most powerful career asset, and the time you’re spending watching Duck Dynasty can be spent building it.

The great thing is you don’t need permission. Your boss doesn’t control your down time. When you’re home, your kids are in bed, and you normally shut your brain off, you can instead be doing things that will make you smarter, more capable and more connected.

If you spend an hour a day doing these things, I guarantee your professional life will be dramatically different in a year than it is today.

[This essay was originally published on Medium.com. Click here to view the original]

Posted in Careers, Wealth
#repost from @motivationmafia With all the hard w