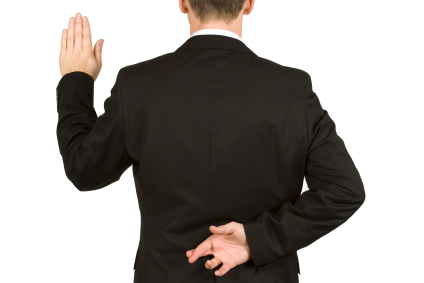 Mike Whitfield weighed 300 pounds at just twenty-eight years old. Each night, after arriving home from his corporate job and while deciding what he was going to have for dinner, he’d eat a large bag of potato chips. After sitting on the couch and playing video games, he’d then make a large frozen pizza and finish it off with a big bowl of ice cream.

Mike’s weight ballooned until one day he couldn’t see his shoes. All of this happened because he kept lying to himself.

“I told myself, ‘I can’t stop eating chips at night. That’s how I relieve stress after work.’ And I also said ‘I can’t exercise because I’m too big and out of shape.”

But then one day he just stopped thinking that way – and stopped lying to himself – and decided that he could do those things.

“I overcame these thoughts by going to the gym after work instead of hitting the couch and eating potato chips.” Mike said, “I also signed up for a 10k run months before the event so that I had a deadline and pressure to train for it.”

Within days he had stopped eating junk food before dinner. By the end of the month he’d lost sixteen pounds. In 6 months, he’d shed 75 pounds of fat. Two years later, he was down 105 pounds, and he’s kept that off for over nine years. At the same time he’s become a rising star in the fitness industry, earning the first ever Turbulence Trainer of the Year award at my annual fitness summit.

Mike changed his life and it all started by telling himself the truth.

He went from telling himself the “I can’t do that” lie to being able to handle the “Yes, I will do this” truth.

How many times have you said, “Oh, I can’t go without checking my email until9am”?

How many times have you said, “I just couldn’t survive without my morning coffee and donut”?

How many nights have you said, “There’s just no way I can get to bed before 10pm”?

Sometimes it’s not your fault. Often other people initiate the lie, telling us that we’re not good at something, and then we reinforce it year after year.

For example, in his excellent book, What Got You Here Won’t Get You There, Marshall Goldsmith recounts the story of how he was once told that he wasn’t mechanically adept. He reinforced this belief on himself for decades without even trying to test whether this axiom was true or false. Finally, one day, he put himself through a course and found that he was in fact quite good at mechanics. But he had wasted years telling himself the lie that “He can’t”.

Like you and Marshall, I’ve told myself similar lies for years.

It used to be that “I can’t get up before 6am” and “I couldn’t exercise before lunch”. Both of these small white lies were overcome by changing my thinking and putting the lies to the test. But we often don’t challenge ourselves. It usually takes the intervention of others to get us to test the truth of our lies.

One day I made the mistake of trying to pass off a big lie while in the company of ETR Publisher Matt Smith. We were talking about the importance of live events in the Early to Rise world.

“I dunno Matt,” I said, preparing to deliver my lie, “I can’t do that. I just don’t have the energy to answer questions all day.”

Matt, the human polygraph, just looked at me with his patented incredulous look.

And then he raised the eyebrow and said again, “REALLY?”

That’s all he needed to say. He called my bluff. The charade was over. I was caught in the lie. The truth was I just didn’t want to do it. It wasn’t that I physically couldn’t do it. In fact, I hadn’t even tried to do it.

And that’s how it is for all of us.

It’s not that we can’t get up earlier, or go to bed earlier, or make time to work on our side business early in the morning or late at night. It’s just that it’s easier for us to say that we can’t…and to use that as the excuse, rather than to put ourselves to the test outside of our comfort zones.

The worst part about telling ourselves the big “I can’t” lie is that we aren’t even trying.

It’s one thing to quit. At least you started. But when we tell ourselves the “I can’t” lie, we do so without even having had the courage to try in the first place. And that’s the ultimate weakness. Not trying.

When you combine your ultimate weakness with your biggest lie you end up with a life of frustration, a lack of progress, and the dishonor of knowing that you are avoiding self-growth in order to remain in the safe confines of your comfort zone.

We lie to protect ourselves. And it works. It saves us from social and physical discomfort…in the short-term. But in the long run, it makes us weakened slaves shackled to a lifetime of unfulfilled potential.

“I can’t move to another country and learn another language even though it promises me better opportunities.”

“I can’t go without bread at meals or my morning donut before lunch.”

“I can’t follow my dreams and start my own business even though it would allow me to help thousands of other people.”

“I can’t tell anyone how I feel even though it would strengthen our relationship and encourage more open and honest communication.”

I’m going to protect myself and stay safe from harm and I darn well plan on keeping it that way. That’s what “I can’t” really means.

But is it true that you can’t?

The truth is you don’t want to. At least be honest. Start with that. Then see where you can go from there. Take a tiny step into the waters of Lake Can’t and see if perhaps it’s not as cold, dark and deep as you thought it once was.

It’s time we learned this as well.

Do it and answer honestly.

Is it that you can’t or that you won’t?

You’ll realize that the invisible brick wall between you and “can” has only been erected in your mind. It is almost never a physical limitation.

Your body is capable of surviving without bread, your mind can be trained to fall asleep before 10pm, and you can learn a new language at any age. You can make time for exercise and for working on a side Internet business at home, either before or after work.

Let’s stop lying to ourselves.

[Ed Note: Craig Ballantyne is the editor of Early to Rise (Join him on Facebook here) and the author of FIM, a complete blueprint to helping you take control of your financial future with research of proven methods in your career, in your business and in your personal life. He has created a unique system to show gratitude and appreciation to stay on track for these goals each and every day. Click here to follow the exact 5-minute system you can use to improve your life.]
Posted in Motivation, Self-Improvement
This error message is only visible to WordPress admins