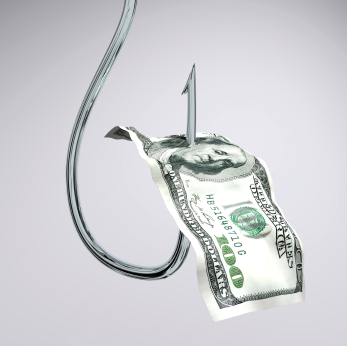 I just bought a property, cheap. The lawyer thinks I could sell it for a six-figure profit right away.

A friend of mine heard about this deal and said, “Well… it takes money to make money.”

I was surprised he said that, actually. To me, this little phrase is one of the biggest and most dangerous lies out there. It is a convenient excuse to simply not try to succeed.

“Lord, I’ve worked hard all my life, why couldn’t you have just let me win the lottery?”

The Lord replied, “Why didn’t you just buy a ticket?”

You’ve got to try. And it doesn’t “take money to make money.”

In my last real estate deal, one of my business partners put up no money at all. Instead, he’s putting in “sweat equity.”

He’s doing most of the work on this project, adding value to our investment. I’m certain he will come out with a six-figure profit when we sell. He could even make a couple hundred thousand dollars! Remember, he put zero money in.

So in his case, it didn’t “take money to make money.”

His situation is not unique in real estate. A common deal goes like this:

He had the only two things you need: 1) an idea, and 2) the willingness to roll up his sleeves and make it happen. He did everything from finding the old guy and convincing him to invest, all the way through to selling the property.

In both examples, the young guy didn’t even have any risk in the deal.

Real estate deals are an easy example. But it doesn’t “take money to make money” in other areas, either.

A young friend of mine came up with a simple idea. He launched a website that focuses on – get this – forklifts! It’s like a Hotels.com, only for heavy-duty equipment. If you need to buy or rent heavy equipment, you can locate them through his website, and find the pieces you need that are closest to you and at the best prices.

It’s not the sexiest-sounding business, but it’s a great idea. It cost him next to nothing to set up his website and call equipment owners to get them on board.

Now he earns a commission from every sale or rental. Life is good. He doesn’t work for “the man” anymore and hasn’t for years, and he’s making more money than ever.

You can’t underestimate either of those things. The amount of effort and commitment required will be extraordinary. But that’s the way it goes. You’re trying to break out of the ordinary. So an ordinary effort won’t cut it. You will need to sustain an extraordinary effort.

This is hard. But it’s how you make money.

Don’t ever catch yourself saying it takes money to make money.

It takes a great idea, and the willingness to make it happen.

Now get to it! You can do it…
[Ed. Note: Steve Sjuggerud is a regular contributor to DailyWealth, a free investment newsletter focused on the world’s best contrarian opportunities. He writes with a simple belief in mind: You don’t have to take big risks to make big money with your investments. In fact, Steve has a near perfect track record. Steve recently put together a video presentation detailing how to collect up to $325 per month without ever touching traditional stocks, mutual funds, bonds, or options. To view his presentation, click here.]

Posted in Entrepreneur, Investing, Motivation, Self-Improvement, Wealth
This error message is only visible to WordPress admins