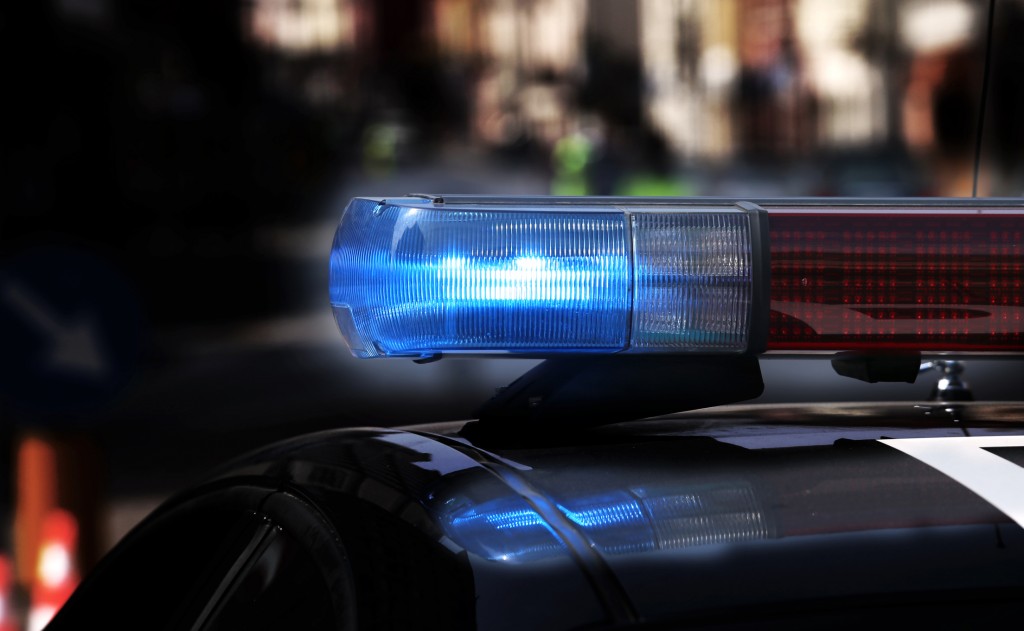 Have you ever been tempted to squeeze someone’s irresistibly cute bottom? Tell a judge where he can stick that speeding ticket? Claim a tax deduction you don’t really deserve? Drink and drive?

So why didn’t you?

What’s that you say? You don’t do those things because you’re a “good” person?

Well, while your application for sainthood is being processed, consider the rest of us — imperfect folks who are sorely tempted to do all of those things and still don’t… simply because we fear the consequences.

It’s a rational fear. Fact is, here in America — “the land of the free” — one out of every 98 adults is behind bars. More than 2.3 million of the 225 million adults in the U.S. woke up this morning in a federal or state prison or a local jail. Almost as many people who live in Chicago live behind bars.

That leaves about 222.7 million of us grownups outside the prison walls — including former prisoners, folks on the lam, folks who probably should be on the lam (presidential candidates, Congress, most bureaucrats, whole-life insurance reps, every lawyer but mine, etc.), and, of course, the rest of us.

To one degree or another, every one of us has tempered our behavior — even refused to do something we probably should have done — because we fear winding up in the pokie.

But fear does more than keep us from doing the less-than-praiseworthy things we want to do. It also compels us to do things that we would never do voluntarily.

Slightly more than 145 million of us labor all year for the privilege of handing over a big chunk of our income to politicians and bureaucrats — in federal and state income taxes, sales taxes, property taxes, automobile licensing taxes, excise taxes, taxes imbedded in the price of every product we buy, the inflation tax, and other government taxes and fees.

Because if we didn’t, we could lose everything we own — or maybe wind up in jail.

We spend billions on all kinds of insurance to protect ourselves and our families from things that will probably never happen.

Millions of Americans vote for Democrats because they fear global warming.

Millions more vote for Republicans because they fear Democrats.

I vote Libertarian because I’m terrified of both parties.

What are your prospects afraid of?

Read most books about copywriting, and you’ll read a ton of stuff about how to appeal to your prospects’ desires by fully laying out your product’s benefits.

Now benefits are in the business of fulfilling desires — like the desire for greater wealth, better health, more fulfilling and more enduring relationships, the respect or even the envy of peers, and much more.

But every benefit is just one side of a coin. The other side is a fear.

Because while prospects desire all these things, they also fear NOT having them. They fear being obolary and dependent… being sick and in pain… being abandoned and left alone… and scorned by others.

And so sales copy that promises to deliver a much-desired benefit and alleviate a nagging fear can be twice as effective as copy that focuses on benefits alone.

But activating your prospects’ fear in promotional copy can be a tricky proposition. So I thought it might be a good idea to give you a few guidelines that I use…

1. Attempting to give prospects a fear they don’t already have: The last thing your prospects need at the end of an emotionally exhausting day is to pick up a magazine, open a direct-mail package, or land on a Web page that introduces them to a new problem or a new fear. Doing that is a sure way to get your sales message ignored.

Moral: If you’re going to invoke fear in your sales copy, make sure it’s a fear that’s already waking your prospects at 2:30 a.m. in a cold sweat.

2. Playing on prospects’ fears of distant events: We all know that we’re going to retire — someday — but few of us get serious about saving for the future until it’s too late.

We all know that smoking will kill us — someday — yet millions of us still smoke.

And of course, we all know that Double Whoppers and Double Quarter-Pounders with Cheese will eventually clog our arteries and doom us to a heart attack or stroke — yet McDonald’s and Burger King sell billions of dollars’ worth of this toxic (but mouth-watering) stuff every year.

So why doesn’t the fear of a poverty-stricken retirement or lung cancer or a heart attack or stroke motivate us to change our behavior?

Simple: The pleasure we get from spending our money… or chowing down on a thick, greasy burger… or savoring an after-dinner smoke… is immediate. The price we pay won’t be exacted for years or even decades.

Put simply the distance of the negative event in time neutralizes its power to change our behavior.

Moral: If you’re going to use fear in your copy, make sure it’s an imminent. Something that is likely to happen in the very near future — better yet, at any moment.

3. Using fear that paralyzes: The U.S. housing bust and mortgage meltdown paralyzed the credit markets. Corporations and consumers alike have been finding it difficult to get loans and even credit cards. As a result, they’ve drastically cut down on spending.

If this situation is allowed to continue, the U.S. economy will never get out of this recession. So the Fed is cranking up the printing presses — unleashing a tidal wave of unbacked, phony-baloney dollars worldwide.

And even though the stock market reminds me of a balloon in a roomful of razorblades, I’m deliberately avoiding sales arguments that could freeze my prospects like so many deer in the headlights of an oncoming tractor-trailer.

Because although I want my prospect concerned that his money is losing his value… I do not want him frozen into inaction by the fear that the entire U.S. economy could come unglued at any moment.

Moral: Using a fear that paralyzes prospects won’t do you any good… and it sure won’t help your prospects.

4. Invoking a fear that isn’t actionable: If you’re looking for something to be afraid of these days, you sure don’t have to look very far!

TV is replete with programs telling us how the world as we know it is coming to an end.

Either global warming is going to melt the polar icecaps, flood our coastal cities, and create worldwide famine by altering the weather…

… Or a mega-earthquake in Yellowstone or a giant comet or meteor is going to plunge us into a new Ice Age.

So does any of this make me feel like buying anything?

Well, if you’re selling a spaceship and a map to the nearest inhabitable planet — and if you’ll let me pay you over 30 years or so — maybe. Otherwise, invoking my fear won’t do you one bit of good.

Moral: Pushing your prospects’ panic buttons is pointless unless you can show how your product eliminates the cause of his fear. Quickly. Cheaply. Permanently.

5. Emphasizing fear over the solution: The other day, I critiqued a fear-based first draft of a promotion by a top-notch writer. As expected, the sales copy sang and soared. It grabbed my attention and absolutely convinced me that the kaka is about to hit the air conditioner.

But it didn’t make me want to buy the product.

See, this promotion is about politics — how the bozos and bozettes in office are going to royally screw us all — and how, in order to survive and thrive, the prospect needs the advice a particular guru is offering.

But the writer focused almost entirely on the fear our prospects should be feeling as they watch politicians preen, spin, and lie their keisters off on the six-o’clock news.

While each threat to our prospect’s wealth, health, and liberty was presented in exquisite detail over many pages of inspired, impassioned prose, the many ways in which our client’s product neutralizes those threats were presented quickly and without emotion.

Moral: Ultimately, it’s not about fear. It’s about the solution to that fear — the benefits — that you’re offering.

A little fear goes a long way. It’s a powerful attention-getter. Used correctly, it can add dimension to your product’s benefits and motivate prospects to order now.

But nobody buys just because they’re afraid. They buy because you’ve proven that your product will bring tremendous practical benefits to their lives — and, by doing so, will free them from the fears that torment them now.

[Ed. Note: Using fear effectively in your advertising is just one of the strategies you’ll learn as part of Early to Rise’s Internet Money Club. It’s a step-by-step program for starting and growing your own profitable Internet business. You get all the tools — and instruction — you need to make it happen, but without any of the technical headaches.

Search engine optimization, joint ventures, copywriting, marketing strategy, e-mail list building… everything Early to Rise has done to build its business is there. And you get a coach and mentor to help you understand and apply everything you learn. Registration is only open until next Friday.

In many of the 34 years since Clayton Makepeace began his career, his marketing brainstorms and sales copy have generated over 100 million dollars in sales for his clients - all told well over a billion dollars so far! Clayton's copy has generated as many as TWO MILLION NEW CUSTOMERS for a single product in just 36 months and doubled, tripled - and on four specific occasions, quadrupled - the number of paying customers on his clients house files in as little as a year or two.He has increased his client's sales revenues by up to 1,000 percent in a single month, and multiplied monthly sales revenues by up to 4,400 percent in one short year.Clayton's direct response copy has pulled in as much as $3.6 million in sales over a weekend $5 million in a few weeks and $16 MILLION in a single month!