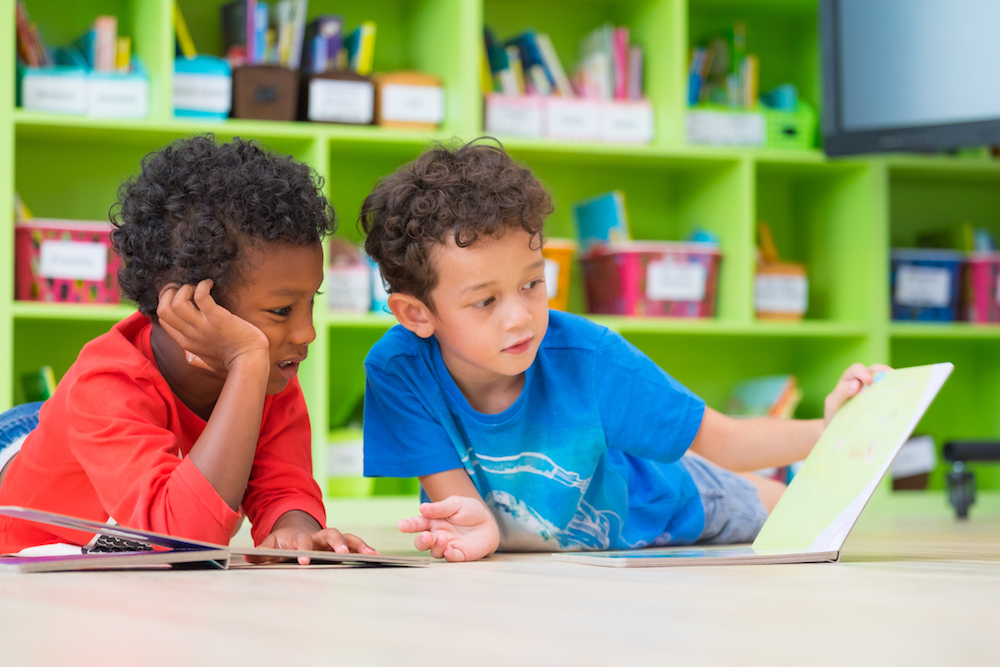 Happiness is a tricky thing. We chase things, ideas, and people we think will get us closer to happiness, but they never truly do.

Every time we reach a milestone, hundreds more appear before us. Before we know it, we are on the road to happiness once again—wandering travelers with no home in sight.

Happiness is not a destination, but a state of mind composed of all the beliefs we have about ourselves and the world around us. Some of these beliefs empower us, while others keep us restrained. If we are to be truly happy, we must deactivate the beliefs that hold us down—especially those that were programmed into our minds during our youth.

Here are 4 beliefs most of us learned as kids that hold us back:

1. Retirement Will Make You Happy

Retirement was a concept invented in Germany in 1889. It allowed the younger generation to join the workforce and more senior people to enjoy their last few years on this earth. However,  life expectancy has increased significantly since then. Thus, retirement morphed into a queue for death filled with television and midday naps. What’s more, health seems to rapidly deteriorate.

With no purpose in this state of “quasi-happy limbo,” our brains begin to atrophy. Why? Well, the reasons we have to get out of bed in the morning no longer exist. Researchers at the Tohoku University conducted a seven year study on 43,391 people in Okinawa, an island in East China with the highest life expectancy on Earth. At the end of the seven years, a little over 3,000 people had died. What they found was that the risk of mortality was significantly higher among the subjects who did not find (or already have) a sense of “ikigai” (purpose).

Pay close attention the next time a news stories about a person that’s a hundred plus years old comes on the news. No matter their race, gender, or history, there’s always one thing that they all have in common: All of these people still work or volunteer in some way. They don’t need to do it for survival or money, but for purpose. Even though their bodies are old, it’s clear their minds are sharp and spirits are light.

Purpose is something that we need until our very last breath. No amount of money will ever change that.

2. How Much You’re Getting Paid for Your Time Is More Important Than Who You Spend It With

Person A: An investment manager in New York with a salary of $250,000 a year. He has a gorgeous apartment on 5th Avenue with incredible views of the entire city. Too bad he never sees it. He works roughly 80 hours a week and hates half his office. He has a 5-year-old son and a wife that he does not see much. His time is caught up in the political game of getting to the top of the firm ladder. In the short amount of the time he does spend with his family, his mind is never really there. He thought about quitting a few times, but between his apartment, expenses, and attachment to his title, what is he going to do? He has gone too far to look back now and start over. He looks perfect from the outside, but feels like a slave on the inside.

Person B: Makes $75,000 a year, working 30 hours a week. He usually picks his kids up from school because he can. He is always exploring new ventures and interests. He indulges his curiosity and when he is doing something, he is fully present. His life is filled with people whom he relishes being around, and practices self-care that keeps him balanced. He sometimes has to deal with people he doesn’t like, but never gets too caught up in the weeds. He uses empathy to diffuse situations.

According to the Glueck Study, person B. The Glueck study was an 80-year behavioral study of 268 Harvard sophomores that started in 1938, eventually expanding to over 1,300 people. This was the longest social study ever conducted in human history, which included a diverse set of people, including (among others) President John F. Kennedy.

What it found was that quality of relationships matter the most to human happiness. Being in a place where we are constantly sacrificing good relationships for money may put us in a golden palace, but without anyone there, it’s more like a golden prison. Finding balance is easier said than done, but the longer we prioritize the wrong things, the harder it is to turn back.

There are many examples of tech billionaires, such as Mark Zuckerberg or the late Steve Jobs, always wearing the same hoodie or turtleneck. They could clearly afford clothing, so why did they dress like their closets were almost bare?

Every decision we make requires mental energy. By eliminating choices, we reduce the stress on your prefrontal cortex. Most decisions we make during the day are small, irrelevant decisions that can be streamlined. Does it really matter whether you wear blue jeans or black ones?

The more decisions we have to make, the less likely we are to make the right ones.

At one point or another, we all have spent more time choosing a movie than watching it, or picking a restaurant than eating there. We spend so much time deciding only to find that we have no energy to enjoy the movie or meal.

When making big decisions, eliminating smaller ones and not looking back after a plan of action is chosen makes a big difference.

So simplify your decision-making so you can really focus on what matters. Just wear the blue jeans already.

If you ask most people what they want in life, they’ll say they want to be happy.

Ironically, if you ask the same people when they felt happiest, it’s usually after going through a tremendously challenging experience. We are in awe of people who overcome great tribulations, yet we shy away from the same experiences in our own lives. Our brains are wired to keep us safe and do so by creating dissembling lies. These lies create self-imposed barriers stemming from either “Can’t Do” beliefs of “Don’t Want To” beliefs.

Can’t Do Beliefs: These usually manifest in some form of the question, “Why bother trying if we’ll never make it?” However, our perception of “never” is usually grounded in fear—the same fear that dissipates as soon as we take the first step. After all, how do we know we can’t if we haven’t even tried?

Don’t Want To Beliefs: These are lies we tell ourselves—and everyone around us—that explain why we do not want something, even though we secretly crave it. By convincing ourselves that we don’t want something that requires courage, strength, effort, and vulnerability, we preclude the need for working hard. And with that laziness comes a lack of true happiness.

Becoming aware of our unhealthy beliefs and seeking even the smallest self-improving discomforts can take our lives to the next level. Seeking discomfort does not have to be quitting a job or jumping out of plane; it could be as simple as making eye contact with a stranger or saying YES to something completely random.

Say YES to life and no to any belief that binds you. Awareness is the first step towards freedom and happiness.

Little surprise that our upbringing is founded on some egregious lies. They weren’t told maliciously; either beliefs were different when we were born, or our parents genuinely wanted to protect us and ensure our ultimate success in life.

But adulthood requires taking a hard look at the “truths” and rules we often take for granted. How many of them are keeping us from being fulfilled, happy, and successful?

Dan Elias is the co-founder and director at Motivate, a daily video life coach mental health app. He is passionate about personal development and helping people develop creative strategies for unlocking their potential.