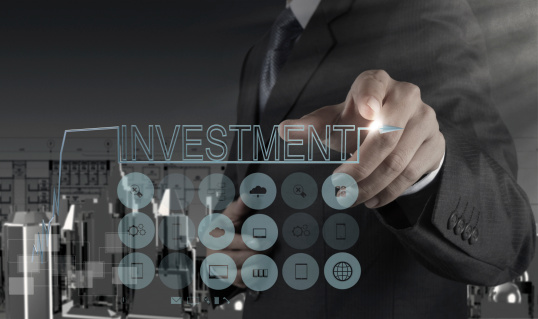 Warren Buffett was born in 1930 and became a child of the Great Depression. Today he’s worth in excess of $50 billion.

George Soros was born the same year, and became a child of the Great Depression, the Holocaust, and WWII. According to Forbes.com, he’s worth over $19 billion.

Carl Icahn was born in 1936. He was once so broke, he had to sell his car to feed himself. Forbes.com says he’s worth around $20 billion today.

All started with nothing. All wound up billionaires. All did it by investing.

At first glance, they don’t seem to have much in common… Buffett buys stocks and whole companies and says his favorite holding period for investments is “forever.” Soros became a billionaire by making huge leveraged trades in stocks and currencies. Icahn buys controlling stakes in public companies and badgers management to sell assets, buy back shares, and do anything it can to realize hidden value.

But they do have some traits in common, a few core investing ideas that helped make them billionaires. Like every great secret of life, this one is hiding in plain sight. These three self-made billionaire investors…

1. Don’t diversify
2. Avoid risk
3. Don’t care what anyone else thinks

Consider what is likely your greatest source of wealth generation: your career. You probably haven’t diversified at all in your career. Even if you tried many different careers, you were never doing several of them at once. And, even if you do more than one job, it’s highly likely you spend the great majority of your time at just one of them and that just one provides the great majority of your income.

Why should investing be any different?

When Carl Icahn bought Tappan shares, he was paying around $7.50 each. But he knew by looking at the balance sheet that the company was clearly worth $20 per share if it were broken up. That’s a 62% discount to fair value, a very safe bet.

After Tappan, Icahn targeted a real estate investment trust called Baird and Warner. At the time he found it, the stock was trading for $7.89 a share. Its book value was $14 a share. That’s a 44% discount to book value, and a generous margin of safety.

Soros manages risk differently than Icahn and Buffett. He says the first thing he’s looking to do is survive, and he’s known to beat a hasty retreat when he’s wrong. He keeps loss potential in mind before trading. When he shorted $10 billion of British pounds in 1992, he first calculated that his worst-case loss scenario was about 4%.

No. 3: THINK FOR THEMSELVES

Wall Street wouldn’t buy shares of The Washington Post when Buffett started buying it in February 1973. That’s true, even though most Wall Street analysts acknowledged that this was a $400 million company selling for $80 million. They were too scared because the overall market had been falling for some time.

Soros talks to lots of people to get a feel for where a market is going. But he never talks about what he’s buying or selling. He just does it.

Carl Icahn doesn’t need Wall Street, because he has his own research team. Icahn’s people comb through thousands of listed companies to find the ones that are right for his corporate-raider style. Icahn has to have his own research team. If he bought research from Wall Street, the whole world would figure out what he was doing, and it would become difficult to buy shares cheaply.

Think for yourself, avoid risk, and don’t attempt to diversify into a bunch of investments you don’t understand.

If you really want to get rich in stocks, those three rules are your foundation.

[Editor’s note: Every month, Dan scours the market for companies with little debt and lots of cash. And when he finds them trading far below their true value, he highlights them for subscribers. To learn more about subscribing to Extreme Value, click here.]
Posted in Investing, Personal Finance, Wealth
This error message is only visible to WordPress admins