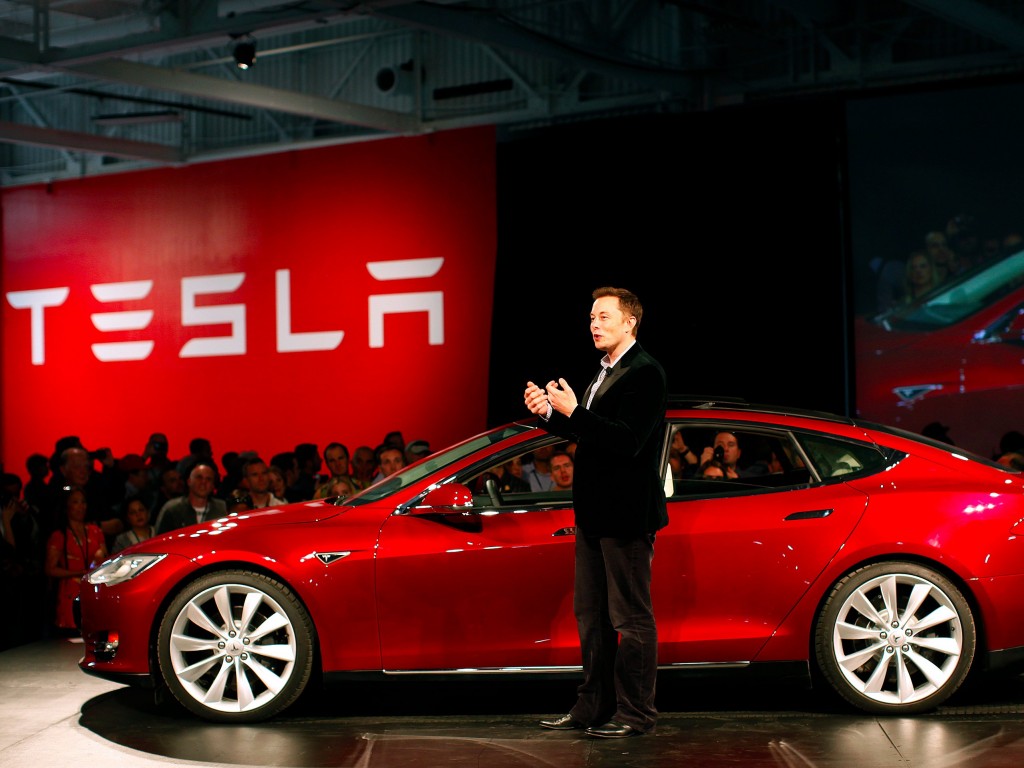 What happens when you invite a small group of your closest friends to LA to show off your new ride?

Elon Musk: “The range will be an EPA rating of at least 215 miles [per charge].”

Here’s what you need to know:

What the critics are saying:

The second and last points are important. The Daily Beast says:

The biggest letdown ahead awaits the longtime Tesla fans who hope that they may finally be able to stretch the family budget just enough to buy the affordable Tesla they have been waiting for since 2006. In order to bring the cost of a Model 3 below the $35,000 mark, buyers will need to qualify for a $7,500 federal tax credit — but that credit begins to expire after Tesla sells 200,000 qualifying vehicles. At current sales projections, Tesla will run out of those tax credits sometime in 2018 — just as Model 3s start rolling off production lines. In order to be one of the lucky few to qualify for those few remaining credits, the Tesla fans most in need of the financial assistance are camping out in front of stores to claim their shot at getting a truly affordable Tesla before the credits expire.

Unfortunately for these fans who most represent Tesla’s mission to make electric cars affordable to more than the super-wealthy, the remaining Tesla tax credits are likely to be all gone by the time their Model 3 gets built.

In short, two years from now Tesla’s Model 3 will have competition (Chevrolet Bolt EV). Making it more expensive to market, and because Tesla only sells three models of cars — whereas Chevy and other more established brands have fleets of non-electric cars they can sell to offset costs — Tesla is likely to run out of money.

So things aren’t looking great for the Apple of cars, but here’s why I believe Tesla will survive…

If Tesla really is the Apple of automobiles, then Tesla could get bailed out by a competitor if things go south. After all, this happened to Apple.

In 1997, when Steve Jobs returned to Apple, the company had only 90 days of cash left with no breakthrough products on the horizon. To survive, Jobs negotiated probably the biggest deal in Apple’s history.

“In a remarkable feat of negotiating legerdemain, Apple co-founder Steve Jobs got needed cash ($150 million investment) — in return for non-voting shares — and an assurance that Microsoft would support Office for the Mac for five years. Apple agreed to drop a long-running lawsuit in which they alleged Microsoft copied the look and feel of the Mac OS for Windows and to make Internet Explorer the default browser on its computers — but not the only choice.

“Microsoft got to look like a noble competitor, for a change, for what amounted to a rounding error on their annual revenues. Timing mattered: The company was in the midst of an image-tarnishing antitrust fight over its heavy-handed promotion of Internet Explorer during the height of the browser wars with Netscape.”

No one can predict what happens between now and the end of 2017. Maybe Volkswagon shares keep falling, and to save face VW partners with Tesla to boost its brand image? Maybe Google cracks the self-driving car code and decides to partner with Tesla? I don’t know.

What I do know is Tesla’s marketing is on point right now. Elon Musk has carved out Tesla’s “Why” and Tesla is starting to look more and more like the Apple of automobiles.

How the Top Tech Companies Hire 😉

4. During the interview, make a ton of incorrect assumptions.

WHY? To weed out candidates who are easily annoyed.

If the candidate’s last job was at Twitter, say, “How long were you at Yahoo!?” Take note of the candidate’s tone when he corrects you. Is he a jerk about it or does he stay cool? This is how tech companies find out what a candidate would be like to work with when the shit inevitably hits the fan.