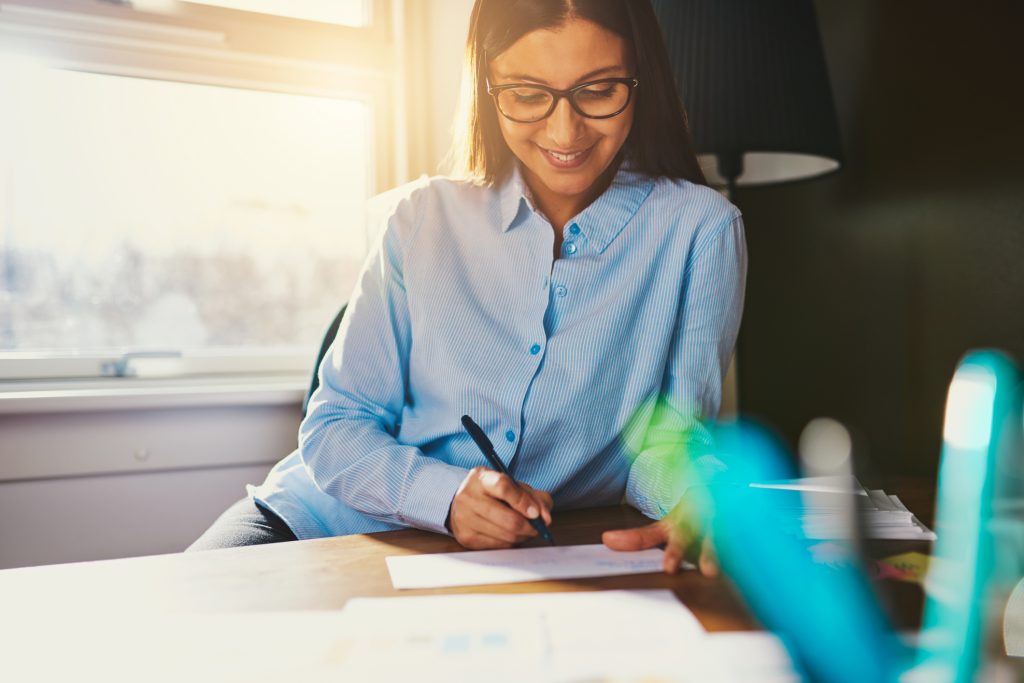 Why is it, I kept asking myself, that nobody follows my advice on personal productivity?

Every January, I write an essay bragging about all the things I got done the previous year, urging readers to use my personal productivity program.

But it seems like I convince no one. We get no emails from readers saying they are going to get on board. Nor do we get notes at the end of the year about all they’ve accomplished.

I’ve pitched it at business meetings, dinners, and family reunions, but I have yet to convince a colleague, friend, or family member to do it. What the heck am I doing wrong?

I got tired of asking those questions last month and decided to find out. I invited a small group of people to participate in a year-long project, during which I would teach them my system and coach them to follow it.

We just had our first meeting. And I have already discovered something important.

An idea I had about goal setting was wrong.

And then, one day, I decided that getting rich was going to be my top priority, and that’s when the money started piling up.

So, that’s one thing: the difference between wanting and deciding.

Deciding implies intention and purpose, not just volition. (That was not my discovery. I’ll come to that now. But keep that thought in mind.)

Next, I told them that when I retired for the second time and began writing Early to Rise, I had the opportunity to think about that experience and assess what was good and bad about it.

I came to the conclusion that making one goal your only goal is very powerful. It changes the way you think dramatically. Your mind becomes shark-like in its ability to make both big and small decisions. Such clarity means the likelihood you will achieve that goal becomes a near certainty.

That is good. But there is another effect of having only one goal that is bad. It means you will inevitably sacrifice other wants you have listed on your mental desiderata. In my case, for example, I sacrificed my health, my hopes of writing fiction, and my desire to be happy.

So, in developing a goal-setting strategy for Early to Rise readers, I offered a choice: If you want the best possible chance of achieving one goal, make it your only goal. But if you want a well-balanced life, create four goals: one financial, one health, one personal, and one social.

That’s what we did at last week’s meeting. I asked everyone to think about whether they wanted to choose one goal or four. And then I asked if anyone wanted to share a major goal. Bob Irish (a friend and colleague) said that after he retired, he decided he would get into the best shape of his life. And then Joe shared his goal: having passive income of $150,000 in five years.

Now, if you have read anything about goal setting, you are already thinking that Joe’s goal was better than Bob’s because Joe’s goal was very specific. It was specific in two ways: a particular objective in terms of how rich ($150,000 in passive income) and a particular time frame (five years). Bob’s goal, in contrast, was vague on both counts.

In writing about goal setting in the past, I had, like most others, advocated specificity. And yet, I knew in my gut that Bob’s vague goal was actually a good and achievable goal, whereas Joe’s was not.

Because of commitment bias, I felt like I should commend Joe for making his goal so specific. But I knew, because I knew his personal situation, that it was a badly designed goal and that it would lead to frustration and self-doubt rather than success.

And then it hit me: The goal I set for myself 30-odd years ago, the goal of “being rich,” was a vague goal, just as vague as Bob’s.

So, I’m writing to you now to tell you that I think this whole idea of being very specific when setting big goals is wrong. I do believe in specificity when it comes to identifying shorter-term objectives. But when it comes to the big goals, I’m now saying make them vague.

There are two big benefits in doing this.

First, when you make your big goals doubly specific (quantifying the objective and setting a time frame), you may be setting yourself up for failure. In Joe’s case, as I mentioned, there was no way I could imagine him achieving that goal unless he quit his job immediately and took the risk of becoming an entrepreneur. But to do that, he would have to put the financial security of his family at risk. And knowing him and his core values, I was certain that was a bad idea.

Now, if Joe’s goals were considerably more modest — say, doubling his salary in five years — then his chances of success would have been very good. But that would be a small goal, not a big goal. To set and accomplish big goals, you should make them vague.

Second, the true reward you get by setting and accomplishing goals is not in the final accomplishment, but in the process of moving forward. In Bob’s case, he would begin to feel better about himself the very first day he began to get into better shape.

And that good feeling would motivate him to continue working toward the goal. And all the while he’d be feeling that goodness.

That’s what happened to me with my vague “get rich” goal. I began to feel “richer” the very next day when I was making decisions at work that I knew would eventually make me richer. I then felt good about every step I took along the way: when my salary doubled from $35,000 to $70,000, when I paid off my debts, when I made my first million, and so on. But the pleasure of achieving that goal came mostly from the process of moving forward, not from the accomplishment of it, which would only have come once at the very end.

Do you see what I’m saying?

Your big, long-term goals should be vague or at least somewhat vague (if you want to make the objective specific, leave the date out, or put the date in and make the objective unspecific), because that vagueness will allow you to enjoy every day along the path, not just the final day when you reach the destination.

And enjoying the process is about living well and happily in the here and now. And that’s really the most important thing, isn’t it?

I feel very strongly about this core idea of setting and attaining goals — and the goal-setting project I’ve begun to that end. In fact, I’ve tentatively named the group “The Goaltenders.” I’ll continue mentoring the participants, and we’ll meet monthly to track everyone’s progress. Look for updates about how the Goaltenders are doing in future issues of The Palm Beach Letter.