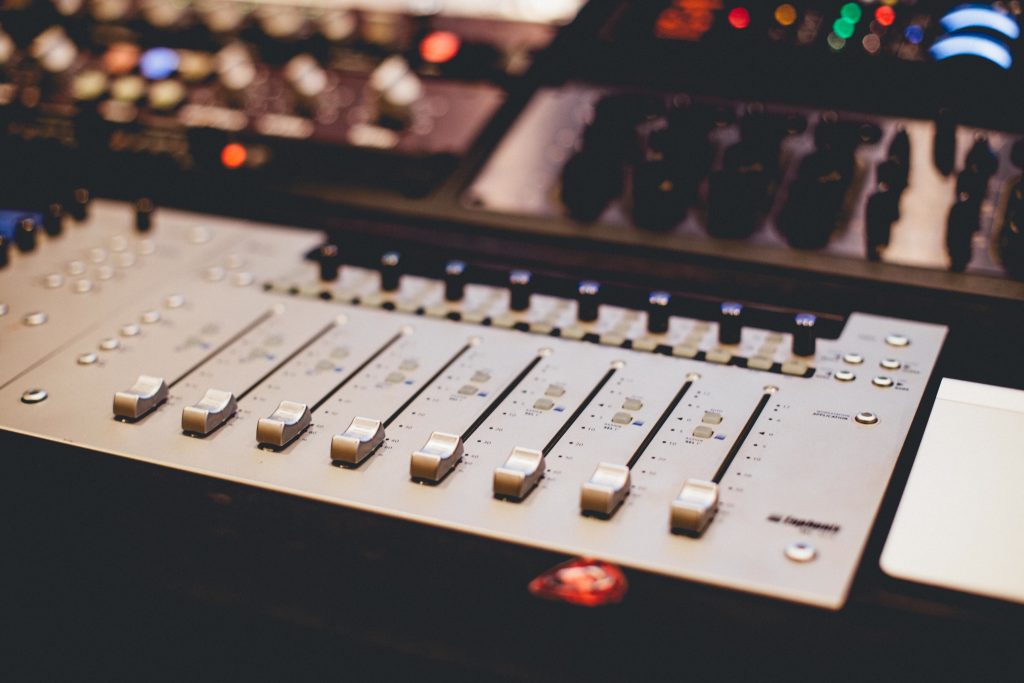 Here’s a cool Friday-feel-good story for you with one very important lesson.

Earlier this week, a video of a student from NYU Clive Davis Institute of Recorded Music went viral. Maybe you saw it?

The video was from a Masterclass where Grammy Award-winning-recording artist Pharrell Williams sat in as a guest lecturer, offering notes to the students as they played their original songs in front of the class.

What was the big deal?

Pharrell has probably listened to thousands of demo tapes before, but this was different. I say that only because you can actually see the difference on Pharrell’s face when Maggie Rogers’ song plays. 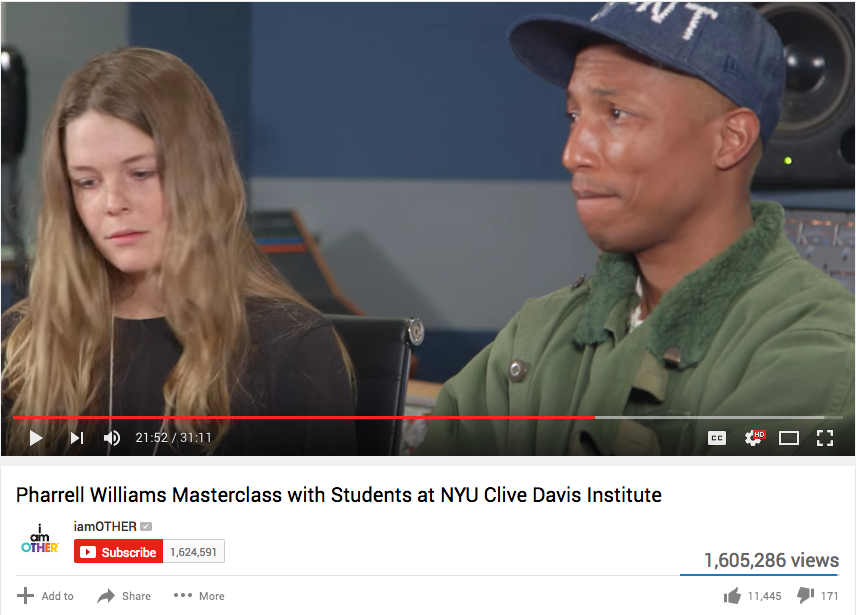 The headlines this week all said Pharrell was crying.

I didn’t see any tears but there definitely were some strong feels in the room.

So Who is Maggie Rogers?

Maggie Rogers is the definition of a millennial free spirit.

Maggie grew up in a rural area along the Eastern shore of Maryland. She grew up playing the banjo and says she’s always made folk music and loved being outside.

She came to school to make banjo and folk music. Maggie says she stopped making music for a couple years in the middle of school and just went through some things. She developed and learned more about herself.

Maggie studied abroad in France for a few years and says she “had a really spiritual experience with dance music there.”

Dance music was something that always felt unnatural and artificial to Maggie. But when she was abroad, she says she finally understood the release of it. Suddenly, it became the most natural thing to Maggie.

When Maggie returned to school, she started making music again and now says she can’t make enough. “All I want to do is combine that folk imagery and harmony and natural samples I’ve been picking up while hiking over the last couple years with this sort of backbone energy,” says Maggie.

Right before Maggie plays her song in front of Pharrell and her classmates, Maggie’s teacher asks, “Is your song all finished?”

Maggie replies, “Uh, it’s good for now. It would probably need a couple more hours of mixing and mastering.”

Then Maggie’s song plays and the entire room changes.

So far, a pretty cool story. It’s always nice seeing one of your peers excel and get the recognition they deserve, and if you’re like me, you’re excited about the music Maggie is making.

But even if you didn’t like Maggie’s song, there is one really important lesson here.

I didn’t notice this until I read one of the YouTube comments.

“Hi Maggie… I don’t mean to bug you but you said Alaska only needed a couple of hours of mastering and mixing… we’re way past two months now… please release it directly and I’m sure a million people with me will pay you a $ for it while it’s still viral.”  —Ananya Gupta

I only wish I thought of this comment myself.

The original video was published March 21, 2016. And only this past week did it go viral.

Maggie’s video now has over 1.6 million views. If Maggie releases an unfinished copy of the song today and sells it for $.99, she’ll easily break one million in profits.

But this only happens if Maggie strikes while the iron is hot. That’s the lesson.

“Done is better than perfect.”

Waiting for a perfect moment is a losing strategy. Fast-action takers rule the world.

Keep that in mind next time you have some success.