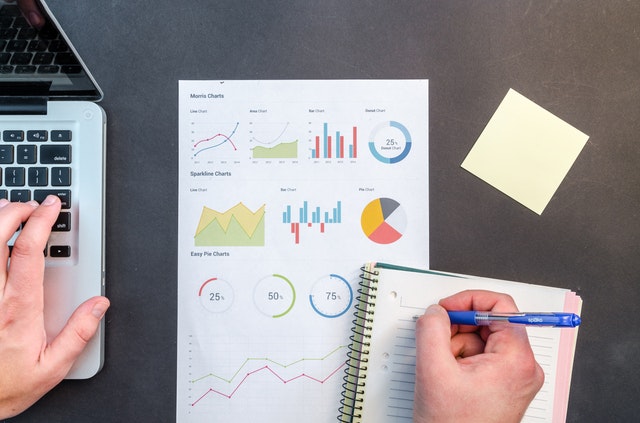 While the perks of self employment are many, the drawbacks are often just as pronounced.

In addition to being subject to the 15.3% self-employment tax and Federal Income Tax, freelancers and business owners are often at a disadvantage regarding their ability to fund their retirement through conventional means.

Namely, they do not have access to employer funded 401(k) plans meaning that they often lose out on tens of thousands of dollars in tax deductions and investment revenue.

However, after sitting down with Daniel Blue, founder of Quest Education and one of Craig’s new clients, I learned of an “underground” strategy that entrepreneurs and contractors can use to save tens of thousands of dollars in taxes and (potentially) earn millions in investment revenue.

As the name implies, a solo 401(k)–referred to by the IRS as a one-participant 401(k)– is a retirement account designed for individuals who are either self-employed or own a business with no employees.

While the “no employees” rule may serve as a deterrent for many, it’s easy to side step this stipulation by using independent contractors and freelancers on Fiverr and Upwork.

There are no income or age restrictions regarding who can fund a 401(k), but you must be either self-employed or a business owner with no employees.

With a Traditional Solo 401(k), contributions are made pre-tax, reducing your taxable income for the year (which we’ll talk about in a minute) and distributions are taxed as income.

Although the above snapshots should give you a perfunctory understanding of what a Solo 401(k) can do for you and your business, there are far more advantages at play than most entrepreneurs realize.

Here are just a few of the many benefits available to individuals who chose to open and invest in a solo 401(k).

1. You Can Shelter Your Profits at ANY Income Bracket

One of the biggest pitfalls of Traditional and Roth IRA (individual retirement accounts) is that you are only allowed to contribute to these accounts when your earnings fall under a certain income bracket.

Specifically, you must earn less than $135,000 a year in order to be eligible for IRA contributions.

So, if 2019 really is your year and it’s the first year where you break through the 6 or even 7 figure mark, this means that you are legally unable to contribute to your traditional or Roth IRA.

Which means that you’ll be sending more of your hard earned profits to Uncle Sam, both now and years in the future when your investments finally come to fruition.

Luckily, a solo 401(k) provides us with a workaround.

And the best part? You get to select your tax advantage.

Your first option is to opt for the traditional 401(k), reducing your taxable income for the year and paying taxes on distributions in retirement.

Unfortunately, when you finally reach retirement age, you will be obligated to pay taxes on whatever return your investment generated, meaning that you may or may not end up paying more in taxes later down the line.

Alternatively, you can use a Roth solo 401(k), which offers no immediate tax advantage but allows you to take distributions from your account tax-free.

For reasons that should be quite obvious, Daniel and myself encourage you to take advantage of a Roth 401(k) if at all possible.

However, should the need for rapidly and radically reducing your net income arise, you are now equipped with the tools to do it.

2. With a Solo 401K You Can Self-Direct Your Investments

Unless you have uncanny trend spotting powers or the leisure of investing 12+ hours a day into analyzing market trends and P&L sheets, playing the stock market is only marginally better than buying lottery tickets.

Sure, you can outsource the picking of said stocks to an institution or expert, dumping your retirement money into mutual or index funds that will yield a semi-consistent (if admittedly unimpressive) ROI.

But to create lasting wealth and true financial freedom, you’ll want to have a greater level of diversity inside of your portfolio.

Unfortunately, with an IRA you won’t have access to any investing opportunities outside of those found on the stock market.

But once again, a solo 401(k) is the solution for which you’ve been searching.

By working with a savvy financial professional, you can choose to create a self-directed solo 401(k). This means, much as the title suggests, that your investments are self-directed.

You have the power to choose where your funds are invested and are not limited to assets listed on the DOW.

From real estate to commodities to precious metals to angel investing to lending to cryptocurrencies, a self-directed solo 401(k) gives you access to all of them.

So whether you want to use your retirement funds to buy a new rental property, invest in a few blocks of gold or silver, or lend money to a friend starting their first business, a self-directed solo 401(k) gives you the ability to invest your money your way.

If you’ve ever come across lean times during your entrepreneurial journey (haven’t we all), then you’ve likely been tempted by the siren’s song of an early withdrawal from your retirement account.

Maybe you had unexpected hospital bills that needed paid, an uncommonly large tax burden, or simply needed some extra money to put toward your child’s tuition.

Whatever the case, if you caved to the temptation, then you undoubtedly experienced the pain of early withdrawal fees.

With an IRA (traditional or Roth), all early withdrawals are subject to being included in your gross income for the year plus receiving an additional 10% tax penalty.

However, with a solo 401(k), early withdrawals are not considered to be a taxable event and you have the option to “borrow” from your fund at a laughably low interest rate.

Although this is not an ideal scenario–you want your money working for you in investments, not against you as a loan–it’s nice to know that you have the option, should the need ever arise.

As with a Roth or Traditional IRA, you can open up a solo 401(k) through most online brokers.

All you’ll need is your Employer Identification Number and some other basic information and presto! You’ll have your very own solo 401(k).

That being said, I encourage you to work with a trusted CPA or financial advisor who can guide you through the process of creating a self-directed solo 401(k) so that you’ll have access to a wider breadth of investing opportunities and more control over your money.
To learn more about the benefits and potential drawbacks of a solo 401(k) (and learn how to open one for yourself), I encourage you to check out Daniel’s YouTube channel.

After dropping out of college at 18, Austin set out to travel the world and turn his passion for sharing big ideas through writing into a full time income. Today, he's succeeded at his goal and is the Editor for Early to Rise, Director of Content for Knowledge for Men, and a highly sought after freelance writer whose ghost-written work has been featured on Forbes, The Huffington Post, Inc.com among other major outlets. When he isn't exploring new cities, writing game-changing content, or devouring his latest stack of books, you'll find him kicked back in a hammock on the beaches of Mexico with his girlfriend and two-year old Pomeranian, Zelda