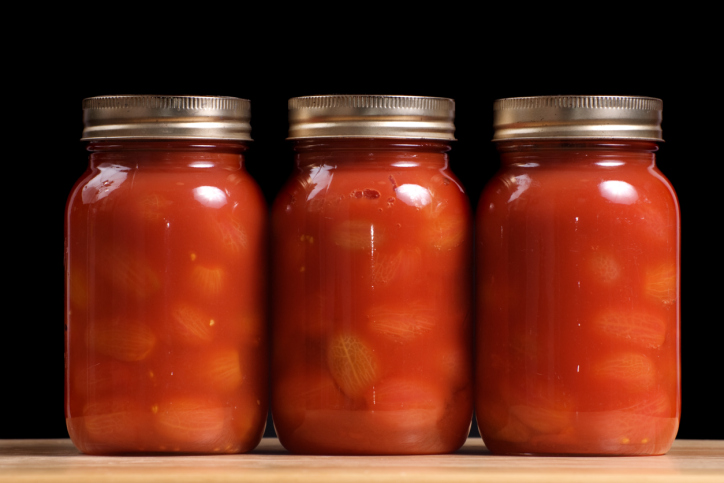 In the summer of 1920, Ralph Borsodi stumbled on a life-changing insight – and one that we can apply today. It all began when his wife canned tomatoes for winter use. Ralph, having “an incurable bent for economics,” wondered if it paid – or if they were better off just buying canned tomatoes from the store. He sought to find out.

The Borsodis spent many evenings carefully factoring in all the costs of canning tomatoes. It was more difficult than it sounded, as Borsodi relates in his book Flight From the City (1933). Eventually, they had an answer. “When we finally made the comparison,” he wrote, “the cost of the homemade product was between 20% and 30% lower than the price of the factory-made merchandise. The result astonished me.”

How could little Mrs. Borsodi, working alone, produce canned goods at a price lower than the great Campbell Soup Co.? The latter had labor-saving machines. It had massive economies of scale. It had smart management. After much study, Ralph began to put the pieces together. “Slowly, I evolved an explanation of the paradox,” as he puts it:

Transportation, warehousing, advertising, salesmanship, wholesaling, retailing – all these aspects of distribution cost more than the whole cost of fabricating the goods themselves. Less than one-third of what the consumer pays when actually buying goods at retail is paid for the raw materials and costs of manufacturing finished commodities.

From that simple insight, a whole new way of life opened up for Ralph. And it is something to think about today.

To back up for a minute, I should tell you a bit about Ralph Borsodi (1888-1977). He was a great libertarian in the American tradition of Thomas Jefferson. He was an economic theorist and important figure in the back-to-the-land movement. Borsodi believed – and set out to prove – that the household could be a productive and creative institution.

In Flight From the City, Borsodi writes about how his wife and two young sons were renters in New York City. They bought their food and other goods from retail stores. Borsodi had a white-collar job in the advertising industry.

But the insecurity of it all gnawed at him. Borsodi knew he was dependent on that income from his job. Then in 1920, his fears became reality. There was a housing shortage in NYC. The landlord sold the house the Borsodis rented. Finding another place to rent was expensive. As later gubernatorial candidate Jimmy McMillan would put it, the rent was too damn high.

So they moved out in the country, about three hours from the city. They bought a place with a small frame house, an old barn, and a chicken coop. It also had seven acres of land – hence, they named it “Sevenacres.”

Ralph wanted a degree of economic freedom he didn’t have before. He would still work for a “modest salary.” But if it went away, he wanted the freedom to continue almost indefinitely without it.

To do this, Borsodi aimed to make more at home. Much of the rest of the book is an account of the Borsodis’ efforts at raising chickens and goats and growing vegetables and keeping bees. The Borsodi homestead produced its own eggs, milk, butter, and honey. They also would weave blankets, carpets, and draperies; make some of their own clothing; and grind flour, corn meal, and breakfast cereals.

Borsodi shares detailed records of the expenses to show how cheap it was for his family to do these things for themselves compared with buying them from the Campbell Soups of the world. His goal was not autarky. He wanted not to have to rely so heavily on an uncertain salary or the whim of a landlord or the great machinery of modern industry. Nor did he want to rely on the government.

In This Ugly Civilization (1929), Borsodi makes his views on this point clear: “History, which is one long record of the imbecilities and the injustices of governments, furnishes us good grounds for seeking some alternative solution for them.”

Borsodi’s do-it-yourself manifesto came out when the country was “most deliriously celebrating the great boom of which Henry Ford was the prophet and mass production the gospel. Virtually no one wanted to be told that the whole industrialized world was mistaken; that there was another way and a better way of making a living and of providing ourselves with our hearts’ desires than through organized, integrated, centralized labor.” When the Great Depression hit, though, it was a whole other story.

And this, really, is the nut of the investment insight I wanted to share with you. No, I’m not recommending you head off to create your own homestead to prepare for a depression. However, I do have a soft spot for the Jeffersonian ideals Borsodi personified.

I recently picked up a copy of Kevin Carson’s The Homebrew Industrial Revolution: A Low-Overhead Manifesto. There is a lot of good stuff in this book. It focuses on how the modern statist world raises the cost of living. And it shows an emerging alternative economy that reduces the need for a continuing (and high) income stream to live well.

Reading Carson, who quotes Borsodi extensively, made me want to read Borsodi in the original. (You can find Flight From the City and This Ugly Civilization free online. Both are easy reads.) Anyway, Carson’s distilled wisdom from Borsodi is worth sharing:
Contra conventional finance gurus like Suze Orman, who recommend investments like lifetime cost averaging of stock purchases, contributing to a 401(k) up to the employer’s maximum matching contribution, etc., the most sensible genuine investment for the average person is capital investment in reducing his need for outside income.

Among these investments is the purchase of a home – and paying it off as quickly as possible. I know that with low interest rates, this may seem foolish. But interest costs are interest costs. Use a mortgage to buy a rental (or two). The rental also provides an alternative income stream. You own your own place free and clear.

I think Borsodi’s story also touches on something timeless. It destroys the notion that bigness leads to efficiency. People often assume giant corporations are efficient and hard to beat. They often are not. Borsodi exposes the hidden costs of large-scale production. He shows the wisdom in locally sourced goods.

As Borsodi found out, his wife could can tomatoes cheaper than Campbell Soup – a counterintuitive but handy insight. It also speaks to our commitment to small, owner-operated firms against the absentee owners of the giants of industry. Our smaller, agile, and more resilient firms are the egg-snatchers in the dinosaurs’ nests.

I know Borsodi’s story may be one of the stranger ones I’ve written about to you. But I think the message is important. (Besides, the Borsodi tale struck me as immensely fascinating in its own right.)

Do you have any memories or tips to share about similar experiences? If so, I’d love for you to share them here.