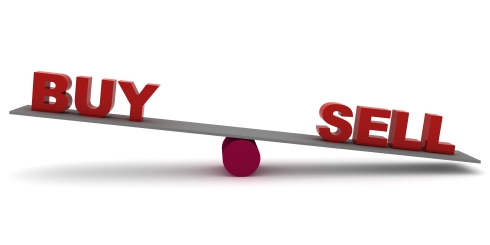 I was shocked when my friend showed me her brokerage account.

I’ve known Sue for a dozen years. We went to medical school together, and she was top in the class (behind me). Her academic record was spotless and impressive. She trained at Johns Hopkins, probably the most prestigious place you can study. She’s a rare – almost unheard-of – triple-boarded physician (medicine, hematology, and oncology).

And yet her brokerage account showed $40,000 in losses. And they had been there for a long time…

You might think this is nothing for a doctor – especially one as accomplished as Sue. But she’s young, in her early 30s, and still paying off her medical-school debt. This was at least half of her savings. (Her face made me suspect it was even more than half.)

The losses highlight one of the most common mistakes (and among the hardest lessons to learn) of investing. They depicted perfectly what behavioral finance terms “loss aversion.”

If you want to be a successful investor, you must pay attention to this behavior.

Loss aversion is a well-known phenomenon. It’s been studied and reported in financial and economic literature. Yet it trips up educated and ignorant people alike. It’s very human. And if you’re not aware of it, you’ll lose thousands of dollars before you know it. It is the greatest trap there is in investing.

Fortunately, once you learn a few simple techniques, managing losses is easy. But let me tell you one more thing about Sue…

Dr. Sue had been building a savings nest egg, just like everyone should – about eight to 12 months of living expenses. In case an emergency or job issue came up, she’d have the resources to support herself if needed. After graduating from medical school with large debts (more than $100,000) and the low pay of residency and fellowships, she was slowly building the nest…

Meanwhile, her parents had semi-retired… They had been relatively successful investing in the bull markets of the 2000s and were sharing some of their trading ideas with their kids. Like many people, they’d invested and bet on the China boom. They had been scoring big for a decade…

Sue had followed along. With a tip from her brother or dad, she’d made some good money along the way. Her savings (and investments) were growing – nearly $80,000 – while her debt was declining. She was starting to feel flush and carefree. Investing seemed easy.

But Sue failed to do one very critical thing as she kept racking up gains. She failed to protect those gains and prepare to prevent any losses.

When I initially looked at her portfolio, which was stuffed with Chinese-named stocks, she was too embarrassed to even talk about it. “Just take care of it… I don’t care anymore,” she kept repeating. “Help me get something different.”

Her portfolio was a mess. Position after position showed startling percentage losses – 80%, 93%, 95%, and so on. At one point, she looked like she would cry. We closed up the computer and went on to some other fluffy conversation.

Weeks later, she was finally able to sit with me. We explored the issues she faced. The losses should be “booked” – if only for the tax losses they offered at year-end. And the psychological issues could be discussed and conquered, too.

Loss aversion drives people to simply look away from losses. The impulse is so strong, people are prone to sell winners early and let their losers run – the exact opposite of what you should do as an investor.

It was first described in the 1970s by psychologists Daniel Kahneman and Amos Tversky. The pair discovered how people feel more pain taking losses than pleasure booking similar-sized gains.

Loss aversion is related to a couple other behavioral finance concepts as well: endowment effect and disposition effect…

Researchers know that once we buy something, we value it more. It’s as if the decision adds value to the object, above and beyond its worth the moment before we owned it. This is true not just with stocks, but other things as well – clothes, art, cars, etc… That makes it twice as hard to sell something once we own it, especially if it turns into a loser. This is the endowment effect. We buy something, and it gains value.

The disposition effect is what keeps people from selling, even when they know they should. People “feel” that by avoiding the act of disposing of the investment (or thing), everything’s still OK. By not selling, we don’t have to realize the loss – it’s as if paper losses aren’t real. Dispose of the stock, and the pain and bad feelings come flooding in.

The brain doesn’t like those feelings. In Sue’s case, it made her physically sick to even think about selling the stocks…

What can you do to avoid these psychological traps? It’s simple…

You can easily avoid loss aversion by using stops and position-sizing rules.

Of course, you can also consider simple stops based on your initial entry price. So if you bought a stock at $50 a share, you’d sell if the price ever got down to $40 (20%) or $37.50 (25%). I generally prefer the trailing stop. But until the price moves up, the two are identical numbers.

Sue never stuck with position-sizing strategies. When her China stocks boomed to 10% or 15% of her portfolio, she never trimmed them back to rebalance the portfolio. Instead of selling the extra 5% or 10% and putting it into undervalued investments, she let them ride. So when they crashed, the losses capsized her entire portfolio.

I like to use Yahoo Finance’s e-mail price alert function – which sends me an e-mail when a stock hits a certain point. But most brokers offer a similar service. Whatever you do, I encourage you to avoid entering the order with your broker. The orders are “sell on a stop” orders and trigger market orders… which alert the broker to your plans. It’s like playing poker, but telling everyone your hand. The effect is probably minimal at the size most of us transact, but I still avoid it.

Avoiding losses is impossible to do… Even the best investors have stories to tell about losses. The key is to learn how to limit the losses and avoid the paralysis of loss aversion.

Recognizing that it’s hard to take losses means setting up a plan for when losses appear.

Loss aversion led Sue to give up more than $50,000 of her hard-earned savings because she fell for the classic problem we all face as investors. The easiest way to protect yourself is to stick to simple trading rules like I’ve outlined, no matter what.

I can count on one hand the exceptions I’ve made to stop losses. And I’d say that in four out of those five cases, I lost thousands of dollars myself. Don’t let it happen to you.

[Ed. Note. Dr. David Eifrig spent some time on Wall Street, then retired and went back to medical school to become an ophthalmologist. In a short period of time, he retired from the lucrative profession of practicing medicine because he was making his millions as a trader. He shares those strategies in his publication, Retirement Millionaire.]
Posted in Investing, Wealth
This error message is only visible to WordPress admins