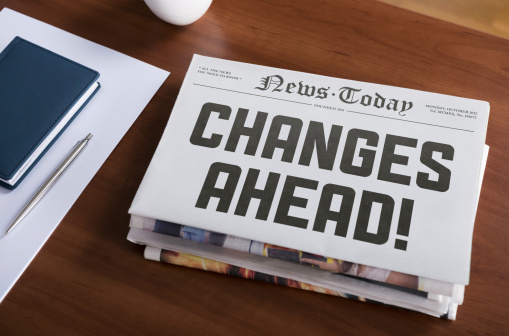 One day, in my mid-twenties, I woke up and realized I was living someone else’s life. I didn’t like what I was doing and I knew I needed to make a change.

If you’ve ever been in a situation like this, you never forget the amount of frustration and even anger you walk around with. It’s a ton of energy bottled up inside your gut. It’s enough to make you crazy.

What follows is the story of how I discovered the way through… of how I reinvented myself, from the outside in. And it’s a story I offer in an effort to show you that you can do the very same thing.

You could say I wasn’t comfortable in my own life at the time. I clearly believed that I was living on what was pretty much the only NON-green patch of grass in the universe. Had I taken a step in any direction, the grass would have been greener.

Back then, I was a musician. And for some reason, all I could dream about was becoming a business person. I didn’t even really understand what that meant. But I knew what it looked like. Or at least I thought I did.

Every weekend, my wife-to-be and I would travel to a local coffee shop where I’d see business people from Xerox and other big companies reading the paper. I worked on the weekends (at church) and they relaxed on the weekends. That was enough to get me interested in their lifestyle.

I’d see them reading business articles, working on their laptops, surrounded by papers and important looking things. I also ventured a guess that their prospects for making money were far better than mine would ever be as a church organist. (I was definitely right about that one.)

I knew that I wanted to “reinvent” myself, but I had no clue about how that was supposed to happen. At the time, I had no concept of the word reinvention, I just knew that deep down, I wanted to be something I currently wasn’t.

I had a few things working against me and my desire to get into the world of business. The environment I grew up in was pretty clear about its view of successful business people. They were greedy, selfish and bad. Money was evil, business people were worse. Oh, and they all took advantage of other poor disadvantaged souls in order to create their success.

I was definitely at a distinct disadvantage for getting a business career off the ground.

But then I got an internship with a salesman from AT&T. Over the few years I worked with him, I learned a lot. I wasn’t a “business man” by any stretch of the imagination, but I was working in business.

I had no clue how to sell anything, and yet I was working with a salesman who depended on that skill to eat and care for his family.

I had zero formal qualifications for being in meetings with customers or working on accounts in the back office. And yet, there I was, doing those very things.

Eventually I started designing websites, which led to marketing, copywriting and the incredible business world of information marketing.

The process took years. But now that I’m able to look back, I can actually see how it all unfolded pretty clearly.

As it turns out, I’ve discovered that problems are often far simpler than my mind makes them out to be.

Want to be a writer? Should you go to writing school, get a creative writing degree, or perhaps apply for some internship program somewhere? That’s often the path your mind goes down when faced with a challenge. Your mind needs to feel needed. And so it takes you on some longwinded journey that requires it be involved with each step of the journey. It makes work for itself (and you) so it can feed its ego.

But if you really want to become a writer, then how about you just sit down and start writing? Instant writer.

You reinvent yourself from the outside in. And thinking about it that way really cuts to the heart of the matter: your reinvention will commence as a response to the actions you take.

So why not just start there… with the actions?

The most powerful actions are those you do daily. Can you think of an action you could do daily? Something that’s done by those you are wishing to be like?

There is a huge amount of power in actions you repeat on a daily basis. Those daily actions, while new at the beginning, quickly disappear into the fabric of what you consider normal life. Days go by… weeks go by.

That’s when beautiful things happen. You wake up one day and realize that your “reinvention” is much farther along than you imagined.

One day I was a classical musician, soon after I became a business person.

The core of who I am changed. But it didn’t change from the inside out, it happened from the outside in.

I’ve discovered that there is nothing magical about the process of reinvention. It is simply the product of real work. Again, daily work is best.

There is no reason to wait. This is your life that is ticking by—moment by moment. Once this moment is gone, it is not coming back.

Want to be someone you’re not? Then be that today. Do the work, rinse and repeat, and you’ll blow by everyone else in no time.

[Ed. Note. Jason Leister is a direct response copywriter, internet entrepreneur and editor of the daily e-letter, The Client Letter, where he empowers independent professionals who work with clients. He has six kids and lives and works in the mountains of Arizona.]
Posted in Careers, Entrepreneur, Skill Development, Wealth
This error message is only visible to WordPress admins