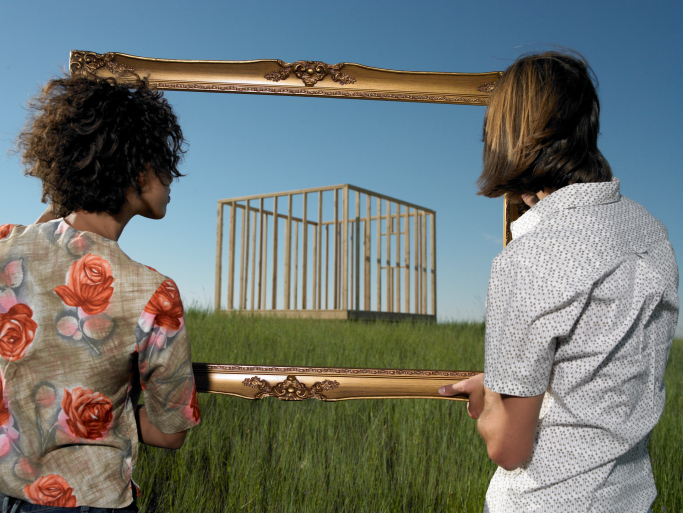 You are right. They are wrong. At least, you genuinely feel that way. And, when an issue is important, it’s very natural you’d want to persuade them to your side of the issue. The good news: you have logic on your side.

Then again, when a person believes something strongly and you suggest they are wrong, how likely is it that — based on logic alone — they will agree with you? Not very likely. Actually, they will find reasons not to. And, they most likely do not even realize they are doing this.

Persuasion, the ability to move a person to your side of an issue, is typically easier said than done. When thinking about it, it makes a lot of sense. As we’ve seen in a previous post, people make decisions based on their personal and individual belief systems; these being based on a combination of upbringing, environment, schooling, news media, television shows, movies, etc.

People’s minds are typically made up about the topic long before you have engaged them. Add to this, their ego which, not wanting to be wrong (or, more so, to be proved wrong) and you have the ingredients for a person who holds a certain “thought position” to defend that position. And, the more they feel another person wants to change it, the stronger and more resolutely they will defend it.

It also happens that it’s very easy to rationalize (which means to tell ourselves “rational lies”) one’s position by noting everything that seems to confirm it and ignore that which denies it.

As Daniel Goleman discussed in his classic, Emotional Intelligence, “The emotional mind . . . takes its beliefs to be absolutely true, and so discounts any evidence to the contrary. That is why it is so hard to reason with someone who is emotionally upset: no matter the soundness of your argument from a logical point of view, it carries no weight if it is out of keeping with the emotional conviction of the moment.”

First, We Must Reframe The Discussion

When involved in an intellectual debate with someone you’d like to persuade, always begin with a point on which you both agree. This way, the person will see that you’re not just looking to argue or simply be disagreeable.

Even more importantly, he’ll understand that you both really want the same result; you just have different views on how to get there. That’s much more acceptable, and engenders cooperation rather than conflict.

You are now operating from a frame of cooperation rather than antagonism. From that point of engagement, you can now pivot into making your persuasive point. Since the new point you are about to make is based on a current point with which you now both agree, it will be easier for the other person to accept this new conclusion. This is called the Ransberger Pivot, developed by Ray Ransberger and Marshall Fritz.

Because politics can be one of the most potentially explosive situations, let’s use a very highly charged issue (in the U.S.) as an example.

Let’s say you believe that adults should be free to make their own retirement investment choices. Your friend, however, believes that the government should be in charge of this and that they can do it more effectively via the current Social Security system. He states that he believes “people like you are heartless” for not taking into consideration the fact that too many people will not take care to provide for themselves.

He has already set a frame of conflict by insulting you rather than simply addressing the actual issue. In a typical situation, and if your ego is offended, you might, with a louder-than usual voice, say, “The current Social Security System is nothing more than a ‘pay as you go Ponzi Scheme’ that’s forcibly bilked the American taxpayer out of its own retirement money, greatly hurts the poor and is functionally bankrupt, not to mention totally unconstitutional.”

How likely is it that the other person will suddenly be accepting of your view? Not very likely. All you’re doing is arguing. You’re telling him he’s wrong, and he’s not interested in that. Facts don’t persuade—people persuade.

So, let’s try another tack. He opens the same way as above. However, this time, in a calm, respectful voice, you respond with a premise with which you’re certain the two of you are in total agreement. You say: “John, I appreciate your thoughts and, like you, I want our country to be one in which not one person has to suffer in their old age for lack of money, or in any way be a burden to their family or society.”

Ahhh, since that’s exactly what John wants as well, he may now be more open to learning how you think this can be accomplished. Rather than being angry, he might simply ask you a question, such as, “well, okay, but how would you ensure that those who’ve paid into the system all these years don’t lose the money that’s rightfully theirs?”

Now, assuming you have the facts in front of you, you can calmly, kindly and respectfully educate him. And he may or may not agree with you, which is his right. But you would never have even gotten to the point where he’s willing to listen had you not first taken the time to show him where you agreed with his basic premise and that you actually have the same goal.

So, you begin by saying, “Like you, I want . . .” fill in the blank. Then you pivot by turning in the direction you choose to go. This surprises him because he expects you to go right from the last point he made and launch into an argument, perhaps attacking him as he did to you. But you do just the opposite. The result is that he becomes less defensive and perhaps more open to an alternative view.

As you saw, I added the lead-in phrase, “I appreciate your thoughts.” This provides a buffer and sets up the pivot even more effectively. Or, words like, “I agree with . . . “, “I’m in complete agreement with your . . .” or “I appreciate your feelings about this” are all excellent lead-ins.

The Ransburger Pivot will work in practically every situation, not just politics. First, show where you both share the same basic premise and ultimate desire or goal. Then, with tact and respect, communicate the facts of the issue.

Master this and your ability to influence and persuade others will go sky high.

[Ed Note: Bob Burg is coauthor of the International Bestseller, The Go-Giver. The book has been published in 21 languages and has sold over 250,000 copies. Check out this brief and entertaining overview of the book at www.burg.com/tgg. And, of course, feel free to share it with others.]
Posted in Careers, Self-Improvement, Skill Development
This error message is only visible to WordPress admins