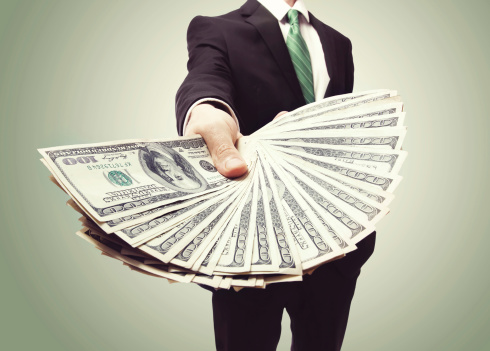 Most people think it’s impossible to become a millionaire. But data proves them wrong.

Statistics show that 1 in 160 people in America is a millionaire. They are much more common than you think. You know at least one. Data also shows that 1 in 1,460 people in the world are millionaires. That’s probably a better ratio than you expected.

Most people would guess that millionaires are one in a million.

But that’s because people have bad money mindsets.

Most folks think it is impossible to succeed and get money.

It’s not, as books like The Millionaire Next Door have shown.

Worse, most people think you must lie, beg, cheat and steal to get money.

That doesn’t work for real wealth.

You can’t be a beggar. You can’t think you deserve or are entitled to money.

You must believe in yourself, of course, but you must work, add value, and make sacrifices to earn your rewards.

And earn you can.

If you’re in China, India, Australia, Hawaii, Oklahoma, Illinois, New York, Canadia, Europe, Russia, or anywhere on this planet, you can earn a fortune.

Or if you prefer a Lincoln over a Kennedy…

“That some achieve great success, is proof to all that others can achieve it as well.” – Abraham Lincoln

You need at least 7 figures, and to have 7 figures, you have to do things that will make you unpopular with your critics.

One of my virtual mentors, Dan Kennedy, says a lot of unpopular things. Here are some of my favorite Kennedy quotes. Each of these will help you get on track to financial success.

“Carefully engineer the impressions other people have of you. “Be discriminatory about who you get in front of. Be omnipresent in the right place. Find the best person suited to support you.”

“Be somebody and everywhere that matters to the right people, doing something dramatically different”

“Everyone needs at least one dramatic demonstration.”

“Build status. Become a legend. (Your ability & willingness to exploit your status will lead to big money.)”

“You must have extreme self-confidence & superiority, foresight, resilience, mental toughness & high tolerance for physical and mental pain. You need the ability to get things done on own & by using Other People’s Customers, Money, and Resources. You must aggressively exploit your opportunity. Build clear & sustainable differentiation. Tap emotion, not logic.”

“Extreme Productivity depends on control of self, environment-working conditions, others, time/priorities, and immunity to criticism. Always be asking yourself, ‘Is this moving me towards my goals?’ and ‘Where’s the profit in this?’ Be willing to buy time & productivity. Find people who are better than you at certain tasks & pay them to do it.”

These are all politically correct, so you can’t share them with too many people…they will mock you for saying these things, especially this one:

“It’s okay to feel superior to others & deserving of great wealth & power. This belief is essential to getting those rewards.” – Dan Kennedy

You can not have self-doubt,

…doubts or concerns about how to become a millionaire, then you need to be at our 1-Day Mastermind on Wednesday, September 2nd in Nashville with Bedros Keuilian and myself. We’ll give you the 30-Day plan for getting on track to financial success with your online business. Just emailJoan@keuilian.com to reserve your spot or visit www.BedrosLive.com.