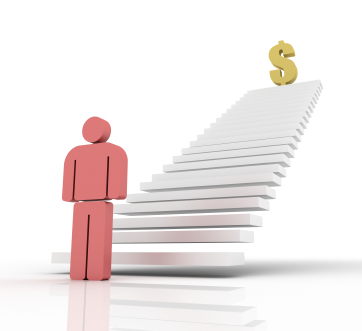 One of my favorite rituals is to sit outside of Starbucks with my iced coffee in hand and mentally prepare for my workout.

On Saturday I was doing just that when I over heard the conversation at the table next to me.

The two young ment at the next table over clearly worked at a fitness center. What caught my attention though was when one of the guys said to the other…

The conversation went on to the topic of rent, then how people can’t afford training like they used to, and then how the gym is empty and no one is working out these days.

Thankfully I was out of coffee by this point and was ready to leave so I didn’t have feel their negative energy any longer.

Listen, I’ll be the first to tell you that the economy is not what it used to be. But neither is fashion. You don’t see people walking around with knee high socks or top hats these days. Things change. This is the NEW economy, and the folks who complain about it the most are usually the ones who were struggling in the “good old days” of the economy.

While those two guys were complaining about the economy and what wasn’t working in their business, two Fit Body Boot Camps (fitness classes) and another gym opened in their neighborhood and those businesses are doing just fine.

Yes the economy changed. But money didn’t just go away.

In fact, like my buddy Frank Kern says: the money just moved hands… it’ went from Group A to Group B.

The economy we’re facing is here to stay for a long while, and even when it changes it’s not going to get worse or better. It’s just going to change.

And when it does YOU’VE got to be prepared to build business in that new economy (whatever it may be).

What’s your alternative, to sit there and sulk about how things are going wrong for you?

Do something about it!

After my coffee, I ended up doing a lot of driving around on the weekend. The roads are packed with giant SUV’s and huge 4×4 gas guzzling trucks. In fact national stats show that SUV and tuck sales are on the rise, yet gas prices are nearing $5 per gallon here in Southern California where I live.

SUV’s and 4×4 trucks will always be around…

… it’s just that the person driving will change.

And when gas costs go up to $6.00/gallon the SUV and mega 4×4 trucks will still be around – but the drivers will be different.

That’s what most people don’t get.

The market place is dynamic.

Money moves from group A to group B and it WILL at some point move to group C or maybe back to group A.

The point is that YOU’VE got to market your business to the right group when the market or economy changes.

Your marketing message will have to change.

Where you market will change.

The person you market to will change.

And how you market will change.

But make no mistake about it, the money is still there, it’s just in someone else’s bank account.

Over the weekend Disneyland raised their prices to $87 for anyone over the age of ten years old.

Disney is not seeing a shortage in business. They raised their prices and year after year will continue to do the same while Six Flags closes during the off season.

Disneyland has no “off season”.

What gives Disneyland the right to keep increasing their price of admission while selling out every weekend in the summer time?

The magic is what separates Disneyland from all others.

And the magic is what folks are willing to pay for – even in “this economy”.

Another great example is the clothing retailer, LuluLemon. When was the last time Adidas, Nike, or Under Armour sold a workout shirt for $80 bucks?

…or a workout jacket with holes in the sleeves for $159 bucks?

Look around, there’s no shortage of people wearing high-priced LuluLemon workout gear. Folks will always find a way to pay for what they want.

The question to ask is: Do I have what they want?

You may have HAD what they WANTED a few years ago, but is it what they want today?

Ford is selling F250 and F350 “tank” trucks like they are going out of style.

Dodge is bringing back the gas guzzling Viper (10 cylinder) back after taking it off the market for three years.

Why? Because people want it.

Starbucks is popping open more stores across the nation and they’re still charging $4 bucks for a cup of coffee!

Here’s a great example of giving the people what they want.

Look around and you’ll see that Starbucks is giving people what they want… convenience.

And they’re making an additional $2000/day by doing so.

We are not facing an economic crisis.

We are facing a lack of work ethic, imagination and action taking – but it’s a lot safer to blame the economy.

Whatever the talking heads tell you about the economy on television is complete and total baloney.

Their job is to sell two things…

And they’ve figured out that fear sells more ad space.

No matter what the economy is on a global scale, YOUR personal economy is what you make of it.

Whatever you project about the economy is what you’re manifesting. Period.

Frankly, the reason people fail to take action is more likely due to negative self image and negative self talk rather than the economy, or whatever “flavor of the day” excuse they can come up with next.

YOU are in charge of your destiny.

YOU are the captain of your own ship.

YOU can get what you want out of life, your business, and your relationships if you’re willing to take personal responsibility and take massive action.

[Ed. Note: Bedros Keuilian has coached hundreds of fitness entrepreneurs on how to not only survive in business but to completely dominate their marketplace. Through his live events, workshops, and educational products he’s helped thousands of fitness professionals realize their full business potential and in some cases become quite wealthy. These days, nothing makes Bedros happier than hearing a success story from a trainer who has used his techniques and strategies to take their business to the next level. Bedros also runs the fastest growing fitness franchise in America – Fit Body Bootcamp.]
Posted in Entrepreneur, Wealth and tagged building business, business, guidance, internet business
This error message is only visible to WordPress admins