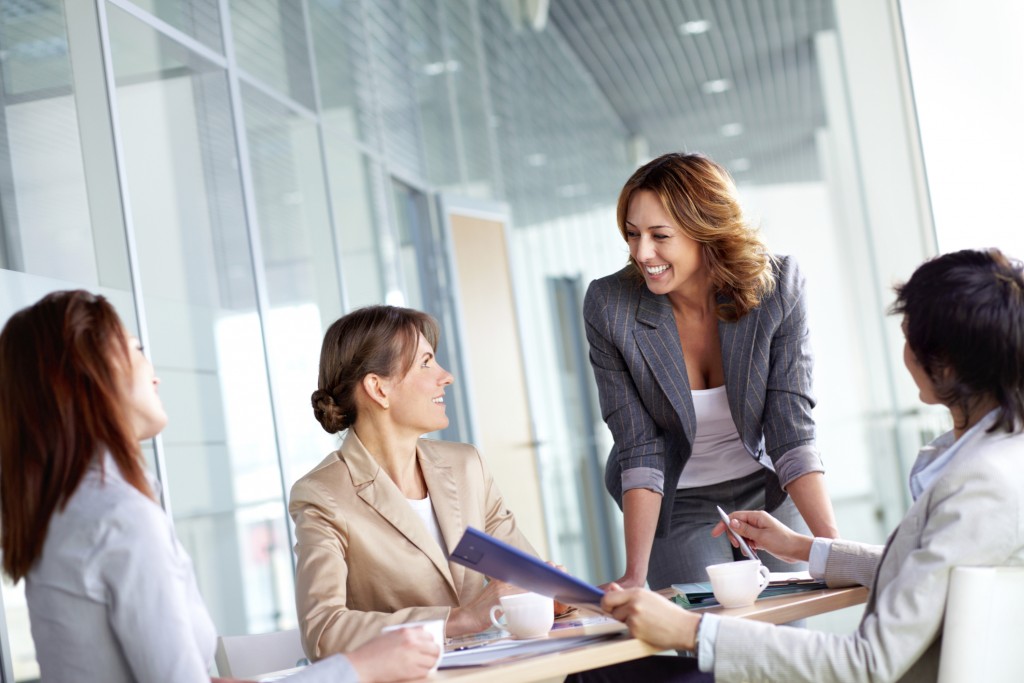 Of the powerful crowd that gathered in Davos last year to discuss the world’s challenges, 17% were women. It’s a shocking figure, especially given that the World Economic Forum, to its credit, offers companies free tickets for women in their delegations. When one considers the critical challenges discussed  —  inclusive growth, gender parity, education, creativity, and climate change, to name a few  —  17% is frankly, in 2015, embarrassing. Incidentally, there was much talk of artificial intelligence this year. By some estimates, at current rates, we will close the human computer intelligence gap in around 30 years. At current rates, we will, by contrast, close the economic gender gap in around 80 years.

Still, even such eye-watering figures would not have persuaded me to write about gender. The enthusiasm I feel about wading into the women-in-leadership debate is akin to the enthusiasm I feel about unpacking the dishwasher. Ones options, as a woman, are invidious. Either talk with great indignation: it’s hard not to be indignant. Or act with little impact: it’s hard individually to have impact on so tangled a problem. Or do a bit of both and try to forget about it: mostly it’s easier just to get on with trying to lead things yourself. The last option is not as much of a cop out as it sounds. New research shows that mentioning the gender bias can actually increase discrimination against women.

What prompted me to write about gender is, ironically, an experience unrelated to gender, which happened in a rare gender-equal corner of Davos: the Young Global Leaders (YGLs) group.

Ahead of the Annual Meeting, the YGLs had a one-day gathering, beginning with a session on the power of generosity in building impactful communities. The session was given by Adam Grant, a Wharton professor, bestselling author and expert on giving. He has sound and surprising data showing that being generous actually helps the giver succeed professionally.

Prior to the gathering we’d all had to submit “asks” for help. Directly after Grant’s inspiring talk, around 100 of these asks were pinned, thematically, on boards around the room. We were given about twenty minutes to wander around the room and write down our offers under each ask. Introductions, ideas, time commitments etc. The YGL team cleverly reminded us each to photograph the offers we had received, explaining the boards would not be preserved. In other words, our generosity  —  or lack thereof  —  would not be preserved either.

Four days later, at the end of the Davos week, the YGL team convened our group for a wrap-up. The “offers” data had, in fact, been preserved. We were presented with a scatter graph of who had offered most, the size of the dots beside names reflecting the number of offers that person had made.

Now, it’s worth noting that the YGLs  —  as I and many other beneficiaries can attest to  —  are a very giving group of people; much more so than the immodest name might suggest. And remember that we had all just been primed by the talk from Grant, on why giving is not only good for others but also for ourselves. Even so, the range in giving was amazing. Think the solar system, less the sun. Most were in the vicinity of illegitimate planet Pluto.

Seeing this “generosity gap” vividly illustrated was a sobering moment. The two biggest givers  —  incidentally two amazing women, Elaine Smith and Mariéme Jamme  —  put the rest of us to shame. Of course, there are many reasons why generous people may not have made offers. Perhaps they were preparing for a critical meeting. Perhaps they intended to follow up later. But Elaine and Mariéme are known to be generous. The data was probably pretty reflective of general behavior.

The reality is that some people are consistently much more generous than others.

Which  —  as I walked through one suit-filled Davos corridor after the next  —  made me wonder if we are worrying about the wrong metric when we call and hustle for more women speakers.

Perhaps we are worrying about the metric that’s hard to change, when there’s a more powerful metric that is also much easier to change.

Okay, so not all business conferences are 17% women. But the vast majority I’ve ever attended are in the 15–30% range. This figure, the relative number of women, is hard and slow to shift. Even harder to shift is the number of women speakers: generally around 0–25%. Of course, both figures are being increased. But the gains in attendees are in single-digit percentage increments. As for speakers, the gains we tend to see are one woman on most panels, versus a woman on only half of panels. It’s hard to cheer.

Let’s do some rough conference mathematics:

To be generous and/or…

So what to do? Well, the obvious message might seem is to knuckle down and be more helpful. We’ve all taken a card, promised someone to do something, and dropped a ball, or balls, to use a gender-inappropriate metaphor.

Of course at conferences, as in all work environments, it’s often just not easy to be helpful. Everyone is on a mission, particularly at a high-level gathering. I asked one friend, who had recently joined a prestigious institution, what his main Davos insight had been. “Discovering how awful it is for women to have men constantly looking at their breasts,” he said, in reference to the badge eye-balling.

But it is possible. When I questioned Adam Grant on who he knew to be incredibly generous, despite being busy, he immediately named Sheryl Sandberg, Jacqueline Novogratz and Kat Cole. Now these are women with a thing or two to do. Countless people they already know clamor for their attention. Yet, still, they manage to be generous to new people they meet.

If Sheryl, Jacqueline and Kat can do it, everyone else can do it.

But there’s a quicker and complementary solution to being more generous ourselves.

… to help others be generous

We all know Elaines and Mariémes. Getting one of them on a panel, means you help half a dozen other women.

Such promotion shouldn’t be hard. Grant has shown that generous people are often more successful. But it’s worth being really deliberate. Firstly, for the unfortunate reason that  —  perhaps because women are now so sought after in speaking roles  —  some women get away with deeply self-centred and narcissistic behavior. Secondly, because the most consistently generous women (and men) are much more generous than others. Our YGL sample suggests Pareto’s 80/20 rule applies.

As a first step towards helping the most giving women I know, I’ve created a Twitter list. I’ve included people whose generosity is blind to how useful someone is to them, and which I have seen, experienced or heard about. I’m sure I’ve left people out, but it’s a starting point. And, by definition, those women named will name others.