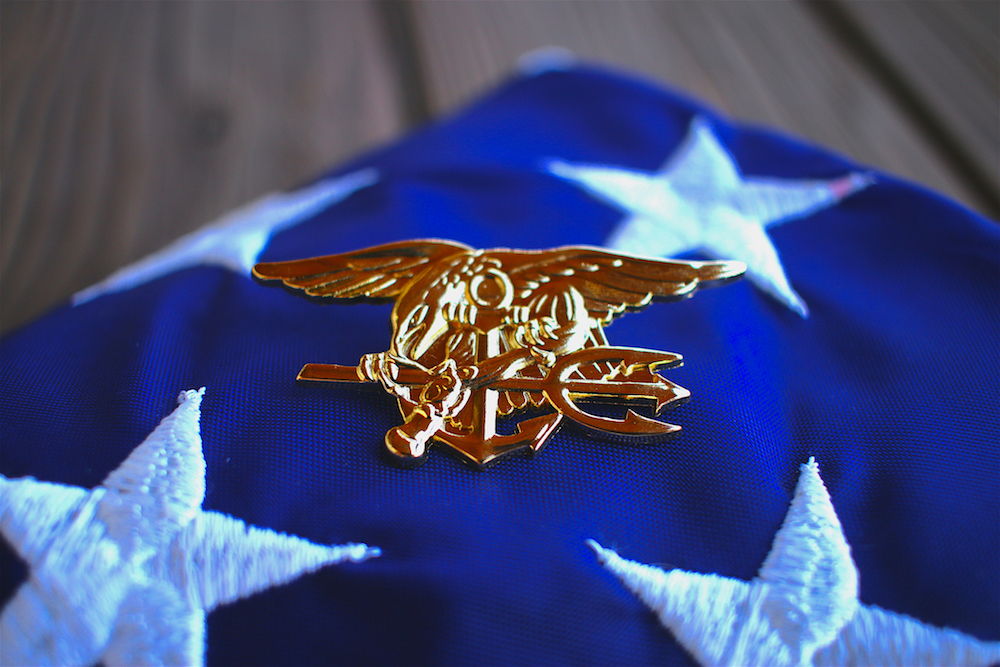 In his book, “Lone Survivor,” former United States Navy SEAL Marcus Luttrell tells the story of how he nearly died after being ambushed in the unforgiving Afghanistan wilderness.

The other members of his SEAL team were all dead. Luttrell was unable to walk after almost being blown to pieces. He knew the only way to freedom was to crawl.

At a crucial moment, Luttrell made a decision. He was not going to die. He packed his wounds full of mud, grabbed a rock, and drew a line in the dirt. Then he told himself, “Marcus, all you have to do is crawl to that line.” And he did. Then he drew another line in the dirt. And he crawled to it.

Over and over again, with resilience and resourcefulness, Luttrell crawled his way to safety, to freedom, and to recovery.

He did it for his team—and as a commitment to himself. He knew, even when he was on the verge of death, that he was capable of so much more.

He didn’t get down.

He didn’t say, “This is hopeless.”

He didn’t wish away reality.

Instead, he dug deep.

He believed in himself …

He did the work.

His action beat his anxiety.

His resilience, resourcefulness, and relentlessness allowed him to find his freedom.

Now I don’t know what your “this” is…

For most of us, it is simply the struggles we’re up against today.

But I know that you’ve done something much harder in the past.

You’ve accomplished big things in the face of incredible adversity.

Maybe you’ve run a marathon, stuck to a diet and lost 20 pounds, quit smoking, got your spouse back after a bad break-up, raised great children despite tough circumstances, survived a bankruptcy, or overcome an illness.

The point is that you’ve overcome great adversity before and you’re going to do it again.

Marcus is the kind of inspiration that pushes us to overcome these adversities. But let me tell you about some of my other inspirations—the ones who keep me going despite the odds—so that you, too, can be inspired to face your challenges head-on.

One of my clients, Alwyn Cosgrove, has beaten stage IV cancer—twice. There is no stage V; without a doubt, cancer brought the former world champion in Tae Kwon Do to his knees. He was on the edge of death, twice, and had the strength and resilience to survive.

Today, he runs one of the most profitable gyms (per square-foot) in America. Alwyn and his wife Rachel, who was at his side for all of his battles, also coaches hundreds of other fitness experts to build successful businesses and take control of their personal lives.

No matter what adversity comes his way, nothing bothers Alwyn. His mantra: “There are no bad days. Only good days or great days.”

Then there’s my friend Sean Stephenson, affectionately known as “The 3 Foot Giant.” Sean has overcome a disease that left him in a wheelchair. His bones are so brittle they’ve been broken more than 280 times. Despite all of this—and perhaps because of it—he became one of the world’s best motivational speakers. He’s also happily married, and is studying to become a board-certified therapist.

Sean is so good at everything he does that I hired him for one of his 12-hour Breakthrough days last year, and it made a lasting impact on my life.

If he can achieve so many great accomplishments in the face of adversity, then you can overcome yours.

Sean and Alwyn are inspiring beyond belief. But I would be remiss if I didn’t share my greatest inspiration—my mother.

She raised two children on her own with little help from my father. She endured an embarrassing marriage to a man that struggled with alcohol.

While I loved my father, and he taught me a lot about hard work, it was my mother who showed me that when you are resilient, resourceful, and relentless, you can achieve incredible things.

Without her, I probably would have ended up in jail. I certainly wouldn’t be here telling you this story.

If she could persist through those tough times, and if Sean and Alwyn and Marcus could do what they did, then you and I can do what we must do as well.

The fact is that we can all do more.

It’s not just because you are resilient, resourceful, and relentless.

It’s because you have a lifetime of experience in overcoming adversity.

If you’ve done it countless ways over the course of your life, you can do it again. You can be relentless.

One of my favorite reminders to remain relentless is this quote from entrepreneur Joel Brown:

“Someone less fortunate than you is begging God right now for the things you have been blessed with. Don’t let his investment in you go to waste.”

Today is no different.

It’s time to believe in yourself.

You know you are capable of so much more.

The KEY is to scale the skies, to move higher every day.

For the first few months, everything is just a hole in the ground.

But the engineers are taking the time to do everything right, to put the foundation in place.

And then, once the concrete is poured and the support beams are strongly in place, the first floor goes in. And then, the second. And the third.

That’s often how it goes in life. WHOOOOOOOSH. Success comes in spurts.

But not without a strong foundation in place. And yes, that foundation takes a while to build, and can strain your patience.

But you must keep going.

Inch by inch, step by step, floor by floor, action by action.

Because only ACTION leads to results.

Only results lead to success.

And only success leads to confidence, freedom, and happiness.

Marcus did it by pulling himself across lines in the dirt. Alwyn did it by steeling himself against a formidable disease. Sean did it by taking a negative, throwing out vulnerability and self-doubt, and turning it into a positive.

My mother did it with patience, love, and commitment.

Follow their lead. Build your foundation and grow your momentum so that each new challenge is easier to tackle.

Very soon, you will feel the obstacles fade and life become easier. You will achieve, without exception and without fear.

That’s the virtuous cycle of success.

Success is built on the backs and wisdom of others. Stop trying to reinvent the wheel. Grow your success with the help of Craig Ballantyne’s “The Perfect Day Formula.” It’s FREE, and full of all the routines, tips, and techniques you need to hone focus, discipline, and motivation. Get your FREE copy now.