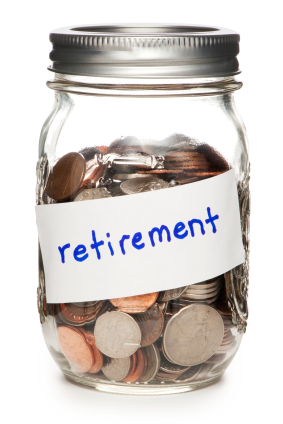 When she said, “twice the husband, half the income,” I had to laugh. I had just asked Jane, whose husband Phil had retired a few months ago, how retirement was going. Her answer underscored the two fundamental issues in retirement.

One is psychological. The other is financial. We’ll be looking at both sides of retirement in this series of monthly essays.

I had more than a passing interest in Jane’s response to my “How’s retirement going” question. I was maybe three months away from calling it quits myself. And I was already filled with anxiety about it. Her answer didn’t make me feel any better, either… particularly the “half the income” part.

Some of my discomfort revolved around the phrase “I’m on a fixed income.” I knew I was close to having to utter those words when describing myself.

For me, “fixed income” had always conjured up images of scarcity. Things like buying used tires, using rabbit-ear antennas, and drinking grain alcohol. But even those things didn’t look so bad when compared to my biggest fear about retirement:

Being forced to live on a budget.

The thought of actually having to live on one terrified me. My bride didn’t think much of the idea, either.

My aversion to budgets goes way back. I was 10 years old when my parents started giving me an allowance. Fifty cents per week. Now, $0.50 went a lot further in those days. But there was still too much of the week left when the money ran out.

So I got a paper route. And started knocking back $2.50 per week. Woo-hoo! Big stuff. I could now go to the hobby shop and buy a model car without having to save up for two months.

What a thrill spending that money was! I’ve never forgotten how good it made me feel. That allowance was my first experience with fixed income and a budget. I knew I never wanted to go back.

I know this may sound shallow. Sure, the best things in life are free. But still. Any change is anxiety producing. And I suspected this was going to be a big one.

How big (or small) was my fixed income going to be? There was only one way to find out: by doing a financial X-ray.

So for the first time in 30 years, I took a complete inventory of assets and expenses. And it raised some questions.

Why, for example, was I a member of two golf clubs in the same town? I didn’t play enough golf to justify being a member of one club, let alone two. So I resigned from one club. Savings? $12,000 annually.

There were a number of other nonessential expenses I was able to reduce or eliminate. Things I wouldn’t miss at all. For example, the third car I hardly ever drove. Or the vacant lot I was never going to build on. As I added up the savings, I only wished I had done the X-ray years ago.

But I knew why I hadn’t done it years ago. I was scared. Not having a budget was one of the ways I defined freedom. And spending money gave me pleasure. Who wants to give up freedom and pleasure?

I was also afraid of what an X-ray might reveal. Maybe it would challenge the notions I had about myself. Denial is a powerful mechanism. I actually thought I was fairly prudent from a financial point of view.

And what if the X-ray suggested some kind of budget might be in order? I already knew I didn’t want to go there. No way. But when you retire, everything changes (see Jane’s comment above).

Today, I use a tool that I call my “Retirement Spending Plan.” And I can tell you that my fears of a fixed income and any kind of budget were way overblown. The quality of my life has not been diminished. In fact, it’s been enhanced. My Retirement Spending Plan makes spending money a genuine, guilt-free pleasure. And no one is more surprised at this than I am.

Why is being on this Retirement Spending Plan better? It has a lot to do with the absence of a stressful internal dialogue.

Before I started using my Retirement Spending Plan, with every significant purchase, the conversation would go something like this. “Is this a need-to-have? Or is this just a want-to-have? Am I being responsible or frivolous? How will I feel about this later on? Shouldn’t I really be saving more money? Am I paying too much? Is this wasteful?”

And so on. In the end, with most purchases, it was “What the hell, just buy it.” So I did. And I’d get the rush that comes from the pleasure of spending.

But later on, I’d often have buyer’s remorse. And a touch of guilt and anxiety. Perhaps I should be saving more money for retirement.

Today, the buying decision is much simpler. No internal debate. Is it in the Retirement Spending Plan? If so, then it’s a yes.

Let me give you an example. In September, my wife and I took a month-long road trip throughout the Western United States. Before the Retirement Spending Plan, I would’ve agonized (internally, of course) about the cost of every hotel room and meal.

But now I have a travel plan. We’d already allocated the money for this trip. It was almost like it had been paid for. So it didn’t feel like money out of pocket. Mentally, I had already spent it. I could simply relax and enjoy the vacation. And the spending gave me a great deal of pleasure. With no regrets.

Another reason my Retirement Spending Plan works so well is the way it makes you feel. It’s kind of like being in good physical shape. I’m lighter. I feel like I’ve slimmed down. I’ve gotten rid of the excess fat. The extra weight. And it feels good. Almost virtuous.

It’s funny. For most of my life, I refused to budget because I felt it would restrict my pleasure and freedom. And while I’ve cut my expenses dramatically, I’m no less happy than I was when I was living large. In fact, I’m far happier. And free from the guilt and anxiety that were part of my life before I started using my Retirement Spending Plan.

Today, I have a much healthier relationship with my money. I’m more in control of my life and finances than I have been in years. I only wish I’d done it sooner.

So that’s the takeaway. If you haven’t done an X-ray of your financial life, do it now. And start using the Retirement Spending Plan.

To help you, here’s what mine looks like. You’ll probably need to delete some of my items and add some of your own, but it should be a useful starting point. The items fall into three categories.

The numbers in red are expenses for which you typically have no wiggle room. Things like homeowner association dues and property taxes. The numbers in yellow are fixed expenses but ones for which it might be possible to lower your costs. Most of your insurance premiums are in this category. Finally, the numbers in green are typically more flexible, such as expenses for a personal trainer and your travel plans.

You and your spouse must agree on what’s red and what’s green. My wife, for example, insisted the beauty salon had to be in red! Despite me telling her she’s a natural beauty.

Add up your red and yellow numbers to establish your absolute minimum level of income. How many and how big your green numbers are depend on how much income is left over after you’ve covered the reds and yellows. My greens, for example, add up to nearly one-third of my Retirement Spending Plan.

Once you’ve put together your plan, you have to monitor how you’re doing at least monthly. That way, you won’t get off track. You can do this manually, of course. But there’s also a host of online tools to assist you in planning and monitoring your budget. Or, if you prefer, download a blank version of my Retirement Spending Plan here.

Many of you, I’m sure, have already taken the time to assess your financial situation in great detail. I applaud you for that. You’ve taken the first crucial step in guaranteeing a successful retirement.

P.S. Mark Ford, Tom Dyson and the rest of the Palm Beach Letter team have gained quite a reputation in the short time they’ve been publishing. As I write, all 21 of their recommendations are up – many of them deep into double digits. Their latest research has uncovered an investment that has made thousands of ordinary investors profoundly rich over the last 60 years. Click Here to learn about this rare opportunity–a situation which only occurs once every 20-40 years.

[Ed. Note. Bob Irish recently retired from a long and successful career in the investment business and also wrote about investing in the past for Early to Rise. Bob is hardly poor. But neither is he super wealthy. In our view, he will be a great addition to our content because he will be writing about a way of living that we want for every Early to Rise reader.]
Posted in Personal Finance, Wealth
This error message is only visible to WordPress admins