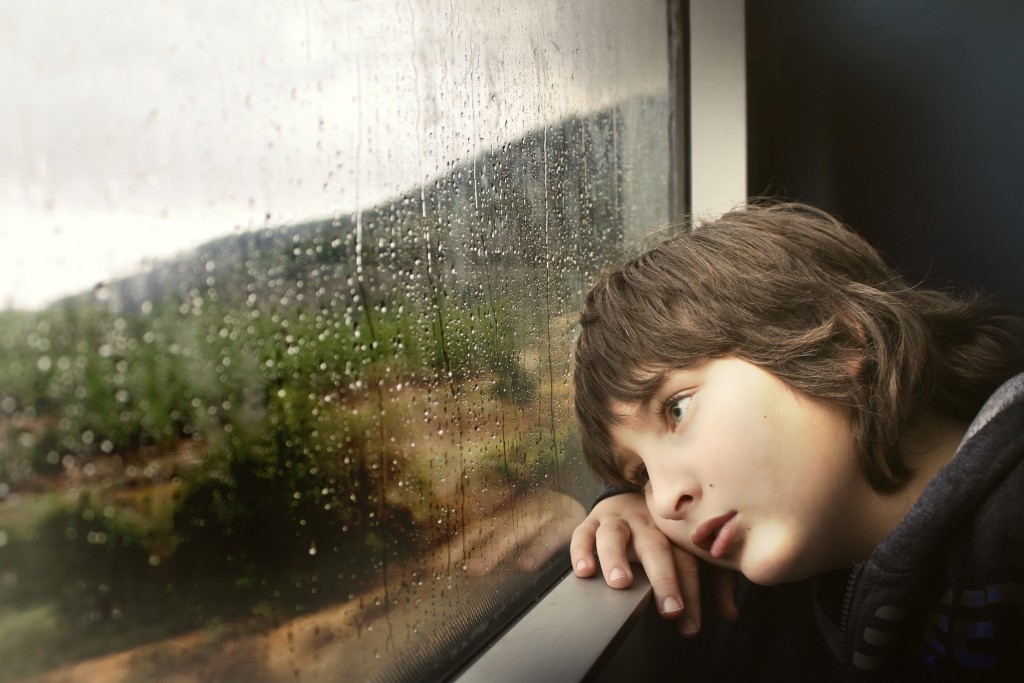 She said “No!” to me and slammed the door. She was on my paper route.

I asked out every girl on my paper route. All three of them. I liked having a captive audience. I would hand them the paper and say, “Want to go to a movie?”

Well, one girl said, “Yes,” but then the next day her brother told me she really meant “No.”

I made about $2 an hour on my paper route. It took me about four hours a day and then another five or six hours on the weekends collecting money.

One time, delivering papers, a guy drove by and yelled, “One day you’re going to rule the world!”

So I will tell you another story. Don’t tell anyone please. It’s our secret.

The local video store once gave me pamphlets to put at every house on my route. He gave me a $20 bill. I took it.

Within 15 minutes, I threw all the pamphlets in the sewer and never went back to that store.

All of this is to say:

My daughter is considering taking an $8 an hour job.

I said to her, instead of that: why don’t you go to Lynda or CodeAcademy and learn basic WordPress skills. You can make blogs for stores.

It would take you one day to learn the basics.

Then go from door to door to every store in town.

Say for $1000, plus $50 / month maintenance, you’ll make their blog or basic website for them and help them upkeep it. If they require a “shopping cart” then charge them $2500.

She frowned a little and said, “They will say ‘No.’ They don’t need it.”

She doesn’t want anyone to say “No” to her. I can relate. I don’t like it when people say No to me either.

And then the $100 a month you make in maintenance will take you about two hours a month.

Here’s another idea, I said. To be on Wikipedia, you need about 10 media references.

We were in a restaurant. I pointed at the wall. “How many reviews does this restaurant have?”

She was digging in. “I don’t know?” She looked away.

Or maybe every store needs a Facebook page? One in seven Americans are on Facebook right now this second.

Restaurants can use their page to get local customers to “Like” them in exchange for coupons and future messages.

She didn’t want to do it. It’s not a skills issue. Anyone can get the skills by studying one or two online courses for about a day or two.

She does have skills at drawing logos, editing short videos, and some basic design skills she can improve with a course or two.

On fiverr or freelancer.com, she can do an infographic for $20-50 and it would take her 30 minutes.

Why work for a boss?

Here’s my guess. She wants to work at a hang out place, so she can work while seeing her friends.

Ok, I get that. I would love to work at the same timeI hang out with my friends.

But if she started doing what I suggest, here’s what she would learn:

She Would Create Something Out of Nothing

Most jobs don’t let you create something out of nothing.

You just move some stuff over to some other stuff and get paid.

I admit I had help with that.

Seriously: if you think you don’t have computer skills, take three online courses.

Now you are in the top 1% of the world in computer skills and can charge for those skills.

The most amazing skill to learn. I’ve put in my 10,000 hours of being rejected. I am a master of rejection.

Everytime you get rejected you learn a little more about yourself, about how to approach people, about building strength, about getting out of your comfort zone.

She’ll learn to look at a situation and find what the urgent problem is, what a useful solution can be, and how she can uniquely solve it.

Your New Best Customers Are Your Old Customers

“2.” is the most reliable technique people have used since 3000 BC. Which would force her to learn even more skills and solve bigger problems for her customers.

Maybe someone wants a shopping cart integrated with a database of products.

That’s too much for my little girl to handle.

Ultimately, customers become friends. How come? Because in a good business, you don’t want to do business with people you don’t like.

Customers become friends, they become testimonials, they pay your bills, they refer other customers to you.

Customers are a good, fun thing and some of them end up changing your life.

You Don’t Need a Boss to Make Money

I hope my daughter will do one of these things but I don’t think she will.

I hope my daughter realizes the average multimillionaire has seven different sources of income. A job is only one source.

Being an Entrepreneur is also only one source.

I don’t recommend being an entrepreneur (i.e. starting a company, hiring employees, having an 85% chance of failure and depression) unless you are a masochist.

You can’t. Nobody can. And I guess that’s the whole point.

I couldn’t convince Beth Mosesman on my paper route to date me. Even though my braces were glistening with passion. My greasy hair was reflecting the sun. My paper route was reeking of luxury.

I can’t convince my daughter to make money the way I want her to.

The best I can be is a good example. Sometimes I’ve been a bad example but all I have to work with is “now.”

Right now, she’s a teenager, so she doesn’t really listen to me. Teenagers have to bond with their peers and reject their parents because 200,000 years ago, it was their peers who would save them from lions. Not old people like me.

I don’t know if I could save my daughter from a lion, but I would try.

But she still watches what I do.

The greatest miracle on this planet is that a small cloud can block the sun.

But only for a little while. The sun will come up again tomorrow. It will power the entire planet. Nothing can stop it.

What does this have to do with my daughter rejecting my advice? I don’t know.