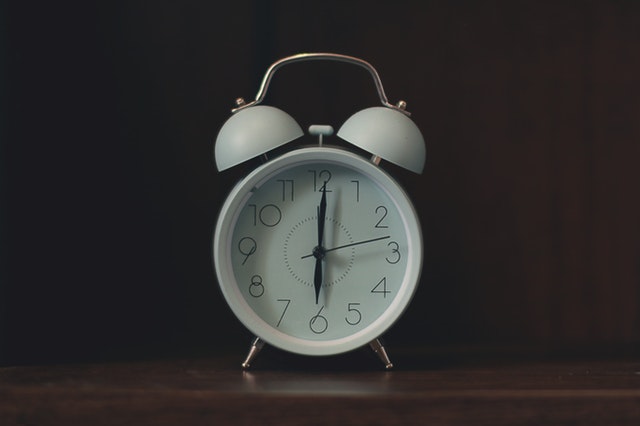 What if I told you that with one subtle shift in the way you start your day, you could have everything you’ve ever wanted?

What if, waking up a few hours before you do right now and following a few simple practices could transform your life…overnight?

What if you could build a million dollar empire, get in the best shape of your life, have a flourishing relationship, and become “ultra spiritual” just by doing a few easy things before 8 am.

I don’t blame you.

I’ve been obsessed with morning routines since stumbling across Michael Masterson’s articles on Early To Rise back in 2001.

Unfortunately, today the trend to pack “14 things” onto your to-do list before breakfast has become a trend that has made people less productive and more stressed than ever.

Although there’s nothing inherently wrong with morning routines, there are several destructive “morning myths” proliferating the internet.

Gurus and experts (who’ve never achieved anything themselves) claim that if you don’t do certain things at a certain time…you can never be successful.

But I can tell you from two decades of experience and research, they’re wrong.

How you start your morning does matter. But not in the way most self-help teachers claim.

In this short essay, I’m going to break down the five most pervasive morning myths holding you back from success so that you can control your mornings and dominate your life and business.

Every morning, my feet hit the floor at 3:57 am. 15 minutes later than Mark Wahlberg and 3 minutes earlier than the Rock.

And for me, this habit has been a game changer that has allowed me to get more done, eliminate anxiety, and achieve my biggest goals.

I’ve seen countless entrepreneurs burn themselves out and (literally) become sick because they tried to wake up too early too quickly.

Numerous studies have shown that the hour you wake up has zero bearing on your socioeconomic status or financial success.

I know multi millionaires who don’t start work until 3 in the afternoon. I know others who are still awake and working on their most important projects at 2:30 in the morning… and don’t get up until noon.

There’s no reason to force yourself into a morning routine that doesn’t fit your lifestyle just because the internet’s latest and greatest personal development guru told you to do it.

If you listen to any advice from experts, listen to this quote (from me!):

“It’s not about the hour you get up, it’s about what you do with the hours that you are up.”

Instead of trying to join the 5 am club because “everyone else is doing it”, ask yourself:

“What time do I need to wake up to meet my obligations, feel fully recharged, and have at least 60 minutes of time to myself each day?”

Then go and wake up at that time.

…These things are all great.

But they’re also an unnecessary distraction from your most important work.

As the old saying goes, “There is a time and place for everything.”

In his best-selling book When: The Scientific Secrets of Perfect Timing, author Daniel Pink states:

“Our intention, discipline, and will power and greatest immediately after waking up.”

Whether you wake up at 5 am or 10 am, the first 2-3 hours of your day are likely going to be the most valuable and productive. That’s because these are the hours that are under your control. And they need to be used accordingly.

I’m not saying you need to end your meditation practice, stop reading books, or throw your journal in the trash. In fact, I meditate, read, and journal almost every day.

But I follow these habits after I’ve already accomplished my biggest priority for the day.

And I encourage you to do the same.

For just one week, I want you to test out my “Farm Boy Morning Routine.”

Wake up at whatever time you like, drink a big glass of water or brew a coffee, and then immediately get to work on your most important tasks–the “legacy work” that will drive your life and business forward and provide a disproportionate return on investment.

When you’re done–and only when you’re done–you can go back to chanting to your affirmations, saying your “oms” and reading wisdom from your favorite philosophers.

Myth #3: Breakfast is the most important meal

One of the most prevalent morning myths is that breakfast is the most important meal of the day.

But if you’re at all familiar with the concept of intermittent fasting then you know this idea has been called into question for years.

Unfortunately, what most people choose as breakfast puts their physiological and psychological success at risk.

Even in this day and age of much healthier eating, it’s still far too common for busy people to wake up and grab a coffee and a donut on their way to the office. This leads to a spike in blood sugar followed by a crash – and often hunger, mood swings, fatigue, and a loss of mental clarity.

Well, that sounds fine, but many smoothies and juices (especially pre-made bottled brands like Odwalla) pack more sugar per serving than a can of good old Coca-Cola (45 grams for Odwalla versus ‘just’ 39 grams for Coke).

So called healthy smoothies can have the same detriments as Dunkin’s.

You’re no better off… and might even be worse.

(Besides, the tagline “America runs on smoothies” just doesn’t sound as cool.)

My challenge to you is to try this experiment.

Push back breakfast 2-3 hours after you wake up. During that time tackle your most important objectives with a clear head (and empty stomach).

You might be shocked at how you feel more focused, energized, and disciplined because your brain functioning won’t be riding a sugar roller coaster.

Try it for a couple of days and see how you feel.

You might find yourself happier and more productive for it.

Myth #4: The Mornings Are The Best time to Exercise

Again, this is another issue that is not black or white.

There are actually a few reasons that exercising in the morning can hurt you.

Your body isn’t ready for strenuous physical activity. Your nervous system isn’t firing properly. Your muscles are stiff. Your lower back is at greater risk of injury.

Unfortunately, first thing in the morning is the only time in the day when most busy entrepreneurs, parents, and executives can make time for workouts.

However, if you have the option, do what Mark Ford and I do and push your workouts to noon hour — you might find yourself more productive and improve your physical performance.

Or at the very least, exercise after getting ahead on your most important projects–like my friend Bedros Keuilian who trains at 10 am after spending three hours on his legacy work.

Try this for just one week and see what happens. The results will surprise you.

Myth #5: Your Mornings Need to be BIG

I wrote my first book, The Perfect Day Formula, in 15 minutes a day.

Every morning, immediately after waking up, I sat down to my computer, put on Chopin’s Nocturnes and wrote for just 15 minutes.

Most mornings, I could write 500 words during those 15 minutes and then get on with the rest of my day.

Little by little, I made progress until, eventually, it was finished.

And this is what 99% of entrepreneurs miss about the early morning minutes.

You can get a lot done in the ‘slivers of time’, to steal a phrase from Alice Munro, the single mother of three who won the Nobel Prize for Literature in 2013.

Some mornings, you’ll wake up before your alarm, and spend three hours dominating your #1 objective with unwavering focus.

And it doesn’t have to be.

It happens in 1% increments. By stacking one tiny brick on top of another.

If you can devote just fifteen minutes each morning to your most important task, you will be amazed by how quickly you can accomplish massive goals.

By consistently taking small action towards your #1 priority, you’ll build momentum and arrive at your desired destination faster than you would by pulling 12 hour workdays or all-nighters.

For the next week, I want you to promise yourself that you will spend just fifteen minutes on your most important task.

Do this and you will be living your perfect life faster than you ever believed possible.

Ready to take your life to the next level?

Use THIS millionaire vetted guide to morning routines to double your productivity, stress less, and live the life you’ve always wanted.