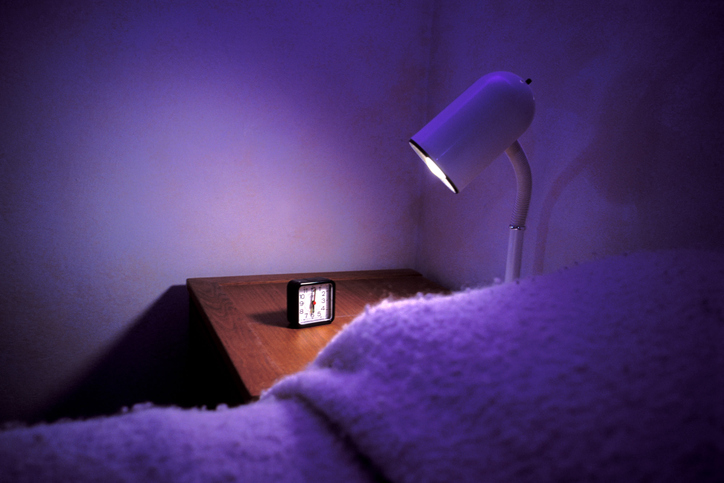 It was a dark and stormy morning. Yes, morning. An irregular warm, spring morning blessed with a magnificent thunderstorm. I sat at the kitchen table at 6 a.m., writing, faithful dog by my side, and watched nature light up the sky.

The rain kept us inside, but provided a relaxing backdrop as I continued to work on my daily ETR essays. Like each morning, no matter where my travels had taken me throughout the world, I had risen at 4 a.m. to protect my magic writing time – a period in which I am most creative and productive.

The scene of me sitting at the laptop, water and notepad by my side, word document opened on screen, had been replicated this year in Bangkok, Kuala Lumpur, Hong Kong, Vilnius, Bergen, Stockholm, Las Vegas, New York, Denver, Austin, San Diego, and of course, Toronto. That’s my modus operandi.

Early to rise, early to write.

By 6 a.m. I have more quality work done than I could accomplish had I tried to do the same job at any other time of day. And by 9 a.m. I often have more done than 95% of the working population will accomplish all day.

And so let me tell you what I believe is the answer to making everything better in your life. And yes, I do mean everything.

It’s something that Michael Masterson said not to do. He said it was fine to encourage you to work in your magic time, but not to insist that ETR readers get up early.

Well, there’s a reason our website is not called GetUpAt2pm.com. Both Michael and I know that deep down that part of the solution to almost all of life’s problems is to get up earlier.

Of course, I hear your protests. “I’m a night owl,” you say. “I just can’t get up early,” another replies. “My brain doesn’t function in the morning,” says another. The rest of you chant in unison, “You’re just a weirdo!”

Well, thank you, I take that as a compliment. Knowing what we know about the average person, it’s better to be as far from normal as possible. But I also understand that one strange Canadian’s experiences with early mornings is not enough evidence to convince a jury of my peers that getting up earlier is a) the solution for everything, and b) at all possible.

For that, we need to look at other examples. Here’s one that all of our night owls will have to appreciate. It’s the story of what happens when a man – one that has lived on a tour bus with Motley Crue, infiltrated the pick-up artist (PUA) sub-culture to become one of the most legendary PUAs of all time, and that has written a book on surviving the apocalypse – changes his long-time night owl schedule and gets up early.

His name is Neil Strauss. You might have read his books, The Dirt, The Game, or Emergency. Then again, I’m not sure how many Motley Crue fans there are on the Early to Rise email list. However, I do recommend Emergency as a book that everyone would benefit from reading.

Neil’s career as a writer for Rolling Stone magazine clearly lent itself to working late hours. After all, when the guys from Motley Crue are up at 6 a.m., it means they are STILL up at 6 a.m. As a result, Neil spent years working late at night and sleeping into the day.

That said, during his research for a time management project, he discovered – not to anyone’s surprise – that most books recommended getting up earlier. He put the advice to the test in an article posted on his website. Here’s what Neil experienced and described to his Inner Circle.

“I recently tried an experiment. I decided to see if I was a morning person. Instead of staying up all night writing, I decided to do one of my thirty-day experiments: I spent a month going to bed at 9:30 p.m. every night and waking up at 5:30 a.m. Though it meant dashing out of dinners early, turning down all nighttime plans, and going to sleep with work still unfinished, I discovered that I was much more productive this way. By the time most of my friends were waking up, I’d already finished much of my work for the day.”

Still not convinced. Let’s look at some research.

A recent study from the University of Toronto surveyed over 731 adults. Regardless of their age, waking up early was associated with a better mood. “Earlier risers reported feeling more positive emotions compared to night owls,” explained one of the researchers. The authors suspected that the positive mood was related to the increased amount of sunlight exposure experienced by those who woke up earlier.

I hope that Neil and the research – and perhaps even lil’ ol’ me – have given you enough reasons to try making an earlier start to your day. First, you’ll be amazed at what you can get done with a little extra alone time either at home or in the office. When it’s just you and no distractions, you’ll be shocked at the clear thinking you can get done.

To maximize your morning, start the night before.

It all begins with clearing your schedule, setting expectations, getting your subconscious brain to begin working on the tasks overnight, and then limiting distractions during actual work time.

As Neil Strauss added in his article, “Have a plan and a direction. Know what you want to accomplish: not just for the day, but in the big picture.”

With a clear schedule and mind, and a focused to-do list that has been properly seeded with preparation from the night before, you’ll be able to wake up as productive as possible. The early morning is magic time. For everyone.

If you want to get ahead in life, get up early. I know it’s not politically correct, and it’s probably not the advice that you wanted to hear, but it’s the truth. Stay in bed and you’ll regret it, get up earlier and you’ll have more success in life.

Your challenge: Get up and start working at least fifteen minutes earlier next week. Don’t let anything or anyone pollute your mind. Attack your work first thing in the morning. I guarantee you’ll get more done and get ahead. You might even be happier.

Posted in Motivation, Productivity, Self-Improvement and tagged change to your day
This error message is only visible to WordPress admins