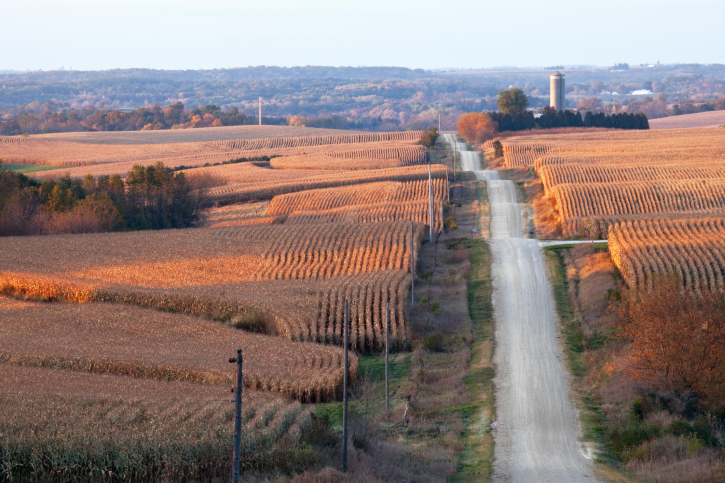 It was an odd place for deep conversation. I ran into my friend Rob in the hallway at a large Internet Marketing seminar. “Hey Rob,” I greeted him with enthusiasm, “It’s been a long time.”

“Craig,” he said with hesitation, “I’m sorry I haven’t been in touch lately, but my mother passed away.”

“Oh Rob, I’m sorry to hear that,” I replied sincerely as we sat down amidst the hustle and bustle of seminar attendees.

“Thank you. I appreciate it,” he said with gratitude. “You know, seeing you write about your dad in your email newsletters really helped.”

I nodded and thanked him. Back in 2009, the year after my father passed away, I wrote a series of ‘personal notes’ that I shared with my fitness readers. These included the many lessons I learned from my old man (mostly by watching him and learning what not to do – a topic for another day, perhaps).

As Rob and I continued our conversation, he said something that brought back vivid memories of the final day I spent with my father, one that reminds me to make the most of today.

“It was the strangest thing,” Rob started to describe, “When my mom was in the hospital those last days, she hardly recognized anyone. Then one day, she sat up and we had this really great conversation, as if everything was fine. The next day, she passed away.”

His story hit me hard. I had the exact same experience with my father.

On a beautiful sunny Saturday morning, September 6, 2008, to be exact, my father, who was very sick with cancer, wanted to go for a drive. That’s how we had spent most of our time together in the last 18 months after he was first diagnosed with his illness. We’d hop in his truck, and I’d drive him around through the countryside to “check out the corn” or to visit his old buddies.

About a month before this sunny September drive my dad had been rushed to the hospital with severe abdominal pain. He and I rarely spoke about his illness, and frankly I don’t think he ever accepted that he was dying, but I talked to his doctor who said my dad might be able to make it to Christmas. That was my expectation as we set out on our drive that late summer morning.

It turned out that Dad was in great spirits that day. He was moving better than he had been in weeks. This gave me a false sense of hope that he had turned the corner with his recent struggles and that he’d be this way for weeks.

Our first stop that morning was at a cousin’s house to check out their new barn, and then we visited a gentleman who often sold my dad tractors. (That was my father’s hobby, collecting and restoring old tractors.)

It was one of the best Saturday mornings of my life, and my optimism increased for a fall filled with similar drives through the countryside. We finished off with a trip to the local burger drive-in where my dad wanted to pick up a couple of milkshakes (that’s about all he could tolerate eating at this stage).

Once we arrived home, he went to lie down, and I went out to the mall to buy him a new TV. I had my eye on a nice big 40-inch flat screen that would keep him entertained throughout the night when he couldn’t sleep.

When I arrived home with his gift, his condition had already started to change. He wasn’t really in the mood to watch TV and just wanted to sleep. That was fine, and we agreed upon another drive in the morning.

But he never did get a chance to use the new television set.

The next morning he woke up at 6am with severe abdominal pain. I brought him to the hospital where he was admitted, rushed to intensive care and placed on mind-fogging pain medications. We never did have another comprehensible conversation after that, and he passed away just two days later. Fortunately, my mother was able to get in contact me with at my home in Toronto, and I raced back to the hospital with fifteen minutes to spare so I could see my father one more time.

During the subsequent funeral home visitation for my father, I recounted this story over and over again to those who came to pay their respects.

My aunt nodded her head and explained this ‘great day phenomenon’ is a common occurrence. For some reason, many terminally ill people have a short-term revitalization for a day just before death.

They perk up, they move with ease unknown to them for months. They are alert, even chipper. They give optimism to their friends and family, and one more chance to visit with the person everyone used to know.

They took advantage of whatever the source of energy it is to give everyone one last memory. They gave one last glimpse of all the great days that had come before.

It happened for my friend Rob with his mother, and it happened on that sunny Saturday in September for me.

Whatever the source of my father’s vitality that day, it gave me one last important memory to hold onto – to remember what really matters in life.

Listen, I hope you’re in the greatest of health, but I also hope that you are taking time for what really matters in your life.

Our minutes are not best spent surfing over to another news website, or watching another television show, or arguing on the Internet.

How we spend our time is the most important decision we will make in our lives. What we do with each minute of every day determines our legacy, what our children will remember, and what we will leave behind.

Live every day with purpose. Live every day according to your mission and your plan. Have a vision for what you want to accomplish, and act in congruence with it.

Love deeper, speak sweeter, and give the forgiveness you’ve been denying.

Live passionately, live honestly, and live the best life that you can.

What can you do today to ensure that you are living your life to the fullest?

[Ed Note: Craig Ballantyne is the author of Financial Independence Monthly, a complete blueprint to helping you take control of your financial future with a web-based business that you can operate from anywhere in the world – including a coffee shop, your kitchen table, or anywhere around the world where there is Internet access. Discover how you can achieve the American Dream and your financial independence here. You’ve never seen anything like this before.]
Posted in Family, Lifestyle, Motivation, Self-Improvement, Spirituality and tagged energy, health
This error message is only visible to WordPress admins