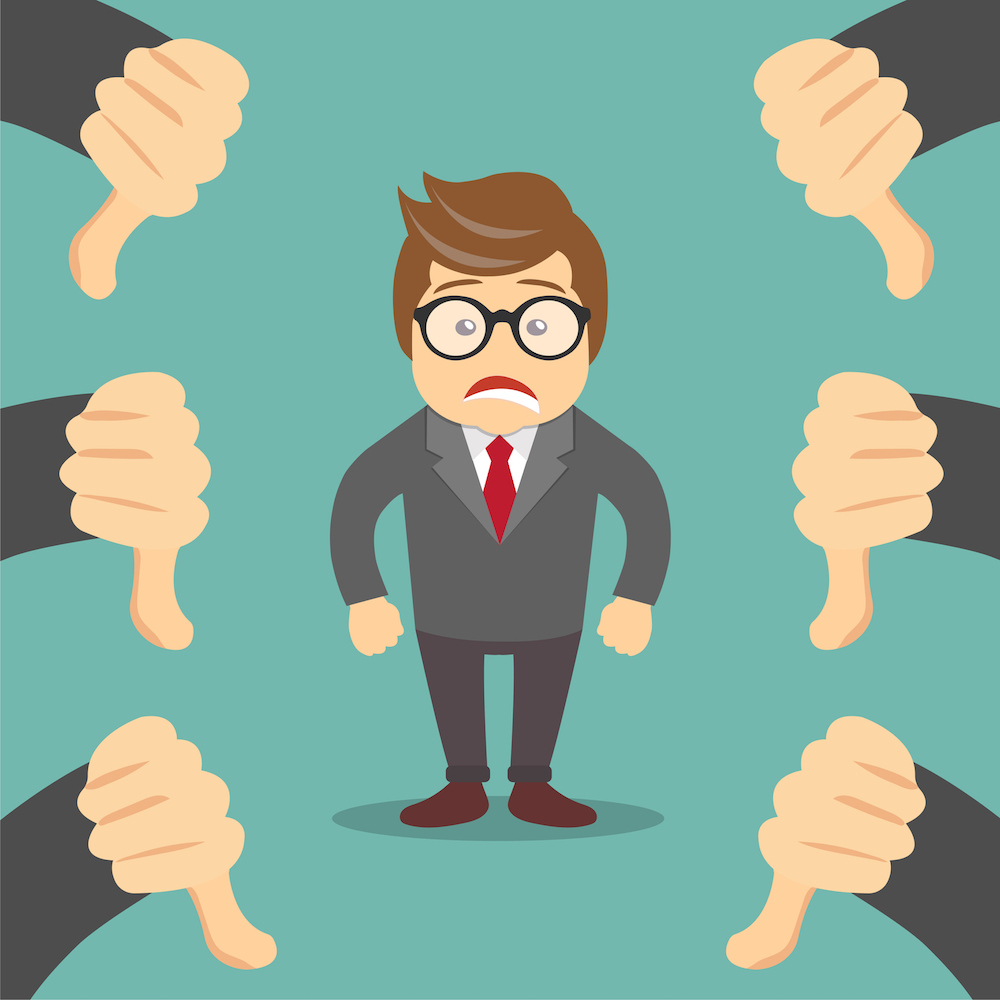 When I was in sixth grade, my science class was tasked with a very important assignment: Research the water cycle.

As simple as that sounds, there were actually several high-stakes parts to the project. First of all, our research would serve as the foundation of new community water conservation efforts. Second, because there were so many moving pieces to the project, we had a very strict deadline. The pressure was on.

Now, my sixth grade teacher was perhaps one of the best educators I’ve ever known. But the day the water cycle project was announced, he turned this shy, introverted, self-doubting little kid (me) into a ruinous failure.

You see, at the start of that day’s science class, Mr. G told us he was going to appoint a student leader. He, meanwhile, would sit back and watch things unfold, only stepping in to ensure that our research was completed on time.

He spelled this out in guttural ramblings that Wednesday morning as he ambled back and forth in front of the class. As he did so, he fingered a bulbous piece of white chalk. Then he stopped.

He looked at us intently. So intently, the room sank into silence.

With the chalk pointed at the class, he punctuated his speech: “The student I give this piece of chalk to will be your leader,” he intoned. “You will follow this person and take their direction as if he or she were your teacher. Understood?”

Everyone nodded. We knew what this responsibility meant. If we succeeded in completing the project efficiently, we would have the praise of not only our peers, but of a teacher we all revered. More than that, the whole school would acknowledge us as the victorious flag-bearer of the legendary sixth grade water project.

But if we failed, we would be a disappointment to Mr. G and the school. A pariah. A leader who wasn’t respected. A classmate without friends.

Another pause lingered, and then, stretching out his hand toward the first row, Mr. G handed me the piece of chalk.

I took the chalky stub with sweaty palms and reluctantly crawled to the front of the classroom. Mr. G walked back to his desk, sat down, and glared at his still-frozen fit of science students. “Well?” he prodded. “Get on with it!”

The floodgates opened. Arms shot up. Voices surged in a cacophony of “What if we…” proposals—not a one of them solicited. I didn’t want to offend anyone, but I I knew the chaos would be our downfall, so I calmly tried to muscle order out of frenzy. No one listened to my plaintive, “Please calm down, let’s just talk one at a time!” It was pure madness.

No one waited to be called on.

No one respected my authority.

No one saw me as a leader.

It was a disaster.

Fifteen minutes into the melee, Mr. G launched from his desk chair with a furrowed brow, lunged for me, and pulled the chalk from my hand. He gruffly told everyone to sit down and shut up.

I knew I had failed.

Fortunately, I’ve had more than two decades to parse my sixth-grade defeat. For many years, I shied away from voicing my opinion or articulating my thoughts simply because of criticism—criticism that reminded me of my water project failure.

We have all had these moments. And for some of us, early rejections, failures, or aggressive criticism can force us back into our shells. We don’t stop thinking or imagining, but we do stop sharing.

And that’s a damn shame.

Over the last 10 years or so, I’ve made a conscious effort to correct my “tortoise reflex” and share ideas openly. But it wasn’t easy.

First, let me explain why I did it.

I have always wanted to contribute to the betterment of society. That’s been my drive since the earliest days—and I’m sure it’s true for you, too. But what I realized as time passed in my shell, was that opportunities floated by as I watched from a safe distance.

Friends suffered needlessly because I feared they would reject my help and insight.

Coworkers limped through money-bleeding projects because I was afraid they would disagree with my input.

Teachers missed out on fresh perspectives because raising my hand might mean embarrassing correction in front of peers.

Even some businesses struggled with growth and development because I thought myself too inexperienced to offer them anything of value.

At some point in this sea of missed opportunities, I had an epiphany:

I was far too focused on my own survival. Yes, I could make the world a better place, but only if I stopped worrying so much about me.

You see, my drive has not changed. I still want to make people better, my community better, society better. And that purpose—that “why”—is far bigger than I am.

So I started leaning on my “why.” As thoughts crept into my head during work meetings, family conversations, and social gatherings, I would counter my “tortoise reflex” with an unquestionable truth: This is bigger than you. Your ideas are worth sharing.

So I did. And with that sharing, came growth. Not everything I threw into the mix made life better, of course, and not everything was heard. But a lot of it did help. And when it didn’t prove favorable, at least it sparked in-depth conversation, bigger ideation, more ambitious thinking, and renewed excitement about the future.

It helped to make the world a better place.

Even better, that idea sharing has made me a better person; I can now hear response and criticism not as a reflection of me, but as a means of honing my “why.”

Have I sweated out my share of presentations, still struggling with the red letter days of failure? Of course. But now I know it’s worth it.

It’s worth it for you, too—for your dreams of growing a business, a family, a new community, and a better life. Because however different you and I may be, we do have one very important thing in common:

We are driven to accomplish something that is bigger than ourselves. And that is far too important to be compromised by a fear of criticism or failure.

Be Inspired to Overcome all Odds and Achieve Unimaginable Success

Listen to the inspirational story of Jason Phillips on ETR Radio. >>>