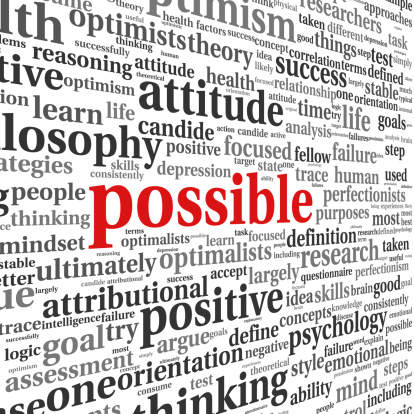 He was my hero. I was just a 5 year old kid when this “Superman” came to town. And to this day his story still brings a tear to my eye.

What he achieved, against the obstacles he overcame, makes almost everything we struggle with seem so inconsequential in comparison.

His story below, but first, I have three questions for you.

The answers determine your future.

What are your real limits?

What beliefs do you have about yourself?

What limits are you setting on yourself because you are thinking too small?

Most people put up walls in their minds, blocking them from success.

But my childhood hero, Terry Fox, refused to do this.

In his early 20’s, Terry, stricken with cancer that had already claimed his right leg, set out on a cross-Canada marathon of hope.

The year was 1980. I was only 5 years old at the time, but it left an impact on me that still drives me to this day.

Terry began his marathon of hope long before fundraising runs became popular. His goal was to run across Canada, raising money for cancer research. And he started with just himself and a buddy in a van.

He ran through snow and ice in Quebec, where he was nearly – and literally – run off the road by drivers that were angry at him for being there. No one understood what he was doing. To them, he was just some dumb kid risking death running on the side of a highway.

He ran those first few weeks of his marathon of hope – with no hope from anyone else. Even his buddy, the van driver, doubted the mission.

Yet Terry ran a marathon each and every single day – on one leg.

Circumstances didn’t stop Terry. He believed. Terry’s mind had expanded to create a vision. In his vision, people would take notice of his run, pay attention to his cause, and they would support cancer research to help fund and find a cure for the disease that would ultimately take his life far too soon.

Terry was eventually rewarded. As he crossed into Ontario, Canada’s most populous province, word had spread. Major media outlets began to pick up on this marathon of hope by an ambitious, yet doomed youngster.

By the time he reached Canada’s political and metropolitan capitals, Ottawa and Toronto, he was being met in the streets by thousands of well-wishers.

I still remember the day he came to Stratford. It was July 20th, my father’s 41st birthday. A big deal was made for our family to go and line Ontario Street, the main road running through our town of 27,000 people, to see this young man on a mission.

Thousands of people were there to get hope of their own. To expand their minds about what was possible.

Terry was the original sports apparel slogan. He was the first to turn Impossible to I’m Possible. He truly Just Did It. Terry was all about the positive side of life, loving every minute despite the hardships he battled.

Doesn’t he inspire you to be stronger against yours?

Imagine Terry’s troubles for a moment.

Imagine running a marathon a day on one leg, in 1980, with a poorly made prosthetic limb, without fancy footwear, or good nutrition (because he was doing this on a tiny budget), or proper recovery (because he was sleeping in a van down by the river after each marathon)!

There was no quit in Terry. He embraced the pain. It drove him every day.

“Maybe that’s why I’ve made it as far as I have – 2,521 miles. If I ran to a doctor every time I got a little cyst or abrasion I’d still be in Nova Scotia. Or else I’d never have started. I’ve seen people in so much pain. The little bit of pain I’m going through is nothing. They can’t shut it off, and I can’t shut down every time I feel a little sore.” – Terry Fox

How do you react to pain, to struggle, to setbacks?

Do you see the obstacles? Or the opportunities?

Do you count the problems? Or do you focus on creating 2 solutions for each?

The former is limited thinking. The latter is the attitude you must take.

You need to be like Terry and believe that anything – and everything – is possible for you.

You need to expand your mind about what you and your body can achieve. You must blow up your self-imposed limits. You must expand your vision.

Pause for some self-reflection.

What are your limits?

Who puts up those walls and fences that define your limits?

Can you knock them down and expand your vision?

Of course you can.

Yes, I understand that what we believe is often seeded by others, for better or for worse, and often for the latter.

But it’s only because we never reflect, we never sit back and think, “Wait a darn minute, who says I can only do ABC? I know that I can go all the way to XYZ.”

You must think bigger.

You must make little bets.

You must take bigger steps.

Suddenly you’ll see that your own marathon of hope is possible, as it was for Terry.

In a made-for-TV-movie about Terry, there comes a moment where he leaves the hostile reception of Quebec and crosses into Ontario. His face lights up at the border. He knows that this is where his vision will come to life. He is gaining momentum. He knows the tide is turning. I can only imagine that his mind expanded again on that day.

Sadly, that was the last border that Terry would cross on his own.

After making it through southern Ontario, where over a third of Canada’s population resides, raising millions of dollars and cementing a legacy that remains today, Terry received the news that he and all his supporters feared.

His cancer had returned.

After 143 days and over 3,339 miles, from Newfoundland, where he had begun by sticking his toe in the Atlantic, his marathon of hope came to a tragic end. On September 1st, 1980, Terry was forced to stop running outside of Thunder Bay, Ontario. The cancer had returned, this time to his lungs.

Terry would never get the chance to dip his toe in the Pacific, the dream ending for his marathon of hope. But what he did was bigger than the ocean itself. His impact was greater than anything that Terry could have imagined.

Terry said, “Even if I don’t finish, we need others to continue. It’s got to keep going without me.”

And so it has.

Each September, thousands of Terry Fox runs take place in communities all over North America. The Terry Fox Foundation has raised over $600 million for cancer research since 1980. His legend will never die. In fact, it only grows and expands each year.

Rare are stories about men or women as innocent and inspiring as Terry’s.

But there is a little – or a lot – of Terry’s fighting spirit in all of us.

We need to know, as Terry knew, that we are capable of so much more.

Terry epitomized big thinking. His mind expanded beyond easy possibilities. He communicated a vision that others could – and would – get behind. And all that from a young man that just as easily could have holed up and hidden behind a wall of his own making.

“I’m not a dreamer, and I’m not saying this will initiate any kind of definitive answer or cure to cancer, but I believe in miracles. I have to.” – Terry Fox

So what are your limits again?

What are the self-limiting beliefs that keep you in shackles?

Are you ready to expand your vision?

Are you willing to believe in miracles? You have to.

Dream bigger. Knock down the walls. What was laid brick by brick over the last twenty, thirty or forty years of your life can be smashed away.

Take stock of your talents, your support, your goals, your dreams.

If you want to transform, then take your dreams and expand them.

Get the five pillars of transformation in place: Planning, Accountability, Social Support, an Incentive, and The Deadline.

Terry had those all. He started with very little support, but it grew. It was all powered by the massive incentive he had, the deadline that spurred him, and the biggest dream that our country of Canada may ever have seen.

Terry showed what is possible when you believe.

Now it’s up for you to believe in what is possible for yourself.

Terry not only ran to find a cure, but to give you hope, to show you that you can achieve great things, at any age, under any circumstance.

Please take his message to heart, no matter if you’re trying to lose fat, change a bad habit, overcome an addiction, or bring your family closer together.

You can do it. I believe in you. And Terry would have believed in you, too.

Expand your mind. Spread your vision. Think bigger. Take action. And never, ever, EVER give up on what is important to you.

Dip your toe in the ocean of possibility, and head out on that road.

We are behind you all the way.

[Ed Note: Craig Ballantyne is the editor of Early to Rise (Join him on Facebook here) and the creator of a unique method to improve your mood and daily productivity. Fifteen minutes a day will ensure you are making progress on the most important items actions and most important relationships in your life. Check out this unique method here.]
Posted in Motivation, Self-Improvement
This error message is only visible to WordPress admins