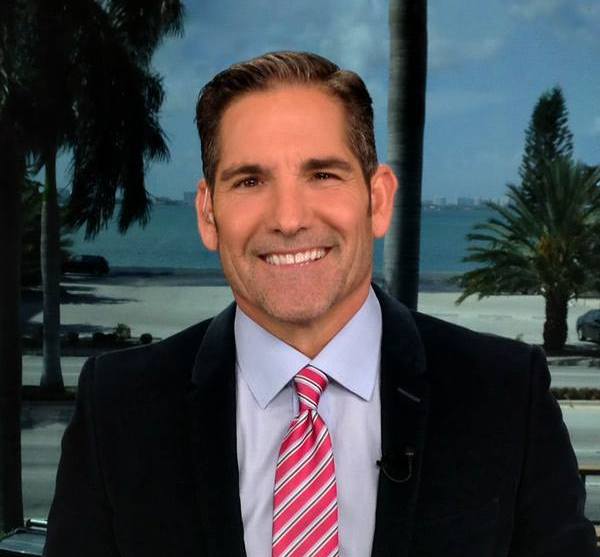 Grant Cardone is an international sales expert, business innovator, motivational speaker, and New York Times bestselling author. His books include If You’re Not First, You’re Last, Sell or Be Sold, and The 10X Rule. His latest book, Be Obsessed or Be Average, is due for release later this month.

Grant is the creator of the Grant Cardone Sales Training University as well as his own television network through which he produces “Whatever It Takes,” a series that challenges job seekers to see if they make the cut to join his company, and “Cardone Zone,” where he offers business, career, and financial advice. Early to Rise caught up with Grant to talk about what inspires his TV shows and other endeavors, and the routines and principles he follows for success.

I got into sales decades ago after I graduated college with an accounting degree but couldn’t find much work, so I landed a sales job instead. I sucked at it until the age of 25 when I finally committed to it and became a true professional. I wrote sales training material for my own company but didn’t officially write my first book for the masses until 2008, Sell to Survive, which later became Sell or Be Sold. I knew my material needed to get out to more people.

“Turnaround King” was a TV show where I wanted to demonstrate that I could sell anything to anybody, anywhere, and that even the worst performing businesses could be turned successful if they just implement the right sales techniques. Everything in life is a sale and everything you get is a commission. “Whatever it Takes” is a motto that I hold and was the original name of GrantCardoneTV. More people need to be willing to do whatever it takes to make their dreams come true.

It takes a lot of work to get a TV show. The lesson is that you have to be sold on something more than anyone else. If you aren’t sold on it, it’s not going to happen. The world isn’t going to come and make your dreams come true.

We all can relate to the four levels of action that the book talks about. They are: doing nothing, retreat, normal, and massive action. We all, at different times, have experienced these four stages. The book is popular because people relate to it, they know it’s true, and there is a solution to their problems. It’s not an easy solution — taking massive action — but it’s better than any alternative. The truth is, it takes more work staying poor for a lifetime than getting rich once.

I just finished Be Obsessed or Be Average. This book is epic. You’ve said the principles of selling can be applied to all aspects of life. How so? I wouldn’t have Elena as my wife if I didn’t know how to sell myself. I called her twice a month for 13 months before getting a date. Having been in sales for a number of years, I knew the difference between complaints and objections. There is a difference between creative persistence and stalking. Elena will tell you she never felt threatened by my pursuit. I kept it light and sweet. I never creepily stood outside her house, and never made her feel wrong for not calling me back. But I stayed persistent and sold her on letting me take her out on a date. It was a sale, though no money was exchanged.

The Closer’s Survival Guide is packed with specific closes and word tracks you can use to close the deal. It’s great, GREAT material that will jack your income up if you learn them, practice them, and use them.

I have purpose. Without purpose, it’s just a job. I’m not into just punching a time clock. I have a reason for working. My advice for anyone out there in need of inspiration: find your purpose.

Stay positive. You will not be successful if you are a negative person.

Have a no-negativity-allowed policy because those around you can drag you down with their negativity.

I like to see the sun pop up. In fact, I like to beat it. I’d encourage everyone reading this to be the first one up in your neighborhood.

I like consistency. I wake up, work out, eat healthy, go to work. The more consistency you can have in life, the more productive you’ll be. Don’t just wing it.

It’s pointless in my view to worry about time management and balance. I’m not interested in balance. I am interested in abundance in every area. I don’t want to sacrifice one in favor of another. Everyone’s priorities are different. But if success is a goal, then I would suggest you spend most of your time doing things that will create success. Don’t spend so much time creating to-do lists — just start taking action.

When I was 25 I invested in myself with a sales training program. I’ve learned many things since, but that initial commitment, that decision to better myself, was what propelled me to where I am today.

I’ve had many mentors. That doesn’t mean I sit with them in person over coffee. I can be mentored by someone through one of their books. I’ve been mentored by Warren Buffett, Mark Cuban, Napoleon Hill, and many more.

When I was 25, I went to visit my mom and at that time was drunk and on drugs. She told me to not come back until I got my life together. Being kicked out of my own mom’s house was the best thing that could have happened to me

If you believe in your product or service— I mean truly believe in it, then you will stick with it. You have to learn sales skills no matter how much belief you have, but that’s where it starts. You don’t have to be an entrepreneur to get rich, by the way. Get a job at the right company and invest wisely — not everyone needs to have a startup.

Tara McMeekin is a contributing writer for Early to Rise. She has been in publishing and editorial for more than 15 years.